"Please leave. Just...leave me alone!"   "I've been looking for you for days, Grila." Ven'gar stepped into the damp, rundown room. It reeked of mold, sweat and drugs. A flickering neon sign outside was the only light. Grila was slumped over an old chair in a corner. She was shaking. "I figured you'd be here though." Suddenly, he understood. "You took the test, didn't you?"   "I am the murderer they said I was..." she stammered.   Ven'gar walked closer, the sound of his boots against the naked concrete floor echoing through the room.   "Don't come any closer!" She made a stopping motion with her hand. He spotted her clutching something between her fingers before she quickly pulled it back to her chest.   "Grila, what's that? Are ... are you on drugs again?" His voice was laced with both concern and accusation.   She slowly turned to him. Her entire posture was hunched. Like a pet waiting to be kicked.   "This canister contains enough poison to kill everything in this room. I need only smash it and the gas will fill the room. I... I only want to harm myself. Please leave!"   The sound of the streets outside slowly grew to an overwhelming crescendo over the deafening silence in the room. Ven'gar found himself counting his own heartbeats.   "Then you'll have to kill me too, because I'm staying." He said, carefully, weighing his every word. He crept closer to the huddled woman.   Grila whimpered. The tension made her lose control of her voice. "You don't understand!" she screamed. "There's a part of me that cares for you Ven'gar, more than I've ever cared for anyone." Her face contorted in a mask of shackled rage. "But there's this other part of me that would gladly watch you die!"   "Grila", Ven'gar's voice was but a whisper at this point. He held out his hand. "Give me the canister. You don't have to do this."   She recoiled out of the chair as he walked towards her.   "Stop. Calling. Me. That! Ven'gar you don't understand! I'm not her anymore." she begged, tears flowing down her cheeks. "There's two people inside of me and one of them is a monster." She reached the corner of the room. She glanced towards the wall, but looked back to Ven'gar. "Every day she grows stronger. Given time, she will win!"   "No she won't." Ven'gar was pleading now, unable to imagine life without her. "You won't hurt me. I don't believe you will. There has to be another way, Grila."   In an instant, she was gone. Her eyes blackened and she bared her fangs in a defiant growl.   "I'm not. HER!" she roared and pounced on him, claws and fangs bared.
— The tragedy of Gelsir

Gelsir is a chronic neurodegenerative disease that only affect adult kuna. The cause of the condition is neural change in certain parts of the kuna brain, causing increased aggressiveness, metabolism and loss of conscious decision-making. The degeneration of the brain also cause gelsir kuna to gain increased muscle mass and become stronger, faster and more agile.   A gelsir kuna (referred to only as a gelsir) is an aggressive predator with no regard for social rules. It will attack anyone it sees as a food source. A Gelsir is little more than a lethal, bloodthirsty predator.

Gelsir is congenital and genetic in all Kuna. There is no known cure, and every Kuna is born with the condition, but modern medicine can stave off the symptoms until an advanced age or even entirely. Only about 1 in 100 000 develop the symptoms every year in Fusion City and thanks to medication, most of those life full lives up until natural death.

There is a big business making preventative medicine to sell to Kuna who are afraid of the condition. Whether these medications really do anything or not is still up for debate. The companies sure claim that they do. The only medications so far with scientifically proven results are the inhibitors given to those who are already afflicted. Those can provide real results, staving off the later stages of the disease for years. 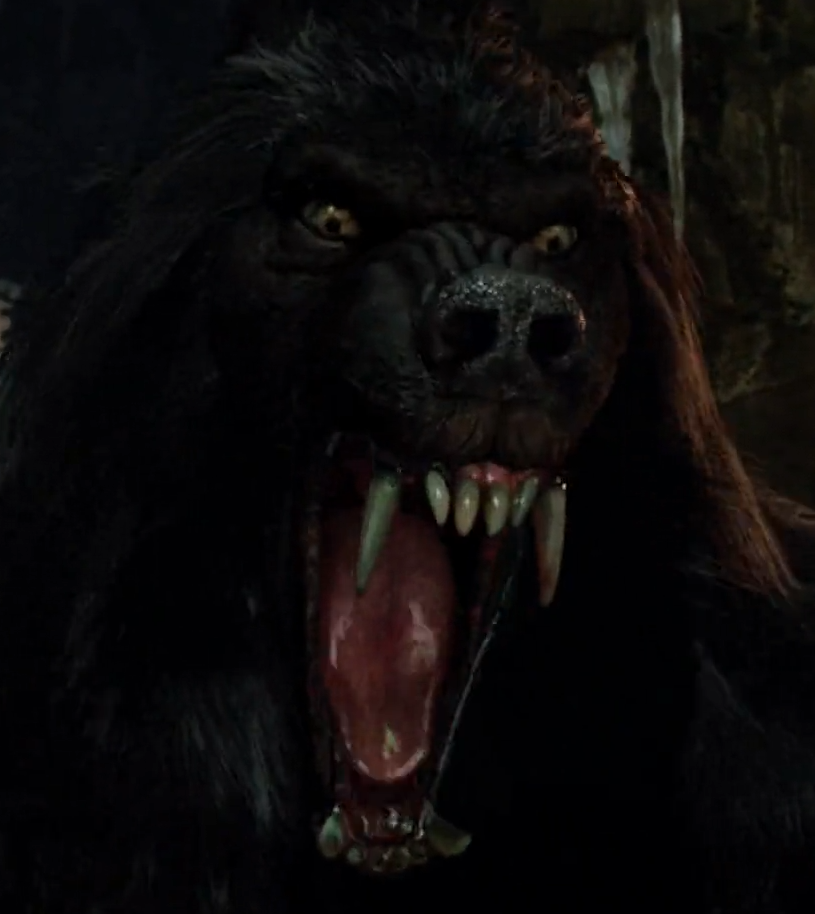 A Kuna that reaches advanced stages of Gelsir is referred to as a "Gelsir" to differentiate them from healthy Kuna. This is less benevolent than you think. Due to how society treats advanced Gelsirs, a strong emotional disconnect and "dehumanization" is desired. It is easier for family and friends to accept the cruel treatment of Gelsirs if they are no longer seen as a person.

The Gelsir have lost all higher brain functions, being more of an animal than a person. A Gelsir displays heightened aggression and is territorial and confrontational. Multiple Gelsir brought together display limited social adaptation and may form a pack with the strongest/most aggressive in the lead, provided they don't kill each other first.

There is no cure to Gelsir, even with advanced genetic manipulation. However only about 1 in 100 000 individuals actually develop Gelsir symptoms, even without medication. The only known "prevention" for someone displaying early symptoms is to delay or slow down the full onset until after death. There are several medicines available on the market that claim to delay the onset of Gelsir and a few of them even have scientific support to back their claims up. These medicines, while expensive, show success in slowing down the development of Gelsir. Because of their high cost, most Kuna only take them once they develop early symptoms.

Gelsir has been known for a long time and there are historical records stretching as far back as early feudal times that describe the condition. There are several proposed treatments for the condition throughout history, some more successful than others. The loss of all wildlife and nature have made these treatments unavailable, but modern chemical medicine have been able to synthesize alternative treatments.

Thanks to the condition being well understood by science, the response to Gelsir-afflicted individual is one of pity. While many can go on living with the disease without progressing too far, their increased aggression and confrontational behaviour can become taxing on their close friends and family. Law requires Gelsir individuals to have a medical check-up every 6 months to determine the state of their disease. If determined to be too far gone in the progress and the prognosis is negative, the individual is exiled to the wastelands.

They are given enough supplies and equipment to survive on their own for a week, transported outside the city gates and left in the wastes to fend for themselves. Most individuals left this way consider suicide by medicine to be a gentler end, and the suicide statistic for advanced Gelsirs, who have received their exile orders, is shockingly high. 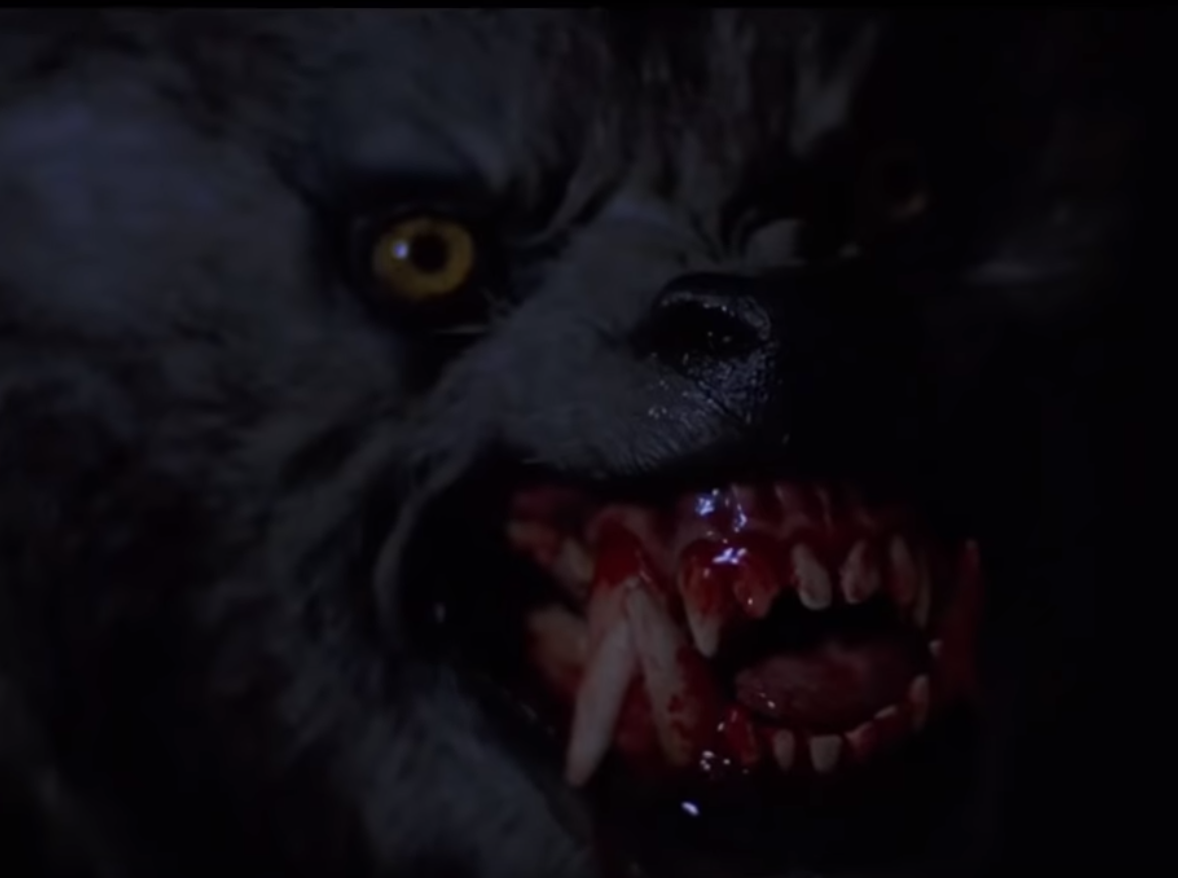 An American Werewolf in London by Universal Pictures
The story of a person lost to primal instincts is a powerful story-telling tool and there are both authors and film-makers who are not beyond exploiting the shock value of gelsirs in an effort to make money. It's a well established belief that the folk-stories of "monster wolf" people is based upon Gelsirs, also indicating that the disease has been present in Kuna populations for well over 2000 years.

People in general have a fascination for horror and gore stories and Gelsir is a common ailment, so there is no mystery as to why these stories keep popping up. Likewise it's no surprise that every time a new movie, game or written work is released "exploiting" Gelsir, the debate on the morality of depicting Gelsir flares back up. The tone of the debate varies in severity, usually in relation to just how exploitative the artistic work is.

There have also been a couple of works exploring the Gelsir state in an effort to raise understanding and sympathy for the afflicted, depicting the disease's progression from the victim's and their family's perspective. These works receive more favorable reviews, but there's also the usual outcry from those who believe Gelsir should not be talked about at all, or raise the argument against the artists that "You're not Kuna, so you cannot possibly understand".

A well-known, but not widely discussed, phenomenon in Fusion City is the "goon dog", a non-registered Gelsir Kuna who has been tamed, or subdued rather, to be used as an "attack dog" or price fighter. Cage fights, where feral Gelsir are pitted against each other or voluntary challengers, are popular in the shadier parts of the city and the amount of money involved is staggering. Keeping a Gelsir in the bounds of the city is illegal, as are cage fights without prior consent from the participants, but that doesn't stop goons from running them as the profits are worth the risks.

An incredible take on a rage disease! I love the way you describe the symptoms and the stages of infection. The part that i had the most fun reading about though was the cultural reception of the virus itself and how people react to the gelsirs . Other than that, the adequate usage of linking and sidebar make for an article that was short, compact and nice to read. I have no questions about this article for now since you seem to have nailed everything perfectly but congratulations and keep up the damned good work!

This really is a tragic disease, and the opening prose just really makes my heart break. I'm very much looking forward to reading more about them!! The use of Goon Dogs is particularly interesting, and I surprisingly very much enjoyed reading about all the details on the progression of the disease (which usually isn't my thing ^^).

Feel free to check out my latest work!
Powered by World Anvil