The grand temple of Darkfalls is nestled within the Silent Peaks Mountian range.   The temple gets its name from the water that spews from the mountain range above. The rock behind it was burned by both divine and arcane forces long before recorded history, turning the rocks a dark color that tints the water a shade of black that glows with residual arcane energy.
Darkfalls sits in as The Wastes and is known as one of the last remaining original temples to the gods of Auriga, built in ages past to venerate the area in which the gods had become material and touched down onto the plane. Throughout its time it was a temple to many gods, but it is currently restored to the care of the worshipers of the Triumvirate goddesses-- Valyrhn in particular. It is a site and destination of pilgrimage for many that make the dangerous trek across The Wastes seeking knowledge or even a connection to the gods that cannot be reached elsewhere.   Those that keep watch over this temple are known as The Enduring, a sub-order of many different clerics and acolytes of many gods across the the pantheons that come together to preserve the knowledge and relics held amongst its vast halls.   What peoples that still live in The Wastes come to Darkfalls and its surrounding towns to ply trade with what goods or artifacts they uncover out in the arcane hinterlands. 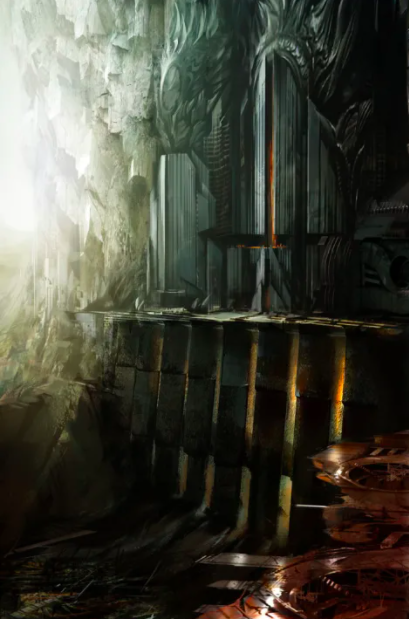