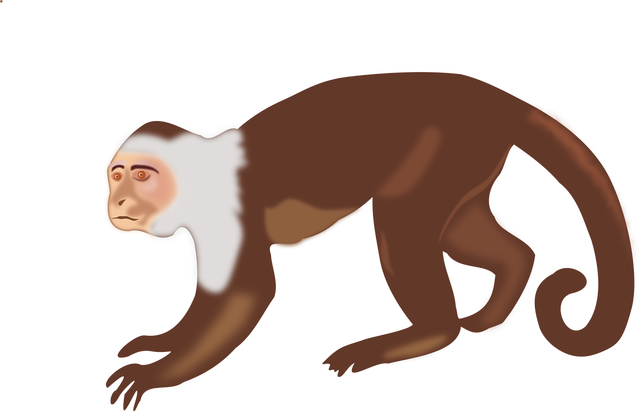 PACK TACTICS: The Jungle Monkey has advantage on an attack roll against a creature if at least one of the Jungle Monkey's allies is within 5 feet of the creature and the ally isn't incapacitated.   FLING: When scared or angry, a Jungle Monkey will throw objects or poo at whatever has scared or angered them.
If a creature is struck by POO, they must make a CON DC:10 or be GROSSED OUT, a condition that gives them Disadvantage on all d20 rolls. Grossed Out lasts until the victim makes a successful CON DC: 10, which they can do once at the end of each of their turns.

A tiny man-shaped creature covered in fur. It has a long prehensile tail and hands at the ends of its arms and legs.   They are quick little creatures making them hard to hit.   LINK FOR THE IMAGE: https://www.worldanvil.com/uploads/images/37def1ba320971f81e5714d914d991de.png