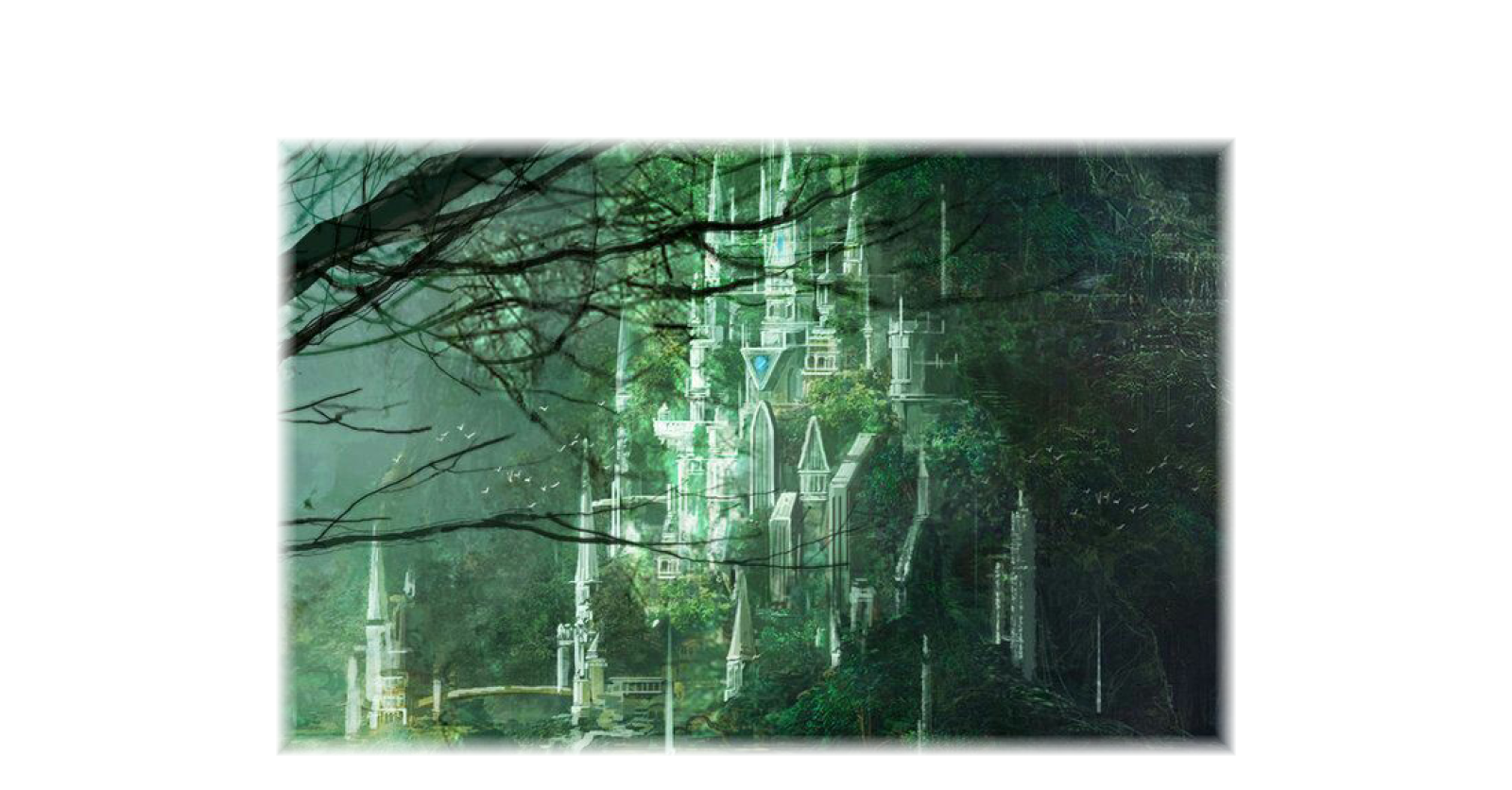 At first glance, the massive Great Oak tree overshadows all other features of Eryll Tahl'Rei. However, it takes only a moment to realize that this tree boasts stone structures intricately woven into its bark and branches. Beyond the initial exterior of the trunk, more towering oaks form the outer pillars of the palace's two magnificent wings. And to crown the Keep as a true fusion of manmade and natural wonder, the enchanting royal gardens contains only the most fantastic fauna of the lands.

During the early periods of its construction, Chieftess Xolara built the Verdant Keep as the base to the united forces of the Aelt, Neir, and Meisan tribes. As construction progressed, the building served as a fortress, becoming the focal point for the growing settlement of Eryll Tahl'Rei. When Xolara ascended as first queen of the Kingdom of the Evergreens and Eryll Tahl'Rei became the first capital city, the Verdant Keep became the home of the Eri dynasty. It still served as the capital's main fortress before being completely transitioned as a palace for the royal family.

When the Verdant Keep became the home of the Eri dynasty, the structure's size was effectively doubled with the addition of two wings to serve as the royal family's residence. During his reign, King Xolaron Ke an Eri also added the massive royal gardens in honor of his mother, Xolara.

The Verdant Keep is based in a great oak tree that Xolara had magically nourished to an extraordinary size. Its architecture combines wood and stone for the building's walls in both its fortress and palace sections. The color green prominently features in the Verdant Keep's theme, especially in its embellishments. Plants and other greenery consistently adorn the exterior of the Verdant Keep, though they double to obscure defensive measures integrated in the structure.

In 497 BT, Chieftess Xolara of the Aelt tribe ordered the construction of a fortress. Due to its integration in a massive Oak tree grown by Xolara's magic, it remained in use even as the building of the fortress continued. Construction of the Verdant Keep finished in 284 BT.

Answering: "Describe the most impressive landmark in your world."
Visit Imachinate's Competition Page Check all other answers to this prompt Competition Homepage

From the Building to the Rise of Kingdoms