The valley is by far the strangest geographical feature in Myrthul; two parallel mountain ranges with only a five mile gap between them. Along with this anomaly, the valley, despite its usual temperate climate is prone to massive thunderstorms which can last for days at a time and cause severe flooding of the Buryu River.

"Giants? Well, sure! I've seen a load of 'em in the western hills. Too bad what happened to 'em, you know?... What do you mean? You never heard them tales about the Giants and Dragons goin' at it?" -Felix, The Spinner

The valley has been exchanged through war for centuries, but legends of its unique formation go back a thousand years to the Dragon-Giant War. It is said that it was the fighting between these colossal beings that drove the mountains apart and shaped the terrain as it is seen today.   Perhaps the largest recorded event to shake the valley was the Abyss War, when the barrier between Zantin and the Hell cracked and the valley was flooded with demons and devils. The war left scars across the valley, including the Abyssal Trench, a mile long gash in the near-center of the valley where the portal between realms had laid. Towards the conclusion of the war, all the nations of Myrthul united to help construct a massive wall on both sides of the valley entrapping the demons.   Recently, a great dragon had terrorized the lands, completely destroying North Gilaan and a majority of the Great North Gilaan. To defeat the great creature, King Gilaan sent a party to recruit the giants. The combined force engaged with the dragon in the south of the Mirror Wastes, and slayed it.

The valley is divided into two regions; the eastern Dracon mountains and the western Giants' Foothils.

"You best be careful wandering around in those mountains. You know, all those peaks were named after a dragon that used to live amongst them. This might just be me, but I ain't looking to be anybody's dinner." -Bron, the Bronze

The eastern range is filled with jagged and rough mountain peaks. It is home to the tallest peak in Myrthul, Vvaaskalli's Claw at 15000 feet, which springs the main tributary to the Buryu River. At the southern end of the range lies a dormant volcano, Bhhmaaltu, which last erupted around the year 850 and who's snowfall spawns one of two large tributaries into the Red River. The incredibly steep inclines deeper inside the range make travel and exploration very difficult, the one exception being the Eastern Passage, the gap split between the eastern mountains near the center of the valley. The passage has been noted by several researchers as appearing to have been carved out of the mountain; by who or what remains a mystery.

"It's quite fascinating the way the giant's travel has shaped these mountains. But even more so is the fact that almost every peak in the range has been carved by a famous giant sculptor. After spending three days trying to follow one (they are devilishly fast walkers) and convince him to tell me anything, I learned that Berontu's Fist was indeed at one point an actual sculpture of a fist that stood taller than Vvaaskalli's Peak! Of course, Vvaaskalli the Vain couldn't stand this, and so he destroyed it." -from the journal of Finkle Fizzlesproket

The western mountains have a much less jagged appearance, and many have in fact been sculpted by the giants living in them. The tallest mountain in the range, and second tallest in Myrthul, is Berontu's Fist at 14400 feet. Because of the giant foot traffic, hence the name of foothills, much of the range is now usable for travel, although the chance of encountering a hostile giant is significant enough that locals don't recommend it. The southernmost peak in the Foothills is Eduun's Betrayal, and spawns the second large tributary into the Red River.

The valley's temperate climate helps support a healthy variety of vegetation. The high peaks hold a unique flower, the Thunderbell, which is highly sought after due to its extraordinary magical properties. 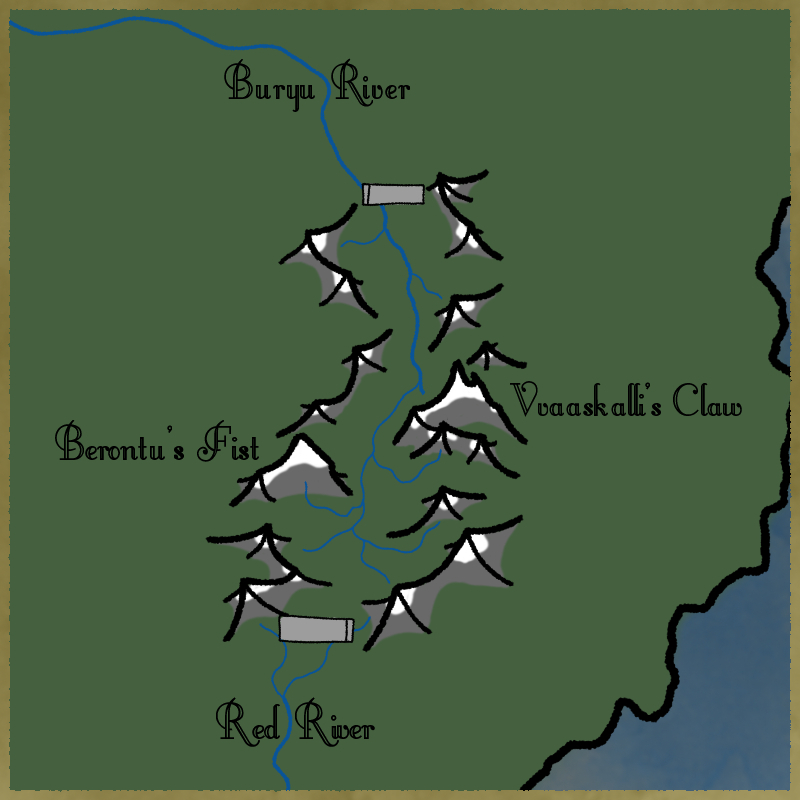 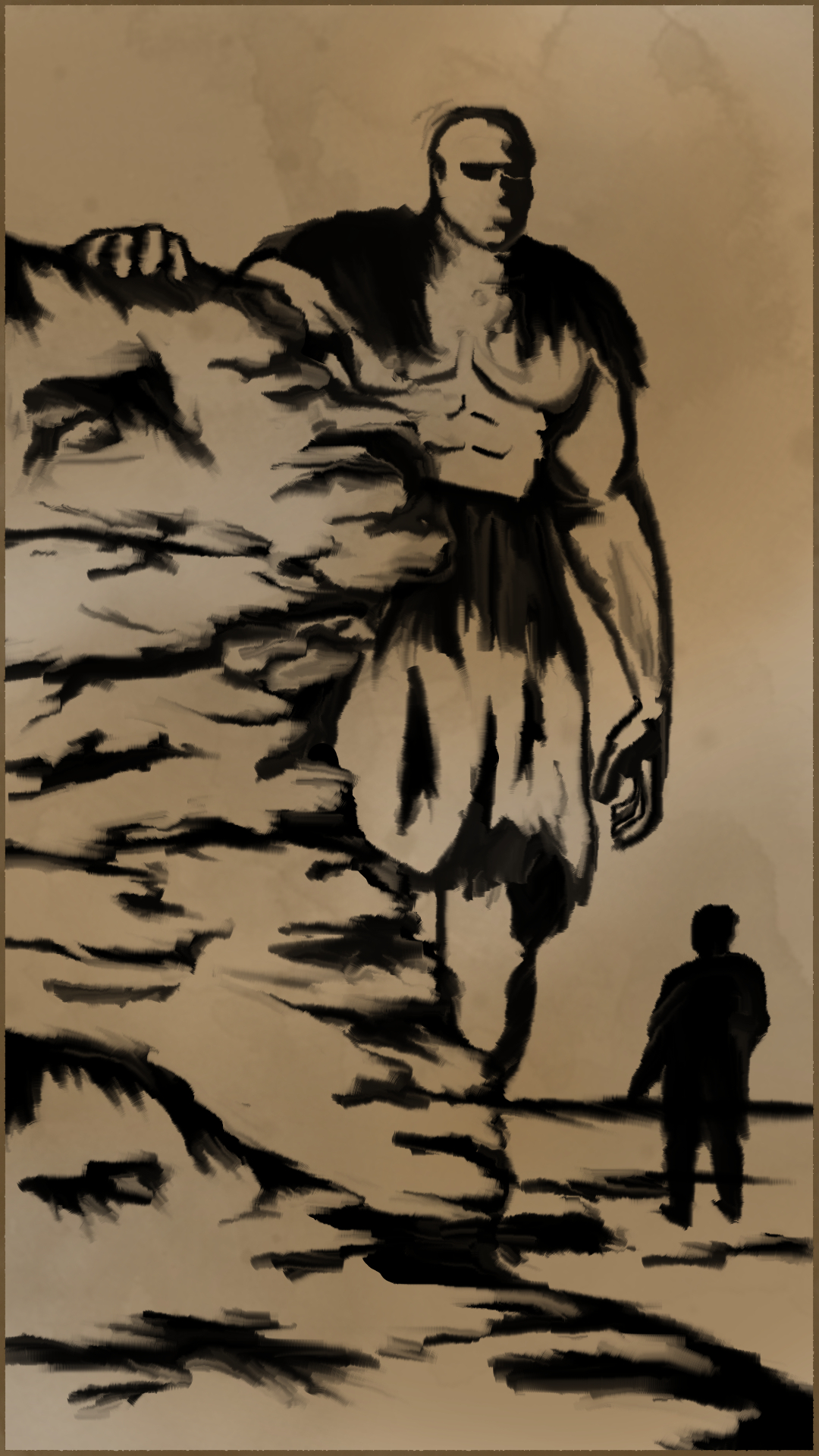 Competition Homepage
All contents are original unless noted otherwise.

Hey! Really liked the article! I'll just list things in the order I see them, so they're in no particular order!   1) "The valley has been exchanged through war for centuries" I assume you mean control of the valley has changed hands, but this sentence just seems a little confusing to me as it's currently written.   2) "Abyss war" for consistencies sake, I imagine War should be capitalized   3) "erupted in around 850 and who's snowfall" Two things here. Firstly, the year needs some sort of marker for time reference I think, similar to BC/AD BCE/CE. Second, the bit about the snowfall doesn't make sense as written. I know what you're saying, that the snow that melts n the mountain is the tributary for the river, but the wording is a bit confusing there.   That's all that really stood out to me! I'm not sure what else should be expanded upon except maybe the War that made the valley in the first place. Hope that helps!