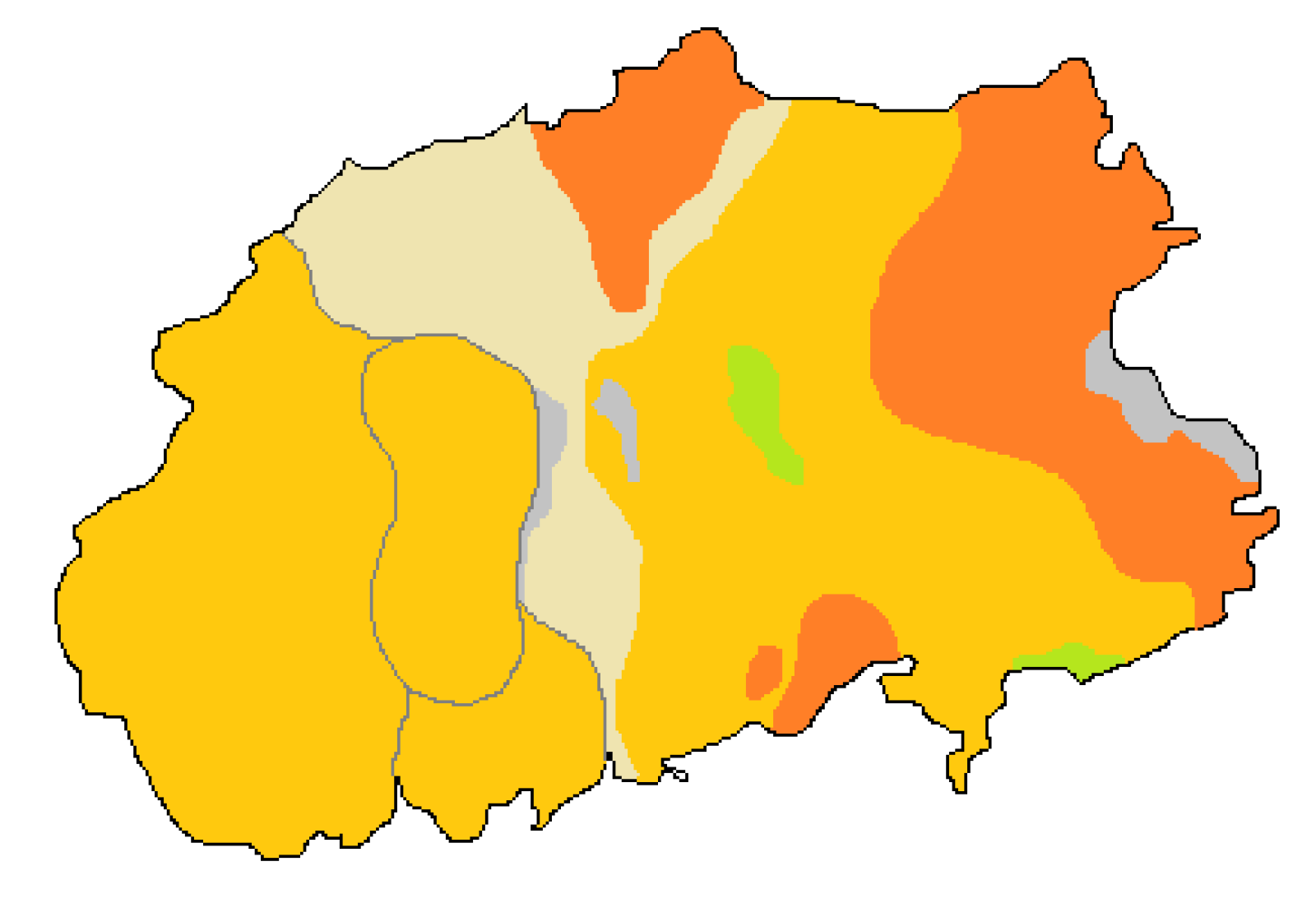 Yonderverse       Solar Systems    Ria    Planets    Talerin      Talerin
Talerin is a planet in the Solar System Ria. The planet is the second orbiting the Sun Nasara. Home to a singular settlement of creatures known as the Ukari People, it is widely difficult to exist in, with only a single desert continents and a single uninhabited ocean.

The single continent contains 5 biomes; deserts, savannas, mountains, grasslands, and tropical rainforests. By far the most populated biomes are the deserts and the savannas. To the west of the continent is a large desert biome, containing several sub-biomes such as the Dry Reef and the Salty Desert. The dry reef is one of the only locations safe enough for the Ukari People to live. East of the salty desert is a mountain range, with snow capped peaks reaching about 25 thousand metres tall from sea level. East of the mountain range is a grassland that stretches from the north coastline to the south coastline. The grassland also cuts off a savanna in the north, from a desert in the east. The desert also contains another mountain range in the west, a savanna in the south and two tropical rainforests in the centre and the southeast. On the east coast of the continent is a large savanna and a mountain range right on the edge of the continent.

The ocean on Talerin is largely considered uninhabitable, for a very good reason. The ocean contains possibly the most ruthless killers in the Yonderverse, the Striders of the Deep. This monstrous hive-mind of creatures have infested the waters across the world, making it uninhabitable for anything else.   The ocean is scarred with large trenches which form a maze on the seabed. These serve as the home for the centre of the hive-mind, the Queen who controls every single strider.

The desert planet is home to many unusual creatures. Despite having a limited number of biomes and extreme climates, the planet does have a decent variety.
Many cactus species exist on the planet, from Brown-fingered cacti to prickly bananas, there is no shortage of these spiky plants. These cacti are also home to a few species, such as Flower Beetles. These small insects live on top of cacti, disguising themselves as the flower that sits on top, while simultaneously digging out the inside of the cactus for its larva.   Most famously on Talerin is the Talerin Sandworm. Every planet has a sandworm of some species, but these are an apex predator, dominating the ground below. These menaces are the only reason that the Ukari people don't have basements, because they will be able to detect people underground with their x-ray like vision.

Talerin has been inhabited by the Ukari people for about two hundred thousand years, when they evolved from smaller scorpion creatures, their brains were rapidly growing in size through generations which would make them smarter, make them able to survive for longer. Tak'Are, the only Ukari settlement in history, began to spring up near the Dry reef as a few communal houses that would protect them from all their predators. The layout for a bigger settlement was designed not long after these houses appeared, and so did the city itself. Being built in a short amount of time, the city would be heavily fortified, surrounded by two giant walls, the outer wall and the inner wall. These would also divide two classes of the Ukari people, the outer sector of the city for poor people and the inner for the rich.   At a similar time period, the Ukari people would quickly learn about magic. They specialised in earth magic, a form of magic that gave them abilities to create sandstorms and earthquakes, move the land itself, it was a very versatile magic type that was quickly mastered by them.   In recent years, Talerin was the location for the creation of the Universal Translator Spell. This spell helps with communication between races of all kinds, that speak different languages. In simple terms, it lets people understand other languages but not speak it itself. The spell is said to wear off a billion years later.

Talerin doesn't attract the most visitors from other planets, but it does attract enough for the need to build a spaceport. The planet is constantly bringing in bio-mages who love to study the magical plant and animal life on the planet, the hot desert climate hosts an array of unusual creatures you don't find on other planets.
Location under
Ria System
Included Locations
Inhabiting Species

The ocean sounds like a big old nope from me. I do like the idea of all the cacti species and the prickly bananas though! The Ukari sound fascinating.

Glad you enjoy the cacti! And yeah the ocean is no fun, I just needed an excuse to stay writing about the continent and nothing more xD

I hope you have a great day!   My most recent article!
WorldEmber is here!