Yonderverse    Space    Atlas    Natural Objects      Labyrinth Sea
Labyrinth Seas are large, interstellar oceans that exist in close proximity to planets and other celestial objects. While the water exists around an asteroid or larger rock object, the shape of the seas depends on how close they are to a planet, fluctuating depending on where the planet is in its orbit.

Labyrinth seas are large bubbles of water that exist floating in space. They are situated around a large asteroid that gets caught in the bubble, and when this happens the water then proceeds to wrap around it and the rock then becomes centered within the seas. With the rock, plants can then grow in these seas which provide nutrients not just for the sea but for creatures as well. These oceans can be anywhere from a few kilometres wide to the size of planets. The largest known labyrinth sea is a similar size to Jupiter, a planet in the Kinosmo Solar System.   Even when an asteroid has been caught in the ocean, some more may also find their way inside too. When this happens, the rocks often combine to create a larger anchor for the sea, which also increases the seas sizes.

Labyrinth seas attract a lot of unieterrors, acting like oases in the vast emptiness of space. A lot of creatures live permanently in these seas, like humpback fish, and some like melonheads can survive in and out, and occasionally leave the seas to explore elsewhere.

Labyrinth seas are some of the most vibrant places in space. The plant species are rather colourful as most are poisonous, like shardcoral and phosphorous algae.
Because of the abundance of plant species, this attracts lots of unieterrors to the locations. Creatures such as melonheads frequent the oceans, and have developed a reputation for bullying other large creatures out of the areas.   Some poeple have even seen labyrinth seas to contain a stable population of cyclops tadpoles, which suggests that these amphibians can survive in both salt and freshwater, as they are normally spotted in freshwater ponds on A-Planets. 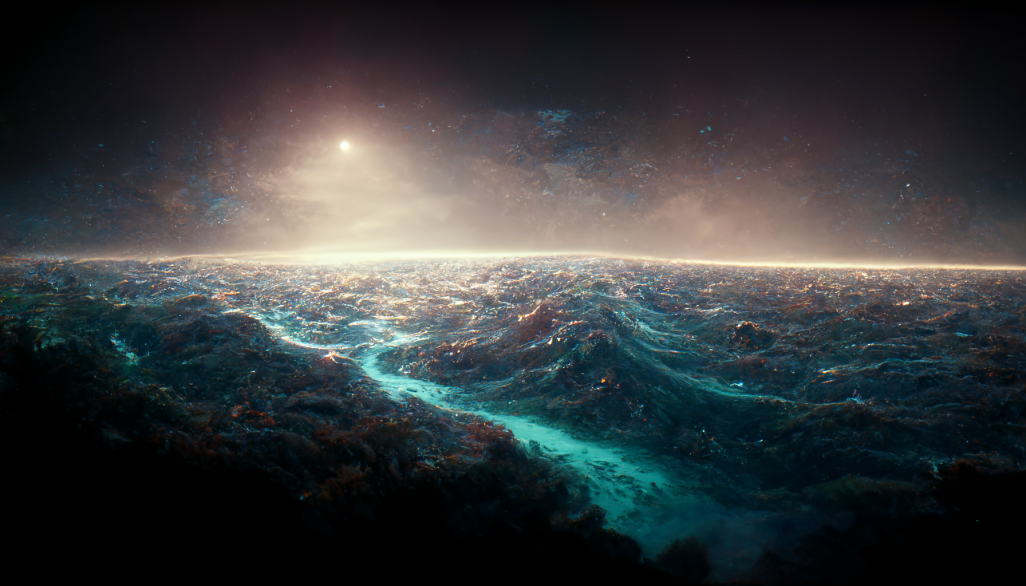