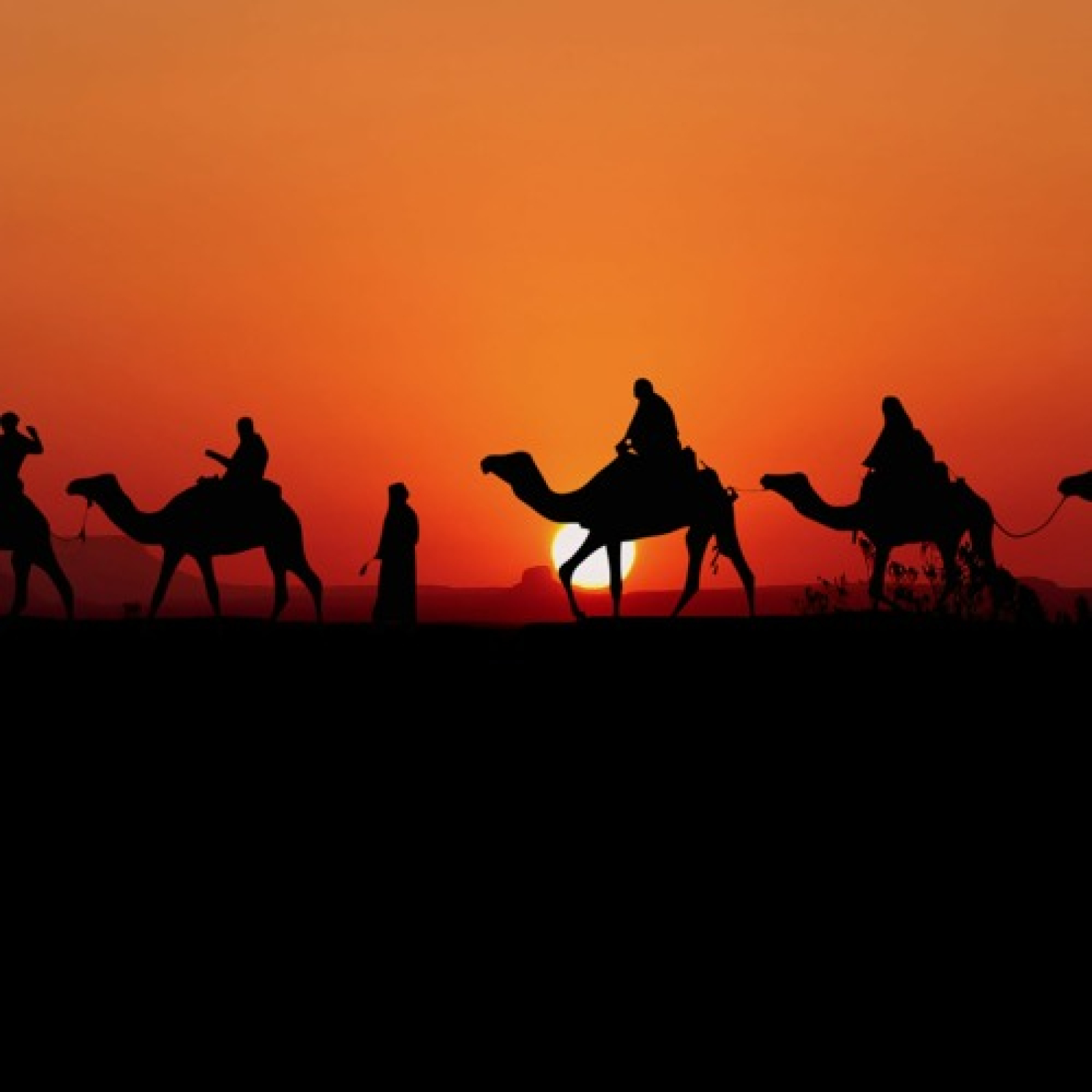 " Thousands of years ago we defeated a dark elf army and their bodies lie here, today their descendants have joined them in this sea of sand and death".
— Arwash, Desert elf King after the battle of Dayr Madyin (693 AP)

According to legend, at the time of King Alerion IV in the 12th century BP, an army of Dark Elves invaded Unhelion, but were defeated at the Battle of Aynas, near Ethen Ush. The survivors then began a long and deadly retreat across the desert, where all of them died, either of thirst, hunger or ambushed by the local Sand Lord tribes. Local tradition says that below all this sea of sand lie the bones of hundreds of thousands of these Dark Elves, given the place its name. Circa 627 AP Yuya, the Seris adventurer and his friends were teleported to this region on their mission to rescue Prince Lothiel. It is also known in the Sun elf dialect as Harum'al Bayry meaning "the doomed Desert" and also as Lüt el Effir "the Sands of Death".

The Sea of the Doomed is located South of the city of Ethen Ush and the Temple Complex of the Goddess Ahira. Its 334 km wide and also connects to the West with the Great Western Desert and the Wetlands to the North. A number of oases scattered across the desert allows the appearance of nomadic settlements across it. Both the Great Desert and the Sea of the Doomed form what it’s called the Dominions of the Sand Lords.
Kingdom of Unhelion
Open full size

The first desert elves settled around the area of the Sea of the Doomed around 1700 BP. They probably came from the west where the initial Desert Elves appeared a a subgroup of the Anthineryn, the elves that migrated from the South. As in the Great Western Desert, these newcomers were organized into tribes or clans that in turn gave rise to petty Sand Lord Kingdoms, all subject to the Sun elf King.   Nowadays the area of the Sea of the Doomed is populated by the Almayz and Goldensword clans who live most of the time in provisional settlements around the various oasis. In total, the population that lives in these oasis numbers around 7000-8000.

Sand Storms can be frequent in some regions of the Sea of the Doomed specially in the South, only the most experienced tribes go beyond the oasis of that region. Sand storms also occur in the North, and, as the local say: "Once you experience 5, you get used to it".

Vegetation is only found near the Oasis that are distributed across the desert or at the very northern limits of the Sea of the Doomed, where the desert makes frontier with the Wetlands. There olive trees, acacias, apple trees and peach tree are common. Meanwhile in the oasis you can only find date palms.
But the oasis and nearby desert is also the home to quite extraordinary fauna (apart from scorpions and snakes, of course). There are also lizards that hunt whatever insect lives near the water.
Dragon Birds can also be found in the Sea of the Doomed, in its two main sizes, the small and the big ones. The small ones also live near the oasis, where they hunt lizards, insects, like spiders, scorpions, but also one of the few mammals that live in this place, meerkats. While the big specimens live in the northern regions of the Desert, where they hunt oryxes, camels and wild goats.

No tourist dares to travel alone across this desert. The ones that cross the Sea of the Doomed do it in company of local Desert elves, sometimes accompanying their caravans. Travelling with desert elves can be quite an adventure, but a very charming indeed, because of the traditional desert elf hospitality. If you decide to spend a week or more in the desert, one of the most beautiful experiences you might have, is watching the night sky in the desert with the rest of the community. Below the sky you might enjoy a good storytelling drinking elven coffee or tea and eating "Maisti" bread with minced meat or the traditional desert elf delicacies with milk, chocolate and sugar.
Type
Desert
Owning Organization
Kingdom of Unhelion

I like that this is a desert, but referred to as a sea. I also like the addition of the music, which I feel sets the tone for the article. I laughed out loud at "once you've been through 5, you get used to it." And I definitely want to read more about the dragon birds, as well as the desert elves. Possible typo: under Demography, you have "this newcomers." Should it be "these newcomers"?

Thank you very much Barriesaxxy for your really nice comment!! I'm so glad that you enjoy the article and that you laughed at the quote about the sand storms, i wanted to add a funny thing to the article. Also thank you very much for letting me know of a possible typo, i'll correct it inmediatly and i apologize for it!

lol no need to apologize. I run across typoes all the time when I'm re-reading my own work (I think they're the bane of all writers' existences.)

I like how you incorporated the history and culture of the desert elves into the article - it made it feel more like a real place that someone could visit. The map was a nice touch, too, considering the time constraint we were under during the course of Summer Camp. Good job!