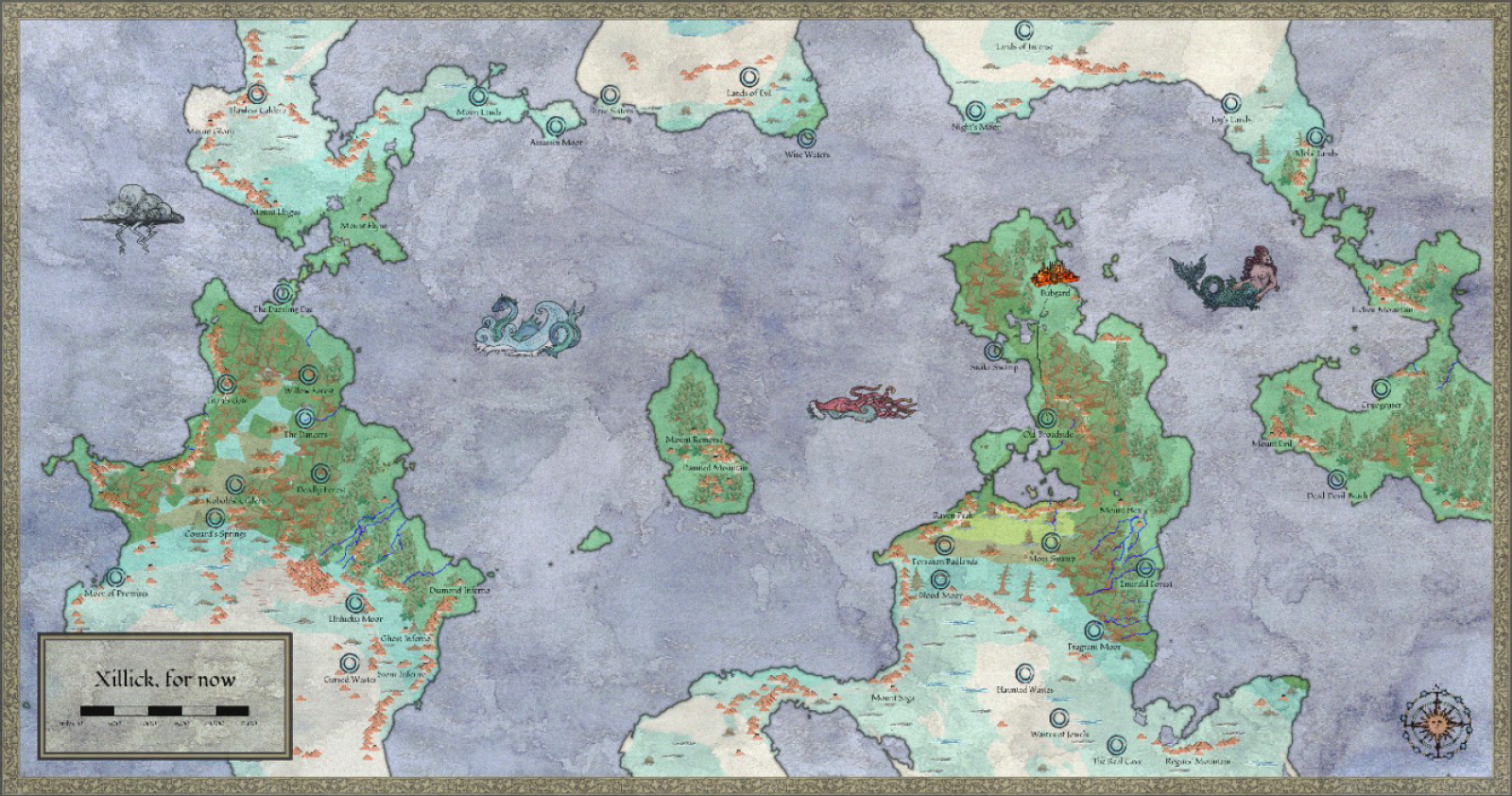 The Robes of the Representatives

A group of Representatives are seen storming through the streets of the middle ring of An-Kerrar, terrified citizens fleeing on sight. They seem to be headed directly for the humble inn your party stayed in last night.   If they make it to the inn without players intervening, they will abruptly enter the ramshackle building. Screams will be heard, before citizens are dragged out, shackled, and flames begin to rise from the building.   What do you want to do?       Alternately, a young man believed to have ties to the Black market approaches the party. He says that he is looking to free a family of innocents from a dungeon deep within the bowels of the Inner Ring of the city - but to do it, he needs some Robes like those the Representatives wear.   Can you help him?
Standard Society-issue uniforms, patched or embellished by the loyal wives of Representatives.   Given to Representatives during training, along with three doses of poison (lethal), a dagger, identification papers, and a standard-issue voice modulator.       The uniforms consist of a plain, collared, long sleeved black shirt, plain dark pants, and heavy, black, leather gloves, cloaks, and boots. The buckles are a polished iron, and the material of the shirt and pants appears to be of a starched, cotton-and-burlap blend.   Higher-level Representatives, or those with particularly conscientious wives, will have one or more Society eyes emblazoned at the breast or on the hood of their cloak, or on the backs of their gloves.   Very few Representatives wear more eyes than this. Those that do are typically stationed on the border, marking those who enter the City walls. These sentinels wear robes almost exclusively covered in Society eyes.     These uniforms were once much more colourful, and more comforting to the citizenry, but over the last four decades, style has been outweighed by function. The Robes are known by the representatives for their minimalism and efficiency.

Representatives are equipped, when provided with their standard issue robes, with a small voice modulator, hidden within a simple kerchief. When the kerchief is pulled over the mouth and noise, the voice modulator is activated, automatically lowering, distorting and slightly echoing the voice of user.   Average citizens are not aware of these voice modulators, and assume that the Representatives sent to remove people are simply of a different breed than others.   These modulators are created through a marriage of magic and nanotechnology, invented by a "marvellous society scientist" - or more accurately, by the Beholder who runs the Society from the shadows.

Wool is farmed and spun by lower citizens of An-Kerrar. Leather is farmed and tanned by the same citizens. Buttons, etc are mined for, smelted and forged by yet more impoverished An-Kerrites.   Child workers in poorly-ventilated warehouses put these materials together under the watchful eyes of Matrons, rare female employees of the Society, somewhere within the outer ring of the great City.

A uniform for the civil servants, law enforcers and executioners of An-Kerrar.   Different stylings of the same uniform commonly suggest to passersby the current task of the wearer.   A hood down or pushed slightly back, cloak parted to reveal the elbows of the wearer, is a common mode for Representatives about to perform a wedding or coming-of-age ceremony. They may also turn down the tops of their boots, or roll down the writs of their gloves, at such a time.   A slightly parted cloak, a hood resting comfortably, with some features of the wearer visible, suggest that a Representative is off to collect taxes, or discuss some other small detail with a citizen on behalf of the Society. Such a task often inspires a Representative to pay special attention to polishing their boots, buttons, buckles and clasps before leaving the house. A Representative off to collect taxes or discuss other minor business will usually go with a partner.   A tightly buttoned cloak, down to just above the ankles, a hood pulled forward, with a scarf or kerchief underneath said hood (to further obscure the wearer's face): this is the appearance of a Representative sent to remove a citizen, family, or even an entire neighbourhood. Such tasks require Representatives to travel in packs of at least six, to ensure that any resistance can be easily quashed. Their uniforms may be more weathered than most, perhaps marked with strange ghosts of stains, spots of blood, or odd scuff marks or tears.   When these flocks of Representatives appear, they walk both as silently as ghosts, and yet as loudly as war drums. They move swiftly and viciously, like shadows of death. Their voices are deeper, garbled, and harrowing. 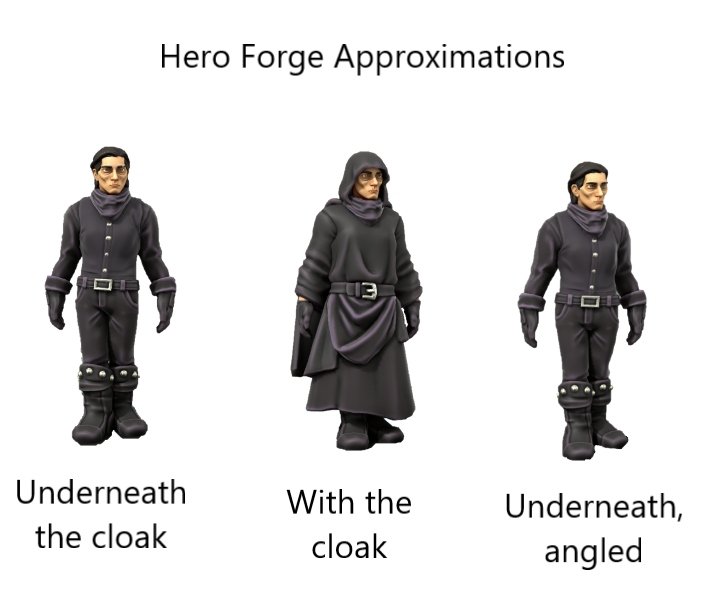 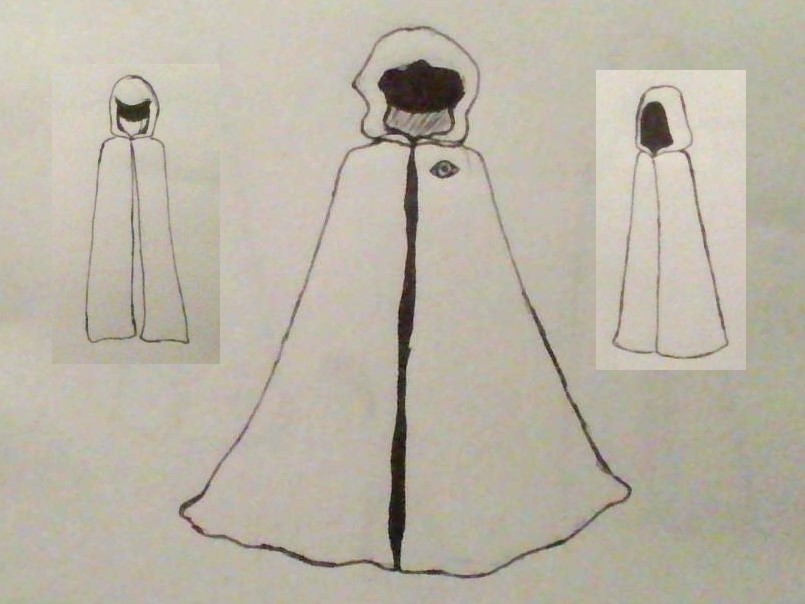 by DungeonMistress
Item type
Clothing / Accessory
Current Location
An-Kerrar
Manufacturer
The Society
Related ethnicities
Owning Organization
The Society
Rarity
Somewhat common within An-Kerrar (about six percent of the population require this uniform).    Completely unheard of outside of An-Kerrar and the Dread Range.
Weight
Approximately 13 kilograms, or 29 pounds.
Dimensions
Dependent on size of wearer.
Base Price
Not applicable.
Raw materials & Components
Cloaks, gloves and boots are made of heavy black leather, lined with dark material. This leather is often lovingly softened by a devoted wife, through late nights of rubbing oils and balms into these garments, to make it more comfortable for the wearer.   As the lining material is often added by a concerned wife before a Representative's first winter in uniform, the material that lines these garments may differ between wearers. The most common lining is simple black or gray wool.   The pants and tunics are a starched, black, cotton-burlap blend.   Clasps and buttons are simple iron, polished to a silvery shine.   The eyes that adorn the uniforms of some Representatives are sewn into cloaks and gloves with a thick, hardy thread. This thread is spun from a more sturdy cousin of flax, grown in the mountains of the Dread Range.

(Sketches drawn by myself, computer-generated images constructed on the Hero Forge website. Images compiled and cleaned up with Paint 3D.)

Nice article! I love the idea of the uniform covered in eyes XD Do the eyes have special meaning in your world? I like all the small variations in how they wear the uniform depending on their tasks. Do they Representatives have a way to differentiate each other while in public to know who is hiding under the cloak of another Representatives?   I have a small outlay comment: I think putting all the images at the bottom would be better here, since right now you just have the sidebar text sticking alone at the bottom. Also, you need to add the author credits for your images even if you made them yourself if you don't want to be disqualified from the challenge :p 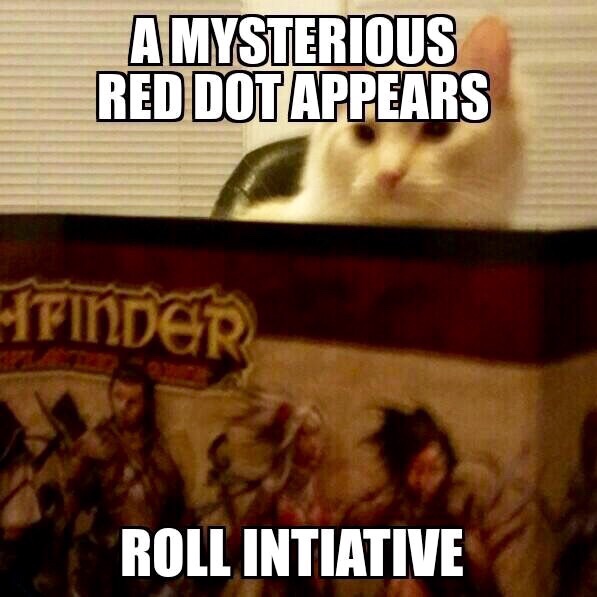 Thank you for the tips!   The representatives know who they are supposed to meet, leave with, but typically anonymity is used to protect them from the general populace.   The eyes are the symbol of the Society. Only about three humanoids in An-Kerrar actually know why they are the Society's symbol: It is because of the beholder that rules them from a cave underneath the castle in the centre of the city.

Nice article. I like how the wearing of the robes in different ways can signify which mission the representative has. It fits really well with the terror that you describe in the first section. Must be quite nerve wrecking to see 6 of them appear suddenly.   One note though is that beholder is a trademarked name of DnD and could have some problems if you ever want to make money of it. Just giving you an update on that if you were not aware. :) could be solved by renaming it.

Thank you very much for your feedback, and your note!   :)