The Sea Accord, also known as the Peace of the Seas Treaty, or the Treaty of the Mouth, is the oldest and first treaty drafted between the navastis and the spirits of the sea. Drafted between the Wise Siblings, representing the navastis, and the Sea Spirits. It guaranteed the safe travel (from sea intervention) of any navasti ship in the waters of The Mouth and up to 4km from the outwards coast.

The treaty was signed to put an end to the wildness of the Inner Sea and to allow the navastis to navigate its waters.
Unknown to the navastis, after Crion the ikeli of Water, secluded himself in deepest parts of the Ocean, his children, had continued trying to defend the body of Ara from anyone they saw as a threat. They saw the navastis as enemies and acted in consequence.
The Opelashad been the first to approach the coast, and when the spirits took notice of their presence they had lashed out appropriately trying to get rid of the threat.
For several years the navastis avoided the seas, sticking to the safe rivers, but that ended with the appearance of the Wise Siblings.
At the height of their power, the Wise Siblings visited the city of Teleu during the marriage ceremony of their children's child. As they dined and were shown the history of the settlement the Siblings became intrigued by the story of the Sea. They hadn't traveled to the Coast, prevented by the old common knowledge that doing so was extremely dangerous.
However, after the visit to Teleu they decided to visit the abandoned city of Opele. What happened during that visit has been recorded by the uchani scribe who accompany them, and also in the journals of several of those present.


The wise siblings ordered us to stay behind at a safe distance. They entered the water up to their waists and after a few minutes, something rose in front of them.
The body had a greenish hue, visible despite the soft light of the stars, the hair was grey and braided tightly around two pairs of horns. The snout was similar to that of a manafeek. In his handheld long staff with a red semicircle tied at the top.
The stranger looked regal and poised, and it looked at our Wise Siblings with intensity. They seemed to talk for hours, and by the end, the strange being touched their foreheads with his staff, cupped their faces in his hands, and disappear back into the sea revealing his long fishtail.
— journal of Ranon of Uchana, scribe to the Wise Siblings.

That wasn't the last of the meetings. The Wise Siblings held several others with the Ruler of the Seas to establish the limits of and responsabilities of each party. In the end, after a month of negotiations, the Wise Sisters held a Council with members of every settlement and tribe.
The treaty was etched in sea stone and hanged in the wall of the last standing building in Opele.
After the city was rebuilt the block with the treaty was relocated to the Council building.

The signing of the treaty was a turning point in navasti history, as it allowed the creation of coastal cities, something that had been impossible before. Historians agreed that this was the beginning of the Second Expansion.
The opelas were among the first to move. The experience changed their way of life deeper than other communities. Opele became the only city to have a temple dedicated to the Protector of the Seas, and Crion was incorporated into their regular pantheon.
The figure of the Siblings and the Protector of the Sea became the most important deity among the sailor community too.
Copies of the treaty are present in every coastal city, and each year, among the communities of The Mouth, a festival is held to commemorate the event.

The treaty came really close to be anulled after the death of the Wise Siblings. The seas became even more dangerous than before it had been signed and several cities were almost destroyed under the onslaught of hundreds of devastating waves.
A new peace was reached thanks to the intervention of all the communities, and the sudden appearance of the Night Suns.

"It is concluded that Crion, wielder of water, protector of the seas, with Verem and Lotas, the Wise Siblings, in representation of the nabasti people, have agreed to establish a good peace among them.
Let it be said that I, Crion, as long as the navastis hold in good esteem those who are known as the Wise Siblings, will allow their ships to travel The Mouth free of danger from my children and me.
Let it be said that I, Crion, will order my children to bring no harm to any nabasti ship navigating in the outward shores of this great land, as long as they no further than three kilometers from land and are always respectful of me and those I called my own.
Let it be known that we will not stop navastis from taking the fruits of the sea as long as they stay true and respectful.
For this I agree to receive that which has been promised to me."
— First tenets of the Treaty. 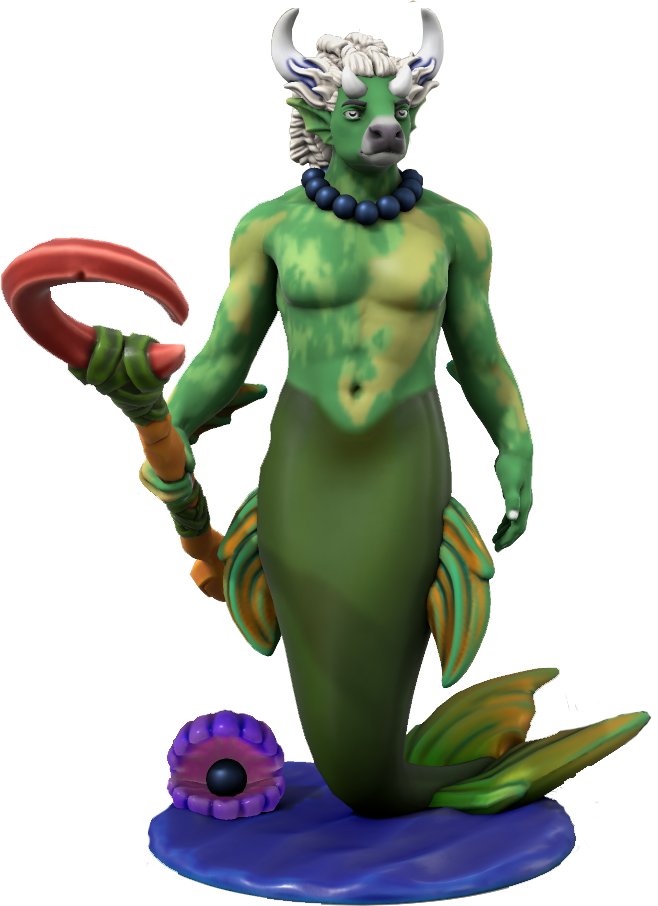 Answering: "a famous letter or message"
Visit Evanarix's Competition Page Check all other answers to this prompt Competition Homepage