Among the Masanti, one of the carakan tribes, there's a tradition surrounding births that began after an accident.

The story surrounds the figure of one of their deities: Ilani, the hunter.
During the years before the first quake, when the carakans still lived around the lake Carakoi, and the masanti hadn't received their name, lived a young hunter by the name of Ilani.
It was said that Ilani was the most proficient masantak hunter in xes tribe and xe took great pride in that. When Ilani became a nalaxe xes family was showered in offers of marriage because everyone wanted to have children from the great hunter, and many people offered great riches to convince them. But most of these people wanted Ilani to be the mawkwatzu and as xe refused to be confined xe rejected many offers.
In the end xes parents married xem to a fellow hunter who promised to respecto xes wishes. Despite this, when Ilani realize xe was carrying xe kept it a secret for fear. Xe hid the obvious signs of xes pregnancy under baggy clothes and moon water rubs.
One afternoon, as they were collecting bones near the masantak burial grounds, xe felt the labor begin. Xe tried to hide them but overcome by the pain xe ran inside one of the masantak burial mounds as xes partner screamed for xem to stop because xe had seen one of the beast approaching.

Ilani had enough presence of mind, before surrendering xemself to the pains of birthing, to cover xes body with masantak hair that was lying around.
As xe was birthing xes eggs, the old masantak entered the mound and saw xem. The great beast approached xem sniffing and stood there watching xem as the laboring Ilani continued. Despite the sheer terror xe felt Ilani managed to succesfully give birth to four eggs.
Weakened by the process, Ilani could only watch in resignation as the masantak licked the eggs clean but instead of eating them, to xes surprise, the beast went to the back of the mound, laid down, and passed. An hour later, Ilani's partner entered the mound and found him weeping in relief.
The village was amazed at the feat. The story spread, and people began to say those children had been blessed by the beasts.
Many other makwatzu tried to do the same with different levels of success (and failure) until it became a tradition. The rest of the carakans thought them crazy, and they began to call them masanti.


The current birthing tradition among the masanti is a mix of the story of Ilani and different practices from before. 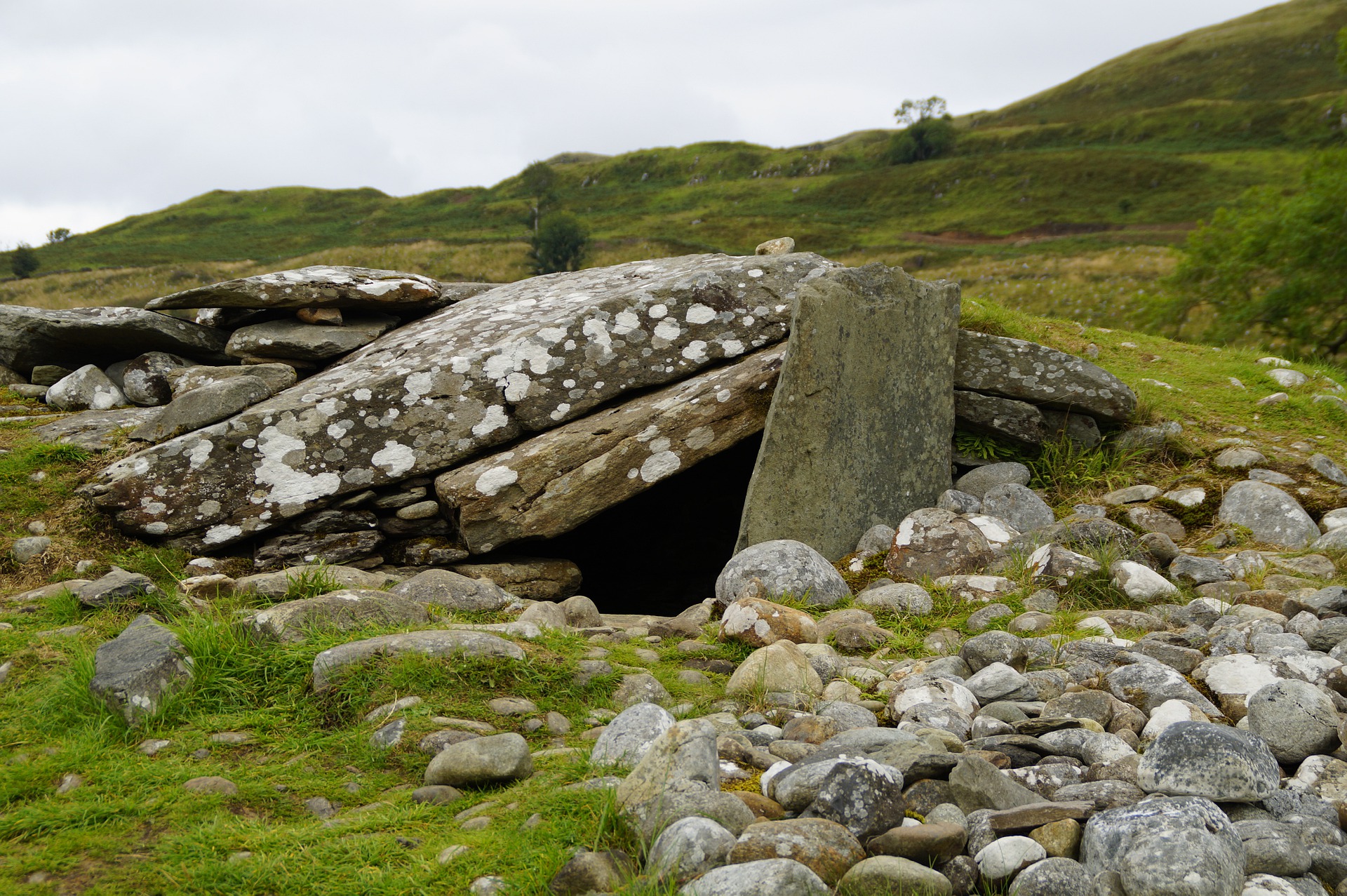 The ritual begins when the makwatzu expels the birthing plug, signaling the birth could start on any day. The xekhizai would then take the plug to the shamans of the tribe who would use it to make a potion that the xe would have to spread around the burial grounds (This was allegedly added after several births happened without masantaks present).
When the labor starts, the hunters of the tribe would surround the mawkatzu singing songs asking the gods for protection and peace of mind. They would pray to Udi, the mother of all beasts, to rein in the masantaks minds; and to Ilani to have the same luck.
The xekhizai (or xekhizais) would wrap a cloak made of masantak hair around the makwatzu, and the makwatzu would wrap a cloak of woven grass around the xekhizai and the five witnesses for their vigil. 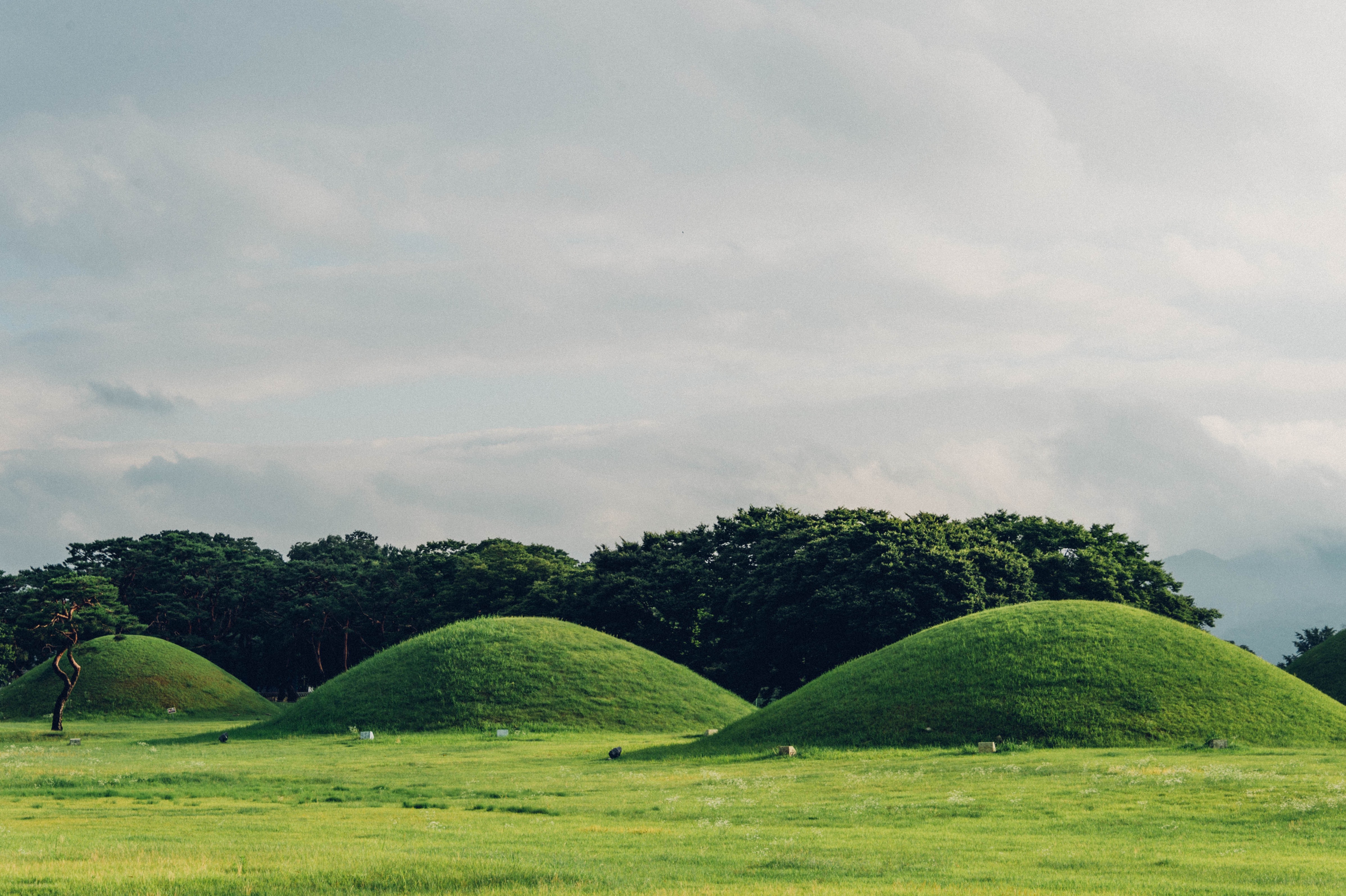 by Bundo Kim
They would all walk in silence and once at the birthing mounds, the makwatzu would go inside and birth the eggs alone, waiting for the masantak to show up. The xekhizai and the witnesses would stay nearby hidden under the grass cloaks.
Once the masantak enters the burial mound, they would get closer and listen for the beast. After they confirm is dead, the xekhizai and the five witnesses would skin the animal and prepare it. The xekhizai would make a stew with the tongue of the masantak to feed the tired makwatzu and then they would carry xem, the remains and the eggs back to the village.
At night, the village would celebrate the birth and they would all eat from the masantak, and some of the meat would be dried to preserve it for the first feed of the future hatchlings.
After the celebrations, the eggs would be placed in the nest made with the masantak's hide in wait for the hatching.

When the babies hatch, the parents would call the shamans and the five witnesses to be present during the first feeding. If the babies accept the dried meat then the blessing of the masantaks would be complete, if they don't the makwatzu and xekhizai would crush the eggshells of those who did take it to a fine powder and cook the dried meat with it to try and feed them again. Those who stil don't take it will not allowed to be masantak hunters, and in most cases would never be makwatzus, for fear of being rejected and eaten by the masantaks if they were to show up on the mounds.

The Tradition in their New Land

After the masantis were forced out of their lands with the rest of the carakans due to the first great quake, some of their traditions adapted and mixed with those of the other carakan tribes, and the Ilani Births were no exception.
Moving farther away from the masantak burial grounds meant that the expecting families had to make a longer journey for birthing their eggs, as not many could afford to put everything on hold for so long, the Iletak was created.
The Iletak is a shaman exclusively dedicated to the process of birth and hatching. It was always an old makwatzu, who would accompany the couple as soon as the birthing plug came out to perform all the rituals necessary for when the makwatzu went into labor. They would receive the heart of the masantak as payment, which would be dried and later painted with the crushed eggshells after the hatching. Iletaks wear the hearts in necklaces.

After some masantis married with people from the clans near the sunaga forest, a new variation of the Ilani tradition began to be followed by some.
Instead of bringing the eggs back after birthing them, the parents would mark the mound with the sign of their clan and leave them there between the legs of the dead masantak. They believed the soul of the masantak would protect the eggs and feed them as they grow.
Two months later they would return and take the eggs back home, where they would finish incubating.
Not all eggs survive this, but the masantis believe those who don't make it were specially picked by Udi for her army of warriors for being too strong. The rotten eggs would then be burned and the ashes mixed in a poultice to bathe the surviving babies once they hatched, thus protecting them from evil spirits.

Si good Evan! The story of Ilani is soooo gooood! And it links perfectly with the modern rituals.