Also known as nonavai lusox, or esalop, the emxilu is a bipedal flightless bird native to the Fog Hills region.
Since they were first discovered, when the region surrounding the western side of the Fog Hills became inhabited, navastis have used them both as mounts and draft animals.
The emxilu stands at 1.8m tall to the head, and 1.3m to the back. They have a long head with a great beak, and a sharp sight and hearing, which paired with a rudimentary form of echolocation, allows them to navigate the foggy region and hunt with great skill.
They have soft hairlike feathers, carriers are usually dark grey merle, dark brown or black; ceeders tend to be of lighter colors: white, light chocholate, dark gold, light grey.
Unlike other similar birds found in the continent, which are much smaller and faster, the emxilu is built for endurance rather than speed. The powerful muscles in their legs are one of the reasons why navastis chose them as the perfect draft animals for the Fog Hills.
Another reason was their ability to regulate their own temperature. This allows them to live in the harsh climate of the Hills, and also in the warm and dry savannah of the southern side of the Eye Lake when is mating season. Every culture who has come across them has attributed them some relationship with their gods.
At first, they were hunted down in an effort to find out how they could live in such a cold and abnormal place, however finding no answer they were declared protected by the gods, and together with their natural docility they became household animals. Although some were indeed domesticated, is but a dent of the amount living free.
Nowadays there are only five breeding farms which carefully cross their emxilu for different purposes: drafting, racing, traveler, or just for foreigns who want an exotic, and quite expensive, mount.

There's an ethnicity revolving around a spirit of Nature who fell in love with one of the Winds. The Nature tried to follow the Wind Spirit but couldn't survive in the harsh wintery climate and died frozen in the tallest mountains on the West of the Universe. The Wind Spirit who hadn't realised of Nature's interest, felt extremely guilty and buried the spirit in the old ways, chopping the body in several pieces and spreading them around the Great Sea. They believed they were leaving in the head of Nature's spirit.
The Wind Spirit had knitted the liemxilu out of Nature's hair and spread them in all lands they had made with the body.
Due to this, this ethnicity believed the emxilu was protected by the gods.

The people of the Deep Hills, believes that your first emxilu needs to by earned with nature's blessing. Once a deep hill navasti becomes and adult, they have to find a wild emxilu and gain their approval to join their household.
It is an unspoken secret that some people opt to quietly buy an emxilu from the farms. Doing this is seen as extremely suspicious of one's character, some people have been thrown out of communities if not given a valid explanation for what they seen as a heinous crime.


Liemxilu are oviparous and they mate during the summer months when the Fog Hills become warmer as the fog dissipates for two bluemoon turns. During this time the liemxilu would travel to the Savannah in the southern shore of the Eye Lake, where they reunite, mate and have their chicks.
An emxilu is ready to mate when they are 2 to 4 years old. The carrier liemxilu never repeats a mate. They will always get a new partner among the strongest ones.
The carrier usually lay three to four eggs. The couple would make the nest in dry land, where they know the sun shines longest over the nest.
They would make a mound of leaves with those they had been gathering since arriving at the savannah. Carriers would incubate the eggs during the night, and the Ceeder during the day due to their coloration.
After a bluemoon turn the eggs would hatch. Both carrier and ceeder would take turns teaching the chicks how to survive, however many predators roam around the herd and some would die hunted by them.

As the summer moon turns ends, the hatchlings would molt their down feathers, and the parents would have grown their feathers back after shedding them when arriving.
The couple would remain together until the chick can fend on its own, in which case if it happens during the Fog Months, the three would go their separate ways right there.

An emxilu's diet consist of small predators, rodents, smaller birds (like the ak) and the different mushrooms that can be found in the Fog Hills.

As a household animal, the emxilu is used to pull carts, as mount, and even as hunting guide. During the summer months the owner takes care of the shedding, and of getting a new mates to breed if they have carriers who show the signals.
The navastis who own liemxilu always say:

In captivity, the breeding times is up to the whims of the spirits.

As such, in captivity a carrier in heat can be identified because of their clicking for echolocation can be heard, something noticeable in a beast that is usually a quiet. 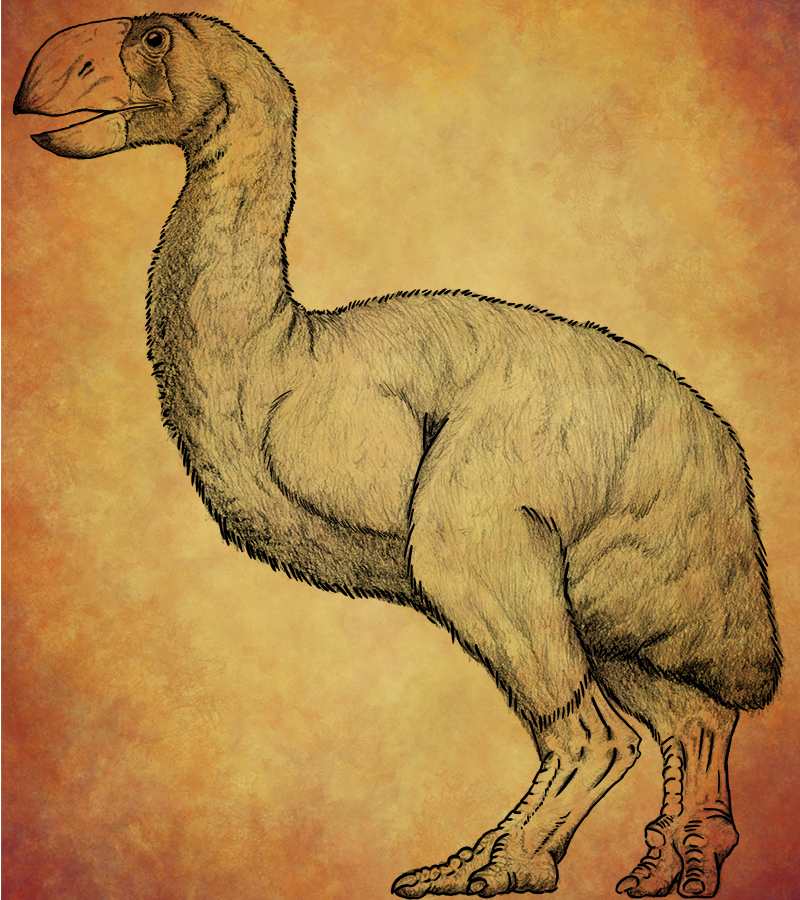 Adult emxilu by Agustín Agnolin
Geographic Distribution
If you would like to know more about the ak, you can do so here

Answering: "Α species that survives in an unlikely place"
Visit Evanarix's Competition Page Check all other answers to this prompt Competition Homepage