For most other people, Kuta's diet would have been full of cheap and fattening yet good-tasting foods, one which would have killed most grown men decades before their time. Yet because of Kuta's strenuous activities, constant exercise, rapier wit, and even frugal mindset, Kuta was able to maintain a healthy size, usually even leaning towards unhealthily thin. She lacked most sorts of muscle, but her legs could outpace most women of her age, and especially of her caliber.

Quite but not unreasonably tall for a human. Very gaunt.

She has a scar on her left hand, left by the stitches made when her right hand tried to cut a piece of paper with scissors and ended up poking its counterpart with a scissor.

Due to her handling of money, supplies, and laws, Kuta popped and cracked her knuckles often, leading to what some might call an addiction. In the later years of her life, she developed arthritis.

Kuta wore dresses as a formality, often when pushing legislation or discussing issues with the merchant class. However, she switched into more practical clothing as soon as she left work: a plain white shirt and overalls. The sleeves and cuffs were at first rolled back so that they wouldn't catch on her shoes or get soaked as she washed her hands, but her personal staff eventually tailored clothes that would only go halfway down her shins and halfway down her forearm. By wearing such clothing, Kuta unwittingly created a fashion trend in Keyrit, one that stayed in some form or another for centuries.

Kuta was born in the north of Wlitowa, to much fanfare and ample expectation. As a child, she was reported to make good friends with the keep, especially those further away from her inner circle (i.e, the gardeners and maids), instead of venturing into the city to find friendship with the royalty or nobility. Her household's presence was deemed lacking in the Keyrit Empire, so at twelve years old she, along with several other of the less-important members of her family, were sent to the Keyrit Continent to make important high-level connections. While her cousins, eager to rise within the family, took up most of the upper-class attention, Kuta sought out the attention of the up-and-coming upper class: the well-to-do merchants.   Her family back at home was apathetic to her endeavors; while she wasn't furthering the household name, she didn't do half as much to tarnish it as her cousins. From a very young age, Kuta recognized and capitalized on the apathy. She sought out her own education and her own ventures, learning more about the world on her own terms. Thus, not through networking but through example, she attracted the attention of the Daskalarchy. She was quickly acquired as an apprentice and was taught the tools of administration.   As she talked with her mentors, she began to see the poor in an additional, empirical, light. Thousands of orphans recorded in the books, with equally many homeless, much more so with the Keyrit-Tuhran War still fresh in everyone's minds. There were many legal, and philosophical, reasons why the Daskalarchs' hands were tied, but Kuta had access to plenty of resources herself. With the guidance of her mentors while they were off duty, she appropriated her personal mansion for mass housing, overhauling the rooms to accompany more beds, and refitting the kitchen for mass production. Only just coming of age, Kuta had placed upon herself massive duties yet handled them with aplomb.

As a major noble in the rural backwaters of Wlitowa, she was taught as a child by professors who were brought in from the university in Ak'tawo. Her tutors found her to be both courteous and adept, far from the average experience with upper-class children. Upon moving to Keyrit in her early teens, she took control of her own coursework, enrolling both in Keyrit universities and attending select commoner schools for students her age, sampling both academic cultures. While most teachers were mildly annoyed at her piecemeal interest, she passed nearly all the courses she attended at, or near, the top of her respective classes.   As a Daskalarch apprentice, she gained valuable knowledge in how to manage and compartmentalize staff in order to administrate a long course of action, as well as how to not waste manpower. She learned inventory management and logistics, as well as the process of recycling excess or overused material. She would later apply these very same concepts to food and clothing for the residents of her home.

During the first half of the day, she spoke vibrantly as a member of the Daskalarchy both to her peers and to the Keyrit House of Majorities. Her role as a Daskalarch was one of infrastructure, and she personally oversaw several minor road projects in the western half of Keyrit.   In the evenings and during the night, she ran a house for the ovwerai, homeless; the ova'aru, orphans, and the ovroterau, widows. She had volunteer and hired staff who would work during the daytime, and she would manage any issues they had once she finished her duty of governance. If they needed supplies, she would personally go out and purchase them. If there were internal issues, she acted as an arbitrator, a mediator, and, as necessary, a legislator. If there were external issues that she couldn't solve herself, she would compose legislation proposals and introduce them to the House of Majorities in the morning. Often her friends and employees would lock her out of her own tenement house so that she could have a day or two to rest and relax. This usually made Kuta angry, but she relented after a few hours.

Her Karot'krau, the All-House, sheltered some 400 people under its roof in her lifetime, and 600 at its peak. More importantly, though, she designed the protocol for the efficient management of mass housing. She was able to use her experience as a housemaster, her power as a legislator, and her connections as a noble to establish similar tenement houses across the Keyrit Empire. The government was successfully able to establish a fundraising campaign, offering the titans of industry access to new employees and naming the new establishments in honor of the nobility. Kuta advised against irrelevant regulations but created standards for processing grants and certifications.

Kuta's altruism brought her in direct conflict with a Keyrit campaign for free housing. With half its base gone and its funding undercut, the movement sputtered off and died. As a consequence, she gained the ire of most of the lower urban demographic. Because her tenets often never left their houses on a day-to-day basis, she earned the nickname of "Hive Queen." Kuta, however, readily adopted the name, incorporating it into her identity.

Oddly enough, Kuta had very little anxiety, perhaps due to her mindset of looking at the world not as herself but as a third-person bystander. However, seizures and strokes in her later years were likely caused by physical taxation on her brain; she never drank alcohol.

Kuta always wondered what it would be like to be poor, yet she was always too afraid to jump into the deep without the security of her finances. Sure, her experiments in frugality gave her a taste, but there were no tragedies or emergencies that left her destitute. More importantly, she always wanted to separate the fantasy from the reality, lest her preconceived notions come off as patronizing as those of her altruistic peers.

For some reason that's unknown to the public, she hates being called by her middle name, especially by its nickname, "Tetti."

Her ancestors were once prominent Keyrit nobles. Their defection to the Wlitowa Authority during the Keyrit-Wlitowa rivalry earned them titles and land unseen by most of the Wlitowa nobility but also the ire of their Keyrit brethren. Once the tension between the two nations subsided, the Yekrat purchased territory in their native land, securing a foothold and prominence in both countries.

She always thought "Justice is a lie" was true but bleak. She believed that, although the saying was true, it was no excuse to abandon the poor and the needy. She gave generously to them when she could, always out of her own pocket and never out of those of others. She applied the same mentality to the legislation she passed, making the wealthy both happy to donate and happy to not. She never took her wealth for granted, nor did she spend lavishly on other things.   Because of her actions, she was interrogated at least five times by the Harmony Hunters, and more than five times if you don't believe the official record. There were many who swore, up until her death, that she would unleash some power within her that would topple the current order. She had neither such power nor such ambitions.

Kuta has surprisingly high agreeableness for a person of her prestige and influence.

Kuta's family earned roughly half a year's income each day, and she herself saw about a tenth of that income. Even with all that cash inflow, she learned to stretch her wyi as far as it could possibly go, especially impressive given the rigidity of the currency. She intentionally lived on half a wyi a day to explore just how frugal she could be.   She fully owns the tenement house where she works, a six-story mansion on the outskirts of Eryai Etwerai. However, she also owns the equivalent of dozens of square miles in the fertile central rural plain of Keyrit. As a non-main heir of the Yekelia Dynasty, she owns the same size of land on Wlitowa and has managerial access to hundreds of square miles of surrounding territory.
Alignment
Lawful Good, but not a Narc.
Conditions
Ethnicity
Keyrit-Welokyi
Honorary & Occupational Titles
Lady of Yekrat, Daskalarch with Honors, the "Hive Queen."
Life
1569 1664
Birthplace
Yekratwerai, North Wlitowa
Children
Current Residence
Eryai Etwerai
Biological Sex
Female
Hair
Flaxen, roughly half a meter in length, but always arranged fashionably
Height
175 cm (5' 9")
Weight
50 kg (110 lbs)
Quotes & Catchphrases
"The Hive Queen is a fine name for me. There are much more violent, and much dirtier, ways to become royalty. I'm the first of my line!" "You'd like a talk with me? Oh, I'm much too busy for a talk with you. Perhaps you could help me hand out clothes, and we could talk then?" "I wish my family came to visit. Oh, I can certainly accommodate for their tastes. I have hundreds at my beck and call!" 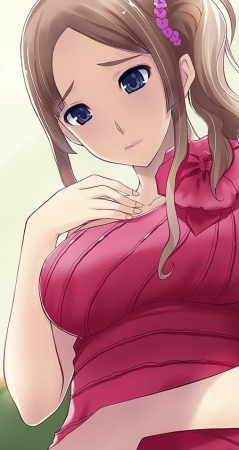 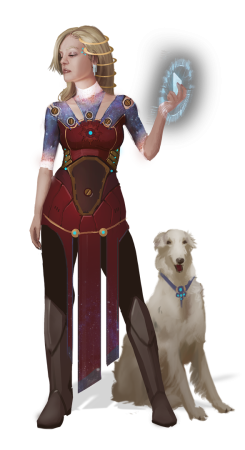 1. The idea of somebody who used the apathy of their family to their advantage is a very good one. It makes sense, being ignored can be a virtue many people tend to overlook; Kuta using it, shows some signs of intellect.   2. How did her very aristocratic family react to (what I imagine) were some rather controversial views on the poor and disadvantaged? How did they react to her taking action on those ideals, and how did it affect the family's standing?   3. I'd love to see what her family thought of her in the form of quotes, and perhaps some from the people she helped and perhaps even from herself.   4. I notice the images in your gallery do not give credit to the artist, which goes against the world anvil etiquette which can be found here: https://www.worldanvil.com/etiquette

1. Thank you for the insight. 2. It was an experiment on another continent for her family, I presume. Regardless, I cannot edit more until the competition is complete. 3. See (2). 4. Apologies. They are both from now-defunct games. The first was from The Mandate, a Kickstarter project that I backed that met its goals but failed internally: https://themandate.gamepedia.com/File:Romanov.png The second, perhaps embarrassingly, is from My Sweet Roomies, a garbage dating simulator that closed in August of 2017: https://imgur.com/gallery/ViiBL Let this comment now act as my full citation list.