In just a few months, a flash of the pan in the eyes of history, the invasion from the greedy Tuhran Empire and the secret affair between their nations' royalty turned the stagnant Wlitowa Authority and the upstart Order of Keyrit from fierce rivals into adamant friends. The friendship was molded in the Battle After Marriage and solidified in the Great Union of Doyog Mountain. The resultant Doyog Pact would go on to become the longest-lasting standing alliance in Wouraiya, lasting even through the death of one of its members.

The Great Union of Doyog Mountain is considered much too important to include relatively-petty regulations tacked onto it. As a result, the Great Union of Doyog Mountain has an accompanying document, simply called the Terms of Doyog Mountain, which outlines rules which govern the entire Pact. One could imagine the Great Union as the constitution for the Pact, with the Terms being the Pact's codes.   Laws introduced to the Pact must come from the codes of either of the two nations. Because of Keyrit's Byzantine legal system, most laws for the pact usually start as a Wlitowan royal decree. Regardless, the law is passed from the monarch of the law's origin to the opposite monarch to be signed and included in the Terms. There is no formal process for the inclusion of Keyrit's elected branches, but the Keyrityi king makes sure to send a list of approved Terms to the legislature for review.   Terms are rarely repealed, but outcry from the Keyrityi House of Majorities added repeal procedures to the Terms. One side could declare a law void, giving the other side one year to protest the nullification. If the protest is received within that year, the law would be put in a state of limbo (effective, but not enforceable) until both sides come to an agreement. Otherwise, the law is removed from the Terms.

The Doyog Pact was accompanied by the royal marriage of the Keyrityi and Wlitowan ruling dynasties, so the primary two nations view each other as independent but inseparable. Vassal states and provinces are children, and bordering nations are neighbors. There may be family disputes, but the members of the Doyog Pact would be loyal until, and after, death. When the Wlitowan Authority was overthrown in a revolution, the revolutionaries still kept the Doyog Pact. When Wlitowa was conquered by the Ugo-yt Empire in the War of Giants, Keyrit still treated those who fled like relatives, and took them under Keyrityi protection. So, while the two nations have wildly different worldviews and cultures, they share in the Doyog Pact equally.

After the conquest of Tuhra, Wlitowa had reached its administrative capacity, and the Great Union of Doyog Mountain prevented the nation from expanding further. As a result, Keyrit was far and away the more active member abroad. While Wlitowa internally wanted to keep the peace, Keyrit launched massive colonial and imperial expeditions into Unterritory and elsewhere. While Wlitowa was technically the first to discover Retkokua, Keyrit was the first to discover Retkokua and return, as well as the first to colonize.

Because this article is intended to make as much original content as possible, the background leading up to and through the Doyog Pact may be found in these three articles:   The Battle After Marriage, under which Keyrityi and Wlitowan forces united for the first time, creating an unofficial alliance.   The Great Union of Doyog Mountain, under which that alliance was formalized as the Doyog Pact.   The Eastern Uprising, the first military test of the formalized Doyog Pact.

The island-continents of Keyrit and Wlitowa are considered the heartland of the Doyog Pact. However, the island-continents of Wlitowaru'u, Tuhra, and, to a degree, Unterritory were all part of one of the two nations by the time the Doyog Pact was signed. As a result, the Doyog Pact lays claim to nearly the entirety of Wouraiya apart from the mainland. This being the case, legislation for the alliance doesn't generally limit itself to the confines of its territory. Instead, the signing countries assume that the laws apply to the entire world off the mainland coast, and that soldiers are given authority to enforce the Terms wherever the soldiers happen to be.

Keyrit and Wlitowa both sported large militaries at the onset of the Doyog Pact. The Keyrit side was too specialized and steeped in tradition to pool resources with Wlitowa, while the Wlitowan king wanted only troops which were loyal to the crown. As a result, the Pact itself never had military resources to its name. However, both armies were given authority to enforce the Pact's laws. Wlitowan military leaders who were serious about their duty and not merely royal family members in need of a job trained in Keyrit academies.   Mostly for fear of wearing down the Pact, Keyrit didn't call Wlitowa to action for small wars, and vice versa. The three notable big wars through which the Pact weaponized its full force were the Great Eastern Uprising, the rebellion of Tuhra and Unterritory against their former occupiers; the Yukur War, when Ugoyt-backed Yukur attacked large Wlitowa centers and threatened to attack more; and the War of Giants, the Ugo-yt Empire's final gamble to gain supremacy in Wouraiya. During these times, Keyrit and Wlitowa commanders could take control of each other's militaries depending on geography and convenience. With few exceptions, the commandeering would be accompanied by a royal pardon from the owner of the troops.

Though technically under Keyrit's control, the autonomous city-state of Welkwu sent several emissaries to the Doyog Pact. Welkwu specifically wanted special exemptions for certain companies, and communication with the Pact was more effective and cheaper than sending an emissary to Keyrit and bribing the neighboring Wlitowan governor of Tuhra. So long as Welkwu's borders remained stable and Welkwu didn't grow in military strength, Keyrit would sign off on the deal. Wlitowan approval and lip service to the king went hand in hand. While Welkwu didn't gain any more territory on paper, its effective control of the local area was able to grow massive from within the Doyog Pact.   The only nation on par with the Wlitowa Authority and the Keyrit Order at the signing of the Great Union of Doyog Mountain was the T'kakou Empire of Ugo-yt, without which the Doyog Pact would easily have been a hegemony. As a result, the Ugo-yt did its best to play Keyrit off of Wlitowa and vice-versa in an attempt to maintain the balance of power. Ugo-yt's attempts at subversion were never hard enough to provoke a full-scale war, but they slowed the Pact enough for the Ugo-yt Empire to keep up the pace, both technologically and militarily. The Ugo-yt also supported insurgencies within the Pact, recognizing their sovereignty where applicable and calling them allies. The Ugo-yt would eventually "liberate" Tuhra and sign a New Pact under Doyog Mountain, as a direct affront to the initial alliance. 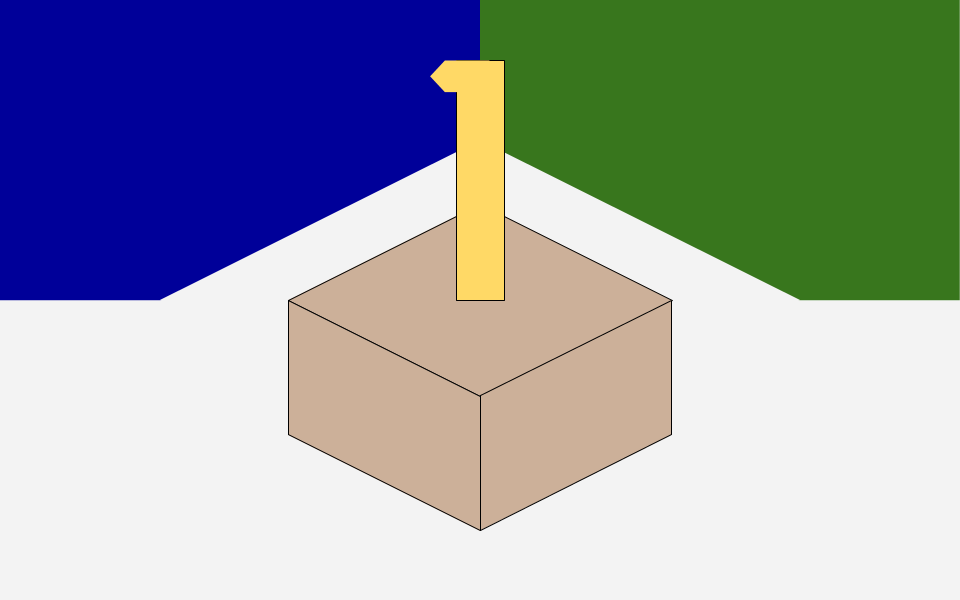 Once rivals, over rivals, opposing rivals.

Founding Date
1537
Type
Political, Alliance
Capital
Ak'tawo
Alternative Names
Keyrit-Wlitowa Alliance
Leader
Ikata Takwyare: The Giantess General
Head of State
Ikata Takwyare: The Giantess General
Power Structure
Transnational government
Judicial Body
The Keyrit judiciary, though potentially stricter, is much more reliable as a system than Wlitowa affairs, where the royalty in charge can change verdicts for or against the defendant at will. As a result, organizations and larger entities in Wlitowa petitioned the Keyrit government for trials ever since the Doyog Pact. The Wlitowan king despised this subversion of royal justice but held his tongue in order to maintain the integrity of the treaty. Keyrit was blissfully unaware of the king's wrath and assumed that their southern neighbor was merely outsourcing their judiciary.   This assumption met a swift end in the Geltang Case. By the time this was brought to the forefront, the tension had been simmering down over three or four generations, and Wlitowa had gotten used to the new system. Tirk Geltang was a Wlitowan republican who was accused of inciting rebellion against the king. He was arrested, but his lawyers smuggled him northward to Keyrit. He was arrested by Keyrit authorities before he stepped foot on Keyrit soil and dragged to the judiciary for review. Tirk confessed to migration but also to vocal opposition to royal imposition. The Keyrit judiciary, thinking that the Wlitowa Authority would be satisfied with a confession, gave him a practical slap on the wrist. Tirk Geltang was shipped off back to Wlitowa but was never seen again.   This small action single-handedly almost broke the Doyog Pact. Wlitowa sent emissaries to express the fury of the monarch, and Keyrit sent emissaries apologizing for the mishap. It was then agreed that Wlitowan citizens and companies would be brought to Wlitowan courts, and Keyrityi citizens and companies would be brought to Keyrityi courts. A large flood of companies and guilds began setting up token branches and declaring Keyrityi citizenship, and the agreement was modified. Entities initialized in Wlitowa would face Wlitowan judges, and the same for Keyrit.   While Wlitowa didn't have a census system effective enough to confirm citizenship, Keyrit did. As a result, it was decided that anyone not in Keyrit's books would be deemed Wlitowan.
Official State Religion
Togkou: The Seven Truths
Parent Organization
Keyrit, Iathoya Takalarkyi: The Daskalarch Order of Keyrit
Subsidiary Organizations
Location
Ak'tawo
Controlled Territories
Related Ethnicities
Related Myths