The majority of tieflings originate either in the Grand Duchy of Molndal or come from the settlements and fortresses around The Kirinal Pit.

The Dispelling, a 24-hour period after The Kirinal Explosion when magic stopped working, revealed a dark secret about Molndal's aristocracy. Many of them were secretly tieflings and had been for generations.

Many were immediately set upon by the populace and slain. However, once the initial bloodlust passed, a strange thing happened. Cooler heads argued that the people should be proud of their nobles. Their results: prosperous people, an organized society and strong defense were worth tolerating a little diabolical blood.

Molndalian Tieflings have a complicated relationship with the humans that they live amongst. Tieflings are viewed with suspicion but they are not automatically rejected.

The natural result of centuries as an interdimensional crossroads. Populations of mixed breed outsiders, referred to as "Pit-Bloods", are accepted in society as long as they swear allegiance to one of the Concordant Nations. 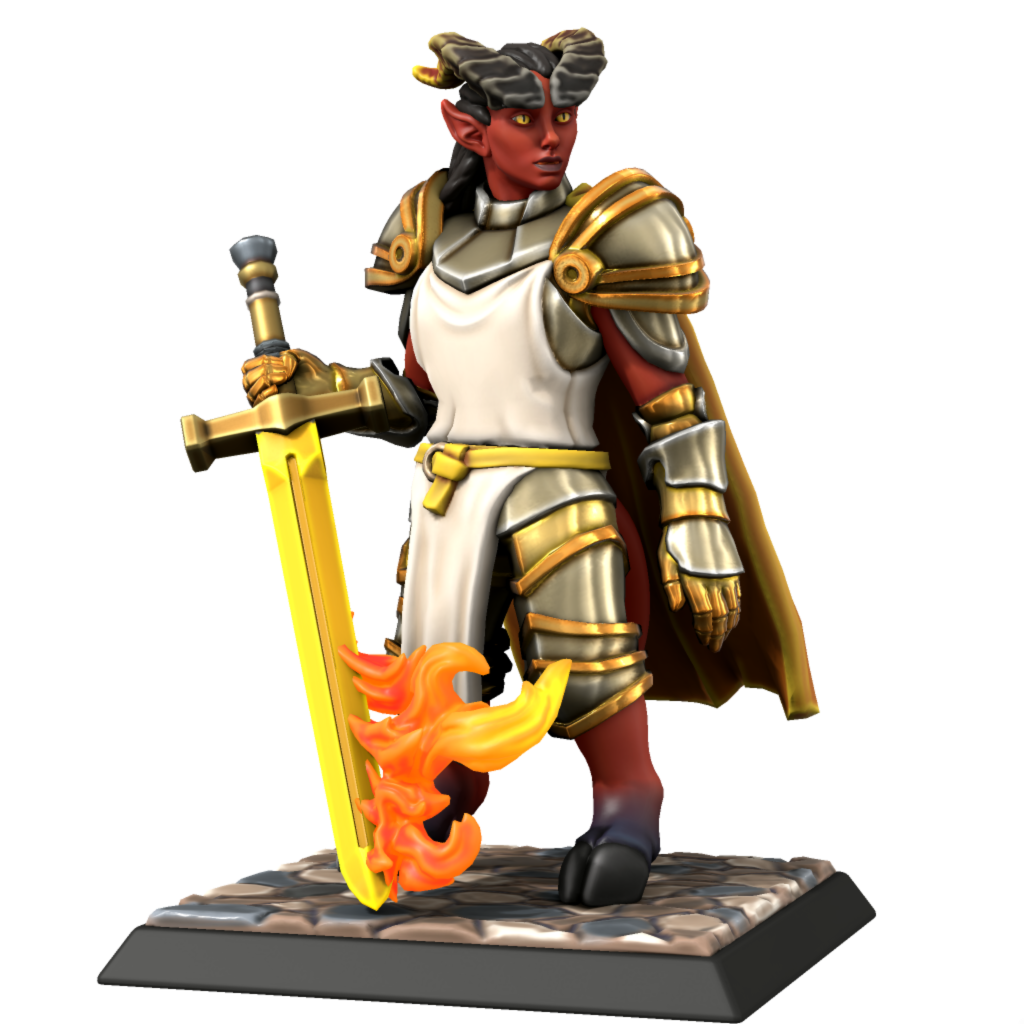 by Chris L
Baron Tun-Razak is the tiefling daughter of Count Hellenbrecht Tun-Razak. She is a Legionmaster at the Bulwark of Light and the highest ranking Tiefling in the Order of Light.
Related Ethnicities
Ancestry