After the Night of the Shattered Moon, the disparate followers of the moon were bound together by grief. Thaya, the moon goddess had sacrificed herself to prevent Far Realm invaders from cracking the world open.

Denied from their original goal, the armies of the Far Realm used the moon as a base. The mortal races watched helplessly as their forces descended from the sky world-wide.

Elves, vampires, druids, and sun/moon worshippers formed an alliance to take the battle to the sky. They would fly to The Shattered Moon and take it back.

We loved her as much as you did. Put aside your disgust for us, temporarily. Together, we will make sure that she did not die in vain. 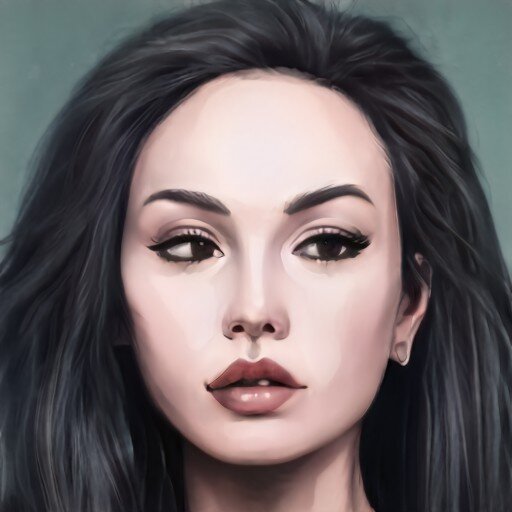 Thaya - Goddess of the Moon by Chris L - Artbreeder

The death of the moon goddess shook those who loved her to their core. Once their grief and disbelief had dissipated, they found themselves filled with the need for vengeance.

The first children of the moon formed the strongest partnership in the coalition. Together they rediscovered and launched an armada of ancient elven ships capable of flight.

She was our mother.

The vampires loved the moon. They coveted her, paid homage to her, and spilled blood for her.

She loved them back. Sometimes she hunted with them.

We loved her. Wanted her.

The wizard's interests were pragmatic. The aberrations could not be allowed a foothold in this reality. They turned their arcane might and engineering skills towards the task of retaking the moon.

The Church of Sun & Moon

Thaya's death left her clergy bereft. The church of the sun god, Thaya's spouse, gave them succor. Mysteriously, a month after her death, their prayers were again answered by an unknown source.

The werefolk called the moon First Sister and Alpha of the pack. When she died they descended into lunacy, locked into their bestial forms for a month.

She was one of us.

After Thaya died, the Far Realm claimed the moon, covering it in madness. The lycanthropes of Erathia were especially affected, locked into their bestial forms for a month, bereft of their intelligence, and filled with bloodlust. During the Month of Lunacy, they went on a rampage, killing anything that moved whenever the moon was in the sky.

The lunacy left them in a helpless stupor during the day. They were hunted down, entire packs were slain by silver-wielding mobs. At the end of the month, the weretiger druid Jazera was the first to wake up from the madness. She broke the grip of madness on her people and traveled the world to wake up the other weres and gather them for the coming fight.

Unceasing howling filled the night. The weres wailed for their fallen sister. They filled the emptiness inside them by gorging on flesh. At dawn, it stops abruptly.

The old, scarred hunter put together his gear: crossbow, bolts, silvered blades, and wolfsbane. "When the moon goes down, they just drop where they're standing. You just walk up and it's a piece of piss to put a silver bolt between their eyes."

"I've always hated them, but this is the first time I've felt sorry for them." He slid his prosthetic silver hand onto the stump of his arm. "Doesn't mean I won't kill every single one of them."

I woke up in pain. My mate, a normal human hunter, the father of my children, dead before me. I was covered in his blood, but he was able to break my madness. I was myself again.

— Jazera, Heirophant of the Jungle Packs

The dead moon, putrescent and green, hung in the sky, mocking everything that it once stood for. Separately, various followers of the moon and other powers searched for a way to reclaim Thaya's divine body and to cleanse the moon of its infection.

The vampires hoped to bring her back by making Her undead aspect ascendant. The mages of Wizard's Peak University looked for a way to ward the moon and drive off the infection. Most of Thaya's clergy sought solace in the arms of their brother Church of the Sun. The elves searched for a way to take revenge.

Heart-shaped leaves fell from Telperion, the great silver tree, as it's trunk cracked and twisted. The clergy had just witnessed the death of their goddess in the sky above them. Now they tried to survive as their temple collapsed around them.

The survivors crawled out of the wreckage and instinctively looked upward for their goddess. They gasped in horror to see that the moon was now a pulsating green abscess in the sky.

As the high priest cried silently on his knees, he noticed the wood of Telperion floated a few inches above the ground, as if it were being drawn up by the moon.

The aberrations of the Far Realm used the moon as their main base to project their power onto the world. Everyone watched helplessly as gigantic dreadnoughts carried armies from the dead moon to the world. On the night they took the moon, the few gates to the world were destroyed and teleportation barriers were put up.

They drop out of the sky and land wherever they want. We can all see them coming, but there's no way to stop them. We have to find a way to fight on the moon.

The ancient depths of the elven forests hid a secret from before the Age of Mortals. Groves of skyships capable of traveling in space sat unused for millennia. Their original power sources were long gone, but they were capable of making the trip to the moon when powered by the Wood of Telperion. There were enough ships to carry armies.

The proud elves did not see any reason to involve any other mortals. They invaded the moon alone. The flower of elvenkind, warriors and mages of the Three Kingdoms, boarded the skyships and took to the night sky to take back the moon and save the world.

Of course, we would do it alone. We elves were the first of the mortal races. We were the first to wield magic, build cities, and form armies. The Three Kingdoms had never been conquered.

Our ancestors had ruled among the stars! We could simply fly into our enemies with our re-discovered technology. Surely they would burn before us like dry grass on fire. We were the wisest, the strongest, and the fairest. We were fools.

The proud elves did not have a strategy. They expected to fly to the moon, form a beachhead, and simply open a gate. Every ship was destroyed as they smashed themselves against a blockade of dreadnoughts. Every elven soldier died without drawing a sword. The First Armada never reached the moon.

The elves withdrew from the world. They closed their borders and prepared to flee to Faerie.

The world watched the carnage through magical scrying and mundane telescopes, their hopes dashed. When the vampires heard of this failure, they came to the Elven Court of Amredhel with a plan and an offer.

To the astonishment of almost everyone, the Elf-King agreed. This first alliance between enemies became the template for the Concordance for Survival that would follow it.

The vampires and elves, with druids as go-betweens, called themselves the Shattered Moon Coalition. The new alliance sought out more folk to join them. They gathered lycanthropes, Thaya's clergy, and wizards into the coalition formally to plan their attack.

Valentine, the King of Vampires himself, stood at the edge of Hart's Home Forest, bearing the white flag of peace. He was the first of his kind to enter the Court of Silver Stars.

"From one proud people to another, we know that you want to do this alone. You cannot. We offer our assistance. Take us through the void in your ships. We cannot cross the burning gulf of sunlight without you."

As the war raged on the world below, the Coalition scraped together another armada. This one was filled with the last warriors of elvenkind joined by an army of vampires, weres, and other moon followers. A contingent of wizards traveled with them, keeping the ships invisible as long as possible to avoid the fate of the First Moon Armada.

The Second Moon Armada got through a blockade of abominations and landed just past the terminator on the dark side of the moon. They held off armies of aberrations long enough for a permanent gate to be opened back to the world and the mortal armies finally had a victory.

"We managed to get through the blockade before they discovered us. The last 2 ships in the armada turned around to cover us. It was certain death and they knew it. But the mission was more important than their lives." Jazera closed her eyes in pain. "My son was in command of those ships. He made the right decision. I'm proud of him."

"We touched down on the dark side of the moon so the vamps wouldn't burn in the endless daylight." Her cat-eyes shone. "I'll never forget the first time I stepped on the moon. The power of it rushing through me. Like I was home. My packmates felt it too. We were unstoppable."

End of the Coalition

The establishment of the Coalition's Moon Gate marked a tipping point in the War Against the Far Realm. The mortal races could finally go on the offensive, sending armies through the gate as the Telperion Skyships became good enough to blockade the Far Realm dreadnaughts. The complete collapse of the World was prevented, but the War would still go on for another decade.

This alliance of convenience did not survive past the fulfillment of their goal. When the Elder Evils were finally ejected from the Shattered Moon, the coalition no longer had a reason to hold together.

The Elf King Thirion formally ended the coalition soon after the Gods Withdrew, dragging the Elder Evils into exile with them. The vampires hopes of gaining a foothold on the Kirinal Pit were dashed.

"I Thirion, High Elf-King, call the final meeting of the Shattered Moon Coalition to order!"

"The goal we set has been accomplished. This was temporary, we were never friends, we know you too well to trust you. It is time to return to the former status quo."

"Tol Acharn, the Southwest Fortress belongs to the elves. The Vampires will no longer be welcome there. That was never part of the deal."

Take back the moon.

The combined Church of the Sun & Moon was a guiding force in the Coalition and, like the vampires, were shocked when the Vindicators left the alliance and claimed the elven fortress on the Pit.

The Vindicators provided the skyships that enabled the coalition to travel to the moon. Once the moon was retaken, the elves and druids terminated their membership and never looked back.

The Silver Council looks back on the coalition with satisfaction, their goals accomplished, and with new arcane abilities mastered.

The weres of the Orphans fondly remember their days on the moon, where they were encouraged to hunt and kill instead of being persecuted.

The vampires of the Blood Moon Covenant are angry that the Coalition ended. They believe that Thaya's Vindicators have usurped their rightful place on the Pit.