The first paladins fought for divine justice and the weal of common men. Now we get paladins fighting for actual tyranny, or "the woods", or "themselves". What does being a paladin even mean anymore? I tell you, belief is power, you just have to channel it.

Paladins embody their oaths, mixing martial might with divine power to smite their enemies and fight for an ideal. These warriors most often serve at the Kirinal Pit and in the Kirinal Concordance Zone, the world's main locus of belief and conflict.

The first paladins were members of the Order of Tridensers who embodied the ideals of justice and mercy in service to the god Anam. For centuries, paladins were embodied by Tridenser King and his Eternal Paladins, paragons of goodness and law who fought against evil and promoted honor and goodness.

Over the centuries other types of paladins began to emerge: paladins in service to a nation, paladins who fought for injustice and evil, paladins who served nature and the elements. The power to create divine warriors was no longer confined to just the lawful and the good.

On the walls of the Kirinal Pit, legions of paladins focus their divine might in defense of the worl. They are the bulwark against which extraplanar armies break. Paladins of many oaths defend work together to prevent civilization from being overcome.

Elven wariors and other denizens of the natural world take an oath to defend the green places. They hunt down unnatural monsters and poachers with equal vigor. They focus on aberrations and undead who infect creation with their unnatural taint.

Power is also granted to those who take oaths to great nations and enormous egos, not just gods and the Green. The armies of old empires are led by divine warriors who demonstrate the power of their creed.

Paladins take an oath to a greater power that they must uphold. 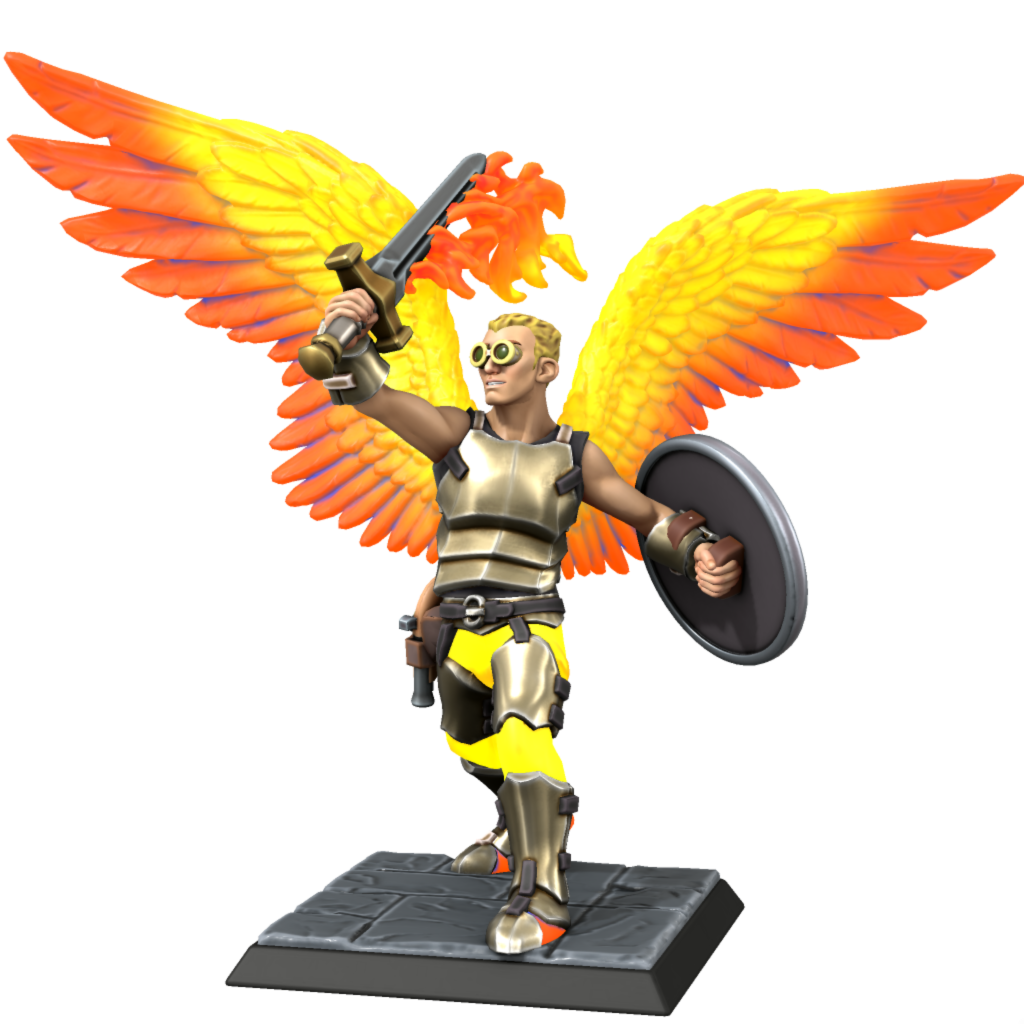 Sir Sammael of Kirinal is an aasimar paladin, a Ruby Tridenser Knight in service to St. F'tor. He is the Captain Commander of the Kirinal Divers and the first to enter the Manifest every day.

The foremost order of holy warriors in the world. Serving the god Anam, they have defined the tenets of law and the virtues of good for 1,700 years.