As a people, orcs have had the hardest time of all the mortal races. The first orcs were created by evil gods to be dark reflections of the other mortals. They were born with the voices of those gods in their ear, driving them to slaughter and conquest. They waged constant war on all their neighbors, never able to form alliances, never capable of earning trust.

Even with the creation of the Empire of Borthakar and the elevation of those with orcish blood, only half-orcs, born without the blood whispers, could be trusted to lead nations and form alliances. Then the Gods Withdrew and their voices were muted in the ears of the orcs and the other "humanoid" races. Orcs could finally choose their own destiny.

The Path of Blood

Some orcs choose to remain on the Path of Blood, following the ancient ways of their ancestors. They wage indiscriminate war on their neighbors and make their living as bandits and plunderers. They no longer hear the roar of chaos from within, they choose the path that they are on.

These orcs live on the edge of civilization. In the far north they roam the tundra beyond Borthakar and the Alian Tribes. They attack both equally, viewing the tribesmen as traditional enemies. They see the orcs of Borthakar as traitors to the old ways and are impossibly vicious to civilized orcs that fall into their grasp.

The Road of Enlightenment

The orcs who choose civilization tend to go for the extreme. They dress in formal wear all the time and affect non-orcish accents. They strive hard to earn the place they have been given in the modern world. They send their best and brightest south to fight on the Kirinal Pit to bring honor and glory home to Borthakar with them.

Without the blood whispers, orcs now seek out positions of power and trust wherever they go. They look up to Sergeant Grokzaz Kill Flayer, the most respected Orc in the Kirinal Concordance Zone. They seek to emulate his path from Pit-Meat warrior to a respected trainer of young recruits. 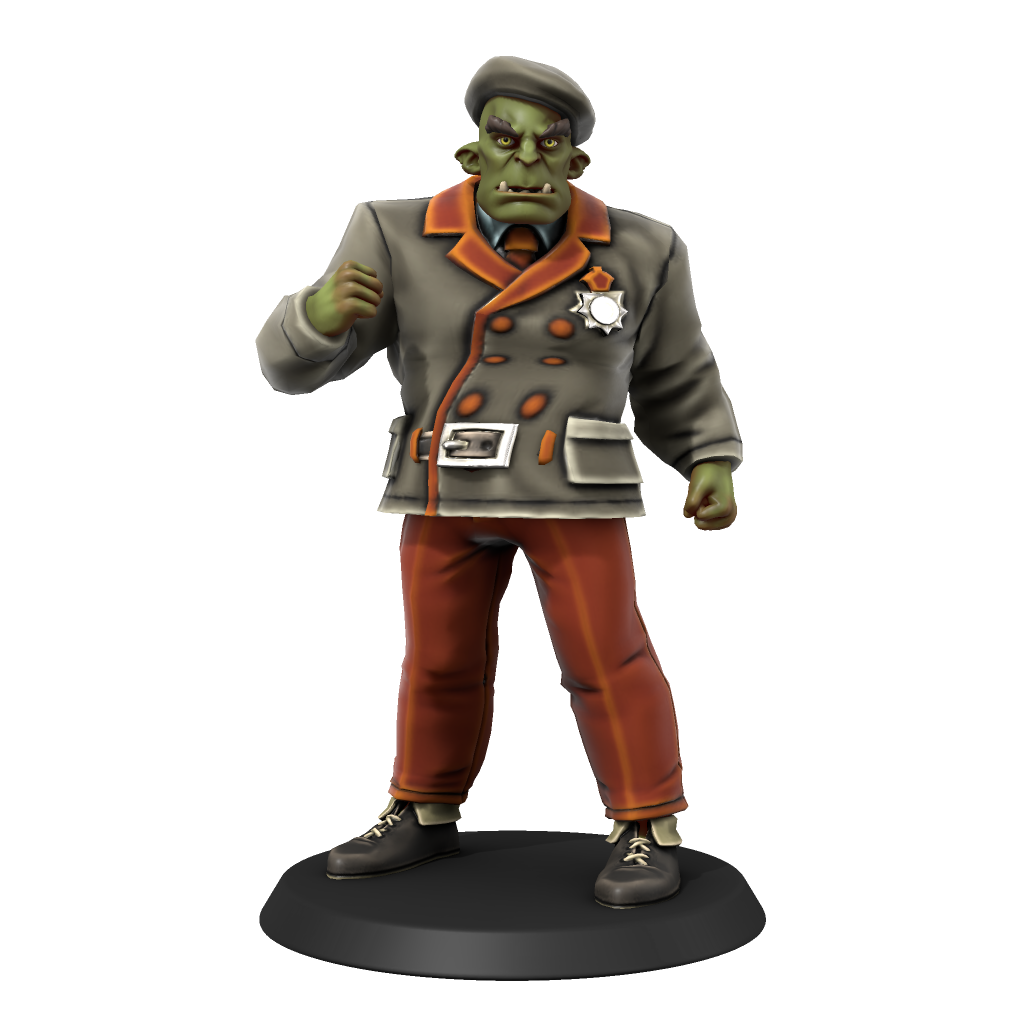 Sgt. Kill Flayer by Chris L
Sergeant Grokzaz Kill Flayer is the head instructor of recruits in the Kirinal Concorance Zone. A decorated veteran of the Bastion o Borthakar, a generation of warriors knows and trusts him implicitly.