Monks first master their physical forms on the path to perfecting their minds and then their eternal souls. I admire the hard work and discipline that they display every day in my monastery.

The monks of Erathia are the undisputed masters of the powers of ki. They train for years to focus on the energy generated within them and harness it to achieve amazing supernatural feats. Future monks are recruited in their early adolescence to train in a monastery.

The fat bald elf sits with legs crossed at the edge of a serene pool. The largest koi in the pond swims up to him. Its mouth moves as if the fish is speaking to him. The round elf's eyes open, glowing gold. His laugh echoes off the trees and the walls of the monastery. "Thank you revered Lǎo Lóng. Of course, you are correct!"

The scarred orc with cauliflower ears wraps her hands. She downs a cask of beer all at once, enters the ring, and releases a fiery belch. A half dozen young fighters line up eager for the prize money. The announcers voice rings out, magically amplified. "And facing the challengers all at once, our champion Lash the Pitiless!" The poor bastards have no chance.

A smartly dressed human with a conical hat and a glowing blue staff enters the alley and examines the chalk outline of a body. He kneels down, closes his eyes, and suddenly leaps to the rooftop two stories above him. The detective's hands dart out, striking oiled leather with pinpoint precision and the criminal falls unconscious. Detective Lim calls down to the assembled zaps, "They always come back to the scene of the crime."

In the Kirinal Concordance Zone, the Kirinal Council has realized that monks make ideal policemen. The Zone Authority values their discipline, loyalty, and training. A monk's ability to fight unarmed and to take down suspects without killing them makes them even more valuable.

Any monk willing to join the Zone Authority Police can quickly earn an eight-sided ident-a-hedron along with a fast track to citizenship in the Zone. 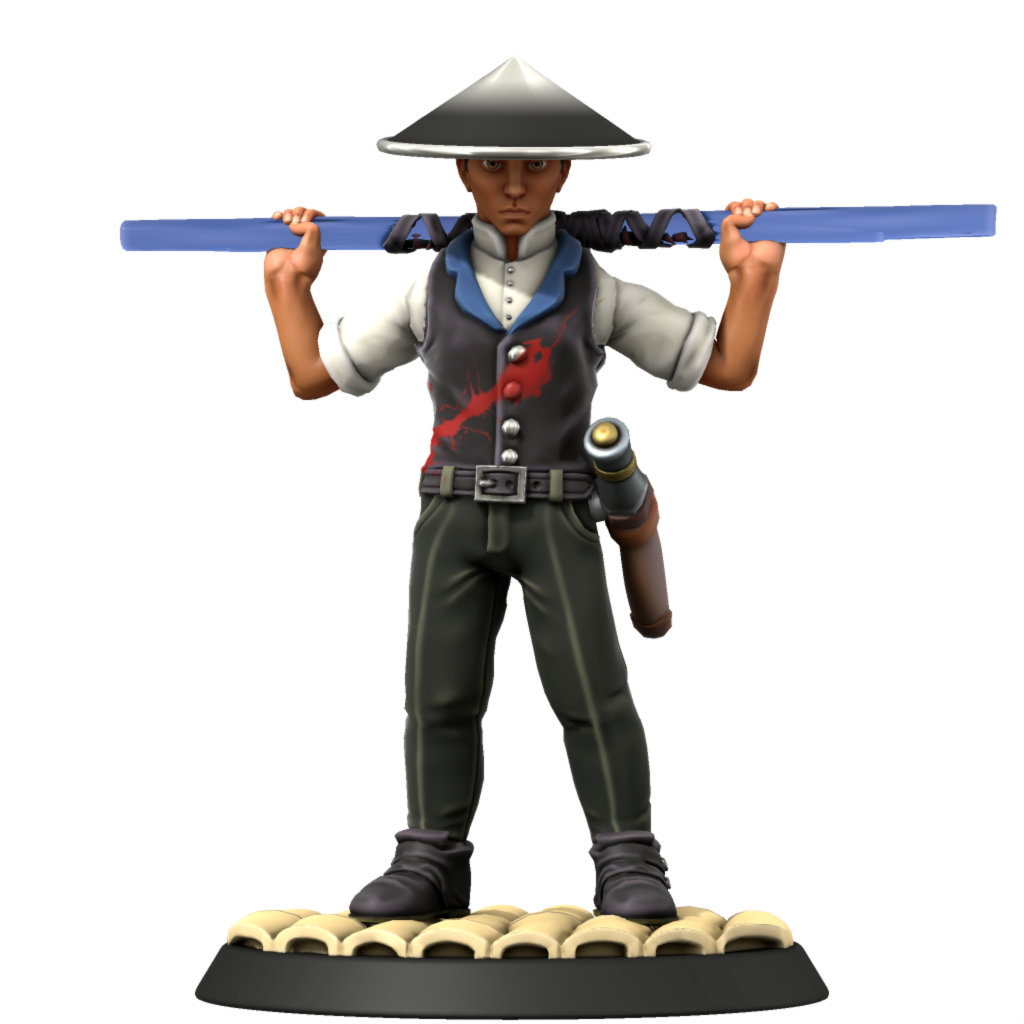 Detective Lim, Master of the Way of the Ki-rin by Chris L - Heroforge

Detective Lim is an accomplished monk and martial artist. He is a master of the Way of the Ki-rin and is the lead detective of the Zone Authority Police.