It's easy to forget that Kirinal the City, the Pit, and all the tumult around it was named for the the heavenly ki-rin. And now they're coming back!

Ki-rin are celestial beings with incredible power rivaling that of dragons. They live in the vast plains of the Heavens where they can roam to their hearts content. They make their homes in elegant palatial aeries filled with beautiful works of art. They come to the mortal world deliberately to fight great evil or to bless a location with their divine glory.

In the mortal world, they create temples to the Withdrawn Gods on scenic mountaintops, beneath the waters of sunlit coves, or in pristine forests. In the Kirinal Concordance Zone, a ki-rin is rumored to have taken up residence at the Empyrean Ki-rin Monastery in the Ki-Rin Forest east of Tridenser City.

The city of Kirinal was founded in a place of incredible natural beauty, where the Kirinal River and Gold Arrow Rivers merged amongst hills and forests. People fleeing the end of the Numorian Empire were drawn to the location by a ki-rin flying overhead and landing where the city would be built.

The new city was named Kirinal after the majestic beast and for millenia it thrived. Kirinal was the capital of the Pax Lozaria, the center of culture, learning, and art for the most peaceful recorded era of the Mortal Age. Throughout the good times, ki-rin periodically appeared over the city, signalling important events and as omens of good fortune.

That all ended with the first Kirinal Catastrophe when the city was destroyed in a surge of wild magic. The ki-rin protectors of the city fell defending the city against the armies of the Lich-King and the city itself was disintegrated in the creation of the Kirinal Pit.

Priests and scholars theorize that the ki-rin have come to signal a new age. That they have come to bless the new modern age of equality and technology. But few have bothered to ask the ki-rin themselves.

The ki-rin have come back to the mortal world to work against the Hell Week Accords. They dread the powers of Hell gaining control of the Kirinal Pit. They have assembled a secretive Heavenly Council of Ki-rins, gathering celestial beings and Seelie Fey to help direct and protect the mortal races. 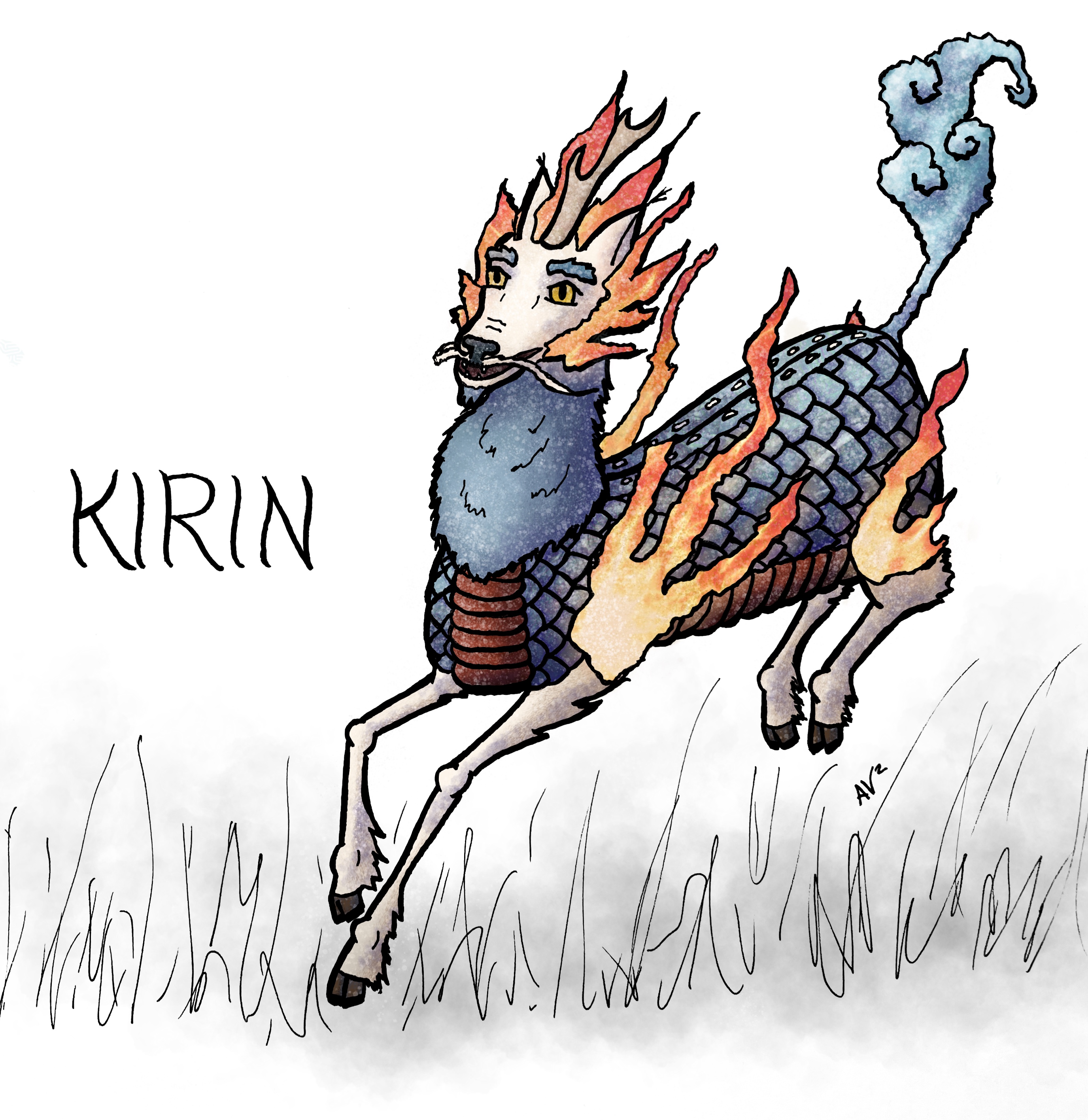 by Amy Winters-Voss
The celestial ki-rins protected the lands around Kirinal for millennia before they were wiped out by catastrophes. In recent years, new sightings of ki-rin have been seen around the Pit.

I look forward to finding out how the kirin fare as they protect the mortals!

Poor ki-rin who fell protecting the city. I hope the new ones have better luck! <3

This is a really interesting creature, and once again the art is just gorgeous! I'm glad to hear they're coming back, they would be really cool to meet :)

Thank you. I'm figuring out how to blend this into the campaigns I'm running. Should be fun.