The crew of the Blackjack spends Shadow and Prime interviewing applicants for their crew position, exploring the Zone, gathering intel, and making contacts.

Lance Uppercut and Xeno take a trip together to Tridenser City. They marvel at the enormous towers built to house Soulforged.

The divinely-touched residents of the city take immediate notice of Lance's Aasimar heritage. They greet him profusely and take great joy in his arrival among him.

The pair makes it known during their visit that they are looking for passage or cargo to take to Razun. An elderly halfling couple (Besso & Pansy Cotton) buys passage to travel to Razun to visit friends. They have no baggage.

In Aurumopolis, they are joined by Niamhi Silversång as they go to meet Lance's cousin Harmony Tun-Razak. Harmony is a Legionmaster and in command of 1,000 troops at the Bulwark of Light.

She's the highest ranked Tiefling in the Order of Light. In a heart to heart with her favorite cousin, she suspects that she's been artificially raised in rank because of her heritage and who her father is. "That's okay Lance! I don't care why they gave me the opportunity, I'm going to use it to make things better!"

Lance asks if she has any jobs for them and she comes back with a contract for them to deliver a ton of newspapers, The Beacon, at all the stops they make from the Zone to Razun. She comes up with 1,000 bilogs/gp for them to "grease the wheels" as they go

The main thrust of The Beacon is promoting the passage of the "Hell Week Accords". The Accords are a negotiated week with the Baatezu where the Manifest would be the Nine Hells for a week. The proponents have calculated that making the change would reduce the chances of inimical planes appearing on Shatter to almost zero.

Niamhi asks Harmony if the "devils" should be trusted. Harmony takes strong offense. "I share my bloodline with those 'devils'! If I can be trusted, then so can they!"

They agree to take the shipment of newspapers and, most importantly, the payment.

Three first mates complete with crew show up for the interviews. They are all first-time applicants for first mate and it becomes quickly apparent that, at the party's level, that's all they're going to get.

Trouble comes with a crew of 5 Tiefling/Human experts, orders from the Order of Light, and a gigantic attitude. She flirts with everyone relentlessly and behaves as if she has the job already in the bag. She's an experienced sailor with years of experience on Light skyships.

Thunderfox comes with a crew of 5 shifters. This dashing shifter prefers to stay on the edge of his foxy form as much as possible. When he realises that Niamhi and Lance are nobility, he gets nervous and flustered. He and his crew have mostly flown the southern routes to Andin and back.

Zut arrives with a crew of 5 lizardfolk. Zut likes to make things go bang and drink vodka. He hails from the Bluestar Alliance, but his accent is from Osarrus He has sailed on both ships of the sea and the air.

The party has yet to make a decision on which crew to take, although they are leaning towards Thunderfox.

On the next day, when Prime Manifests, a piece of Numenara appears. The Salvagers immediately go to work, scouring the Pit for as much technology as they can recover.

Niamhi's hedron pings, it's Urim Goldmaster, he has more cargo for transport. He and Niamhi negotiate to increase his load to 10 tons for 1,000 bilogs/gp. Niamhi is giving him a bit of a deal in exchange for the chance at an ongoing contract with him. This is a little less than the normal charge for high value extraplanar cargo.

Finally, Niamhi takes her first steps into a bigger world. She practices using her changeling powers, taking on the form of a male half-elf. She is gathering information on the Blackjack. She visits Aqua Docks in Garrison City and The Merry Scoundrel in Aurumopolis.

She finds that the Blackjack and her father have a few people that know of them wherever she goes. The previous Baron was known for his discretion, his ability to turn a profit, and his work for the Order of Light. He seemed to hide dark secrets, was torn by something hidden, and was thought of as a good captain and a good man. Description of the Blackjack varied at every place she visited, being described as both an assault frigate and an ornate custom equipped exploration vehicle. None of the descriptions match its current schoolbus appearance.

Evenings Under the Silver Tree

Lance discovers the hidden party culture of the elves when he travels solo to Menelost Telperion in the evenings. Despite not being an elf, the residents of the fortress relax and immediately accept him.

Lance dances to pounding drums and high intensity music. He notices that there are two types of elves, those "normal" elves and the wilder, more primal Entulesse. These hard drinking, hard partying elves are enjoying their time back in the "real world". He feels like he's found his people.

He makes a friend in Aymer Ulalen, an Entulesse Barbarian who frequently fights on the Shattered Moon. He promises to bring Lance back a souvenir from his next mission fighting aberrations. 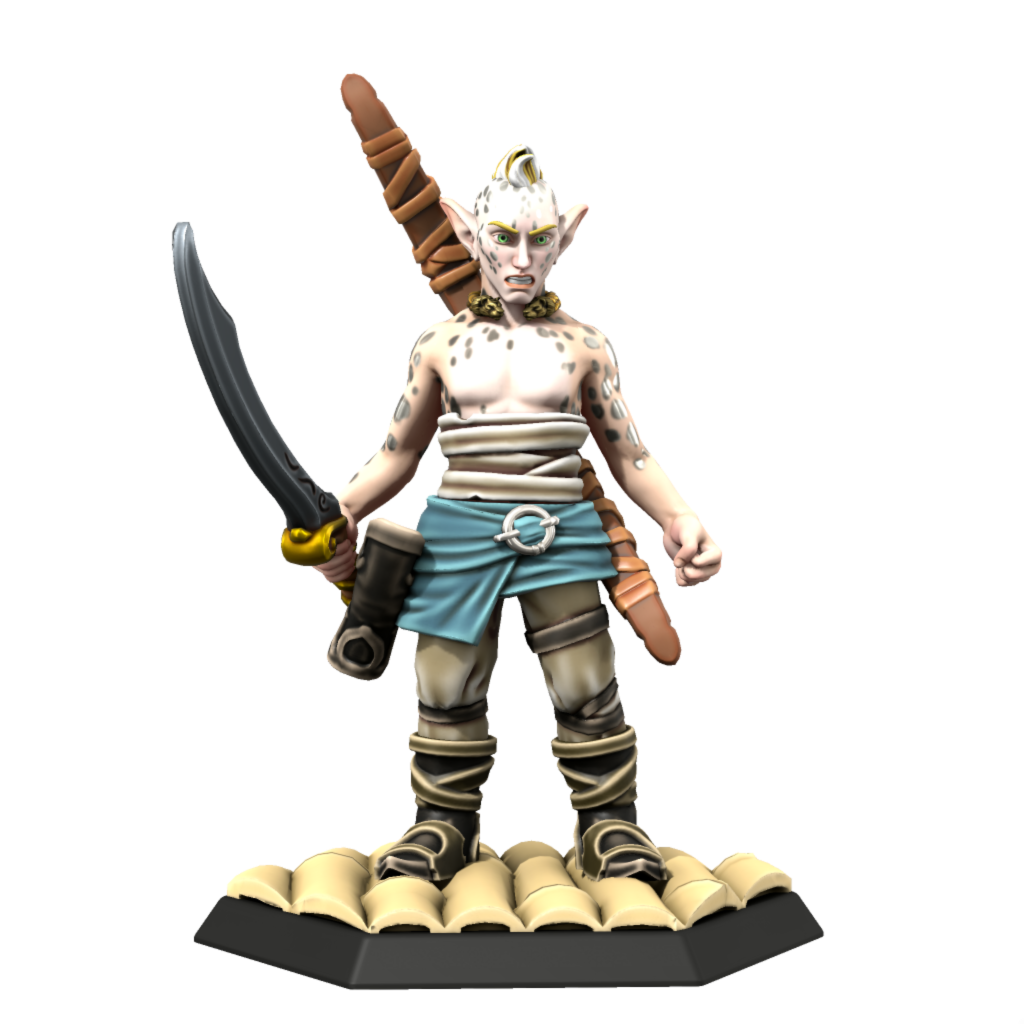 by Chris L
An elven child fostered in the quicktime of the Feywild lives their first centurylearning the arts of war. They come back in a few mortal years to fight for the Moon.
Campaign
The Blackjack Heritage
Protagonists