The intrepid adventurer Ms. Ambrosia Flopsy-Lapin has set a goal for herself and her family to visit each and every one of the Shards of Thaya. She does so in a hot air balloon powered by the pedaling of her many children. She finances her expeditions by publishing a quarterly journal called "Journeys of a Momma Bunny" under the nom de plum, Ambrosia the Shard Drifter. It's a best seller here in the Zone. I have a subscription at the "Sojourner" level myself.

I can't get enough of Momma Bunny's stories about the Shards! I subscribe at the "Co-Pilot" tier and I have an invite to her quarterly release party in Menelost Telperion! Did you know that she also publishes another journal of side stories as the "Purple Veil"? They're more personal and you really get a behind-the-scenes look into her life with her partners and children!

The famous author and "shard drifter" Ambrosia Flopsy-Lapin lived the first four decades of her life in the Great Warren as a normal house bunny born into the rabbitfolk tribe known as the Lapin. She married her two husbands, brothers of the Flopsy clan, in her early adulthood and bore them 4 litters for a total of 21 children. She never left the Warren, always focused on raising her children and keeping a tidy burrow for her husbands Buster and Boglo.

As her 40th birthday approached, Ambrosia began to feel a wanderlust overcome her. She had always been smart and talented, a writer and inquisitive. She suddenly felt a lifetime of mediocrity overwhelm her and she announced to her husbands that she couldn't take it anymore.

I was turning 40 and I had never left the Great Warren! I had all these unfulfilled dreams that I had put aside my entire life. One night at dinner I told Buster and Boglo, "Husbands, I've bought a house balloon and I'm going to visit every single one of the 7,641 shards! You and the kits can come with me, or you can stay here. But I'm going!"

Thank Thaya they agreed to come with me! I don't know what I'd do without my two lunkheads and my kits!

The Flopsy-Lapin family sold everything that wouldn't fit on their Moon Balloon and took to the air on a dangerous adventure like no other family before them. They visited the closest safest sky islands to their former home on the Lapin Shard. They started on the nearby Spire Sky Isle, the Floating Carrot, and the Garden Enclave Shard. In the first few months, they made their way to Cryzad's Sea and finally the Barrow Shard, home of the elves and druids of Thaya's Vindicators.

Ambrosia had kept a journal and detailed notes on each of the shards her family had visited. She was unofficially calling it Journeys of a Momma Bunny, a Nice and Accurate Catalog of the Shards of Thaya. When she visited Sarch na Thaya she was surprised to discover that no one had ever attempted to visit all of the Shards of Thaya. She was the first to make the attempt.

She left a copy of her journal with a small gnomish publisher who said he would try to do something with it. The Flopsy-Lapins continued on their journey and returned to the Sarch a few months later. Ambrosia was surprised to find her publisher eagerly awaiting her return with a heavy purse of gold, ready to make a copy of her next journal installment. 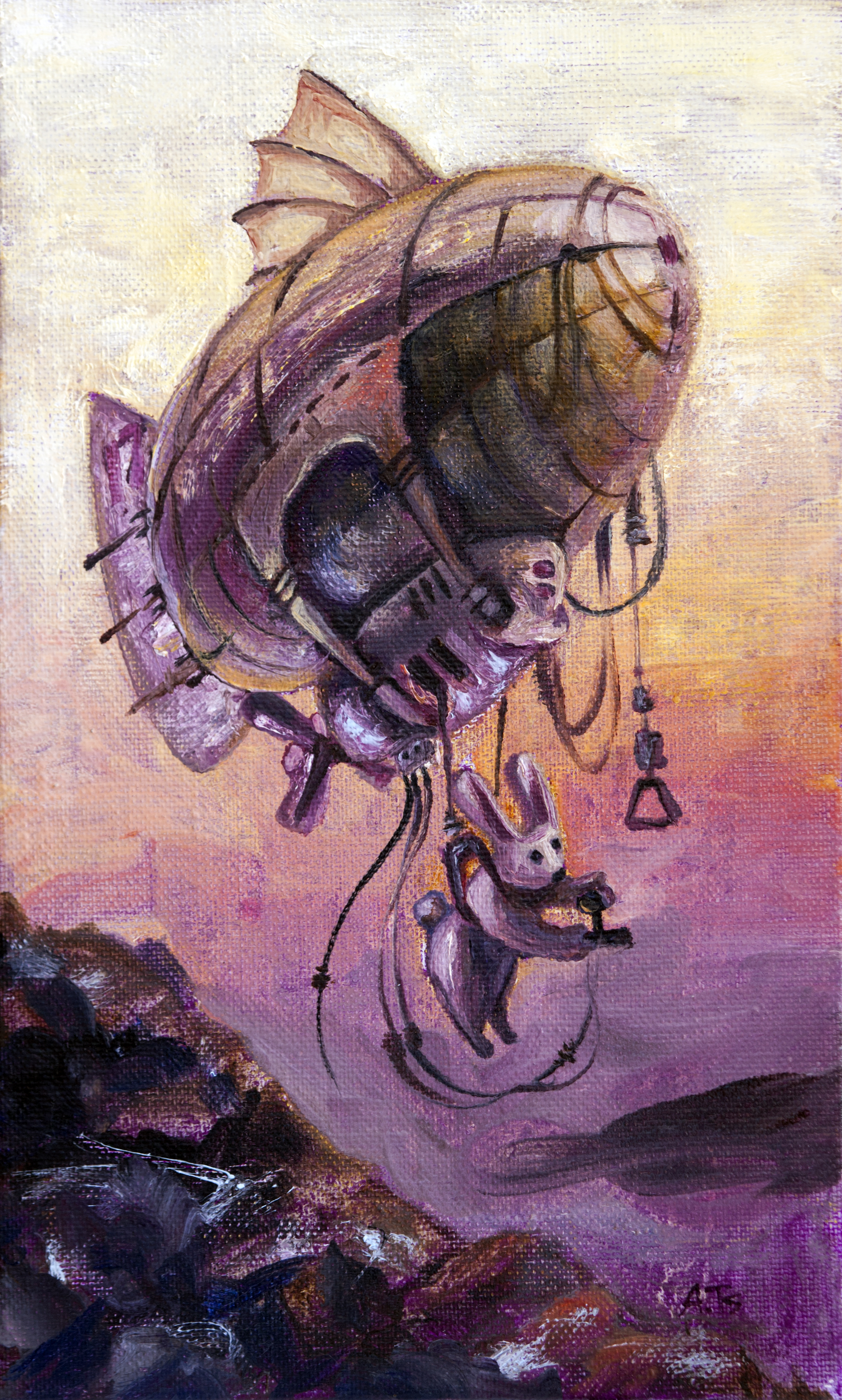 Cover of "Journeys of a Momma Bunny"

For the first few years Ambrosia and her family traveled in a fairly modest house balloon barely large enough for a family with three parents and their mix of adult to toddler children. They saved money by trading goods amongst the far-flung settlements of rabbitfolks. They visited the Double Dozen Shards claimed by the rabbitfok and named after the lost rabbit tribes: the Flopsy's, the Sables, the Lops, and the rest.

They grew famous and prosperous enough to also open trade with the elven shards of Ullfa Shaeras, Naellume, Af Dorie Island, and the Barrow Shard itself. They upgraded their balloon several times, eventually settling on a fortified zeppelin they named the Cloud Warren. Now they are capable of visiting more dangerous shards on the safer days. They have brought giant beetles back and forth to the Swarming Shard. They have a visa to visit the Lycan Shard on nights when the moon isn't full. They were actually part of a Vindicator convoy to the Unshard itself.

Over the years, Ambrosia has built an ever increasing readership on the Shattered Moon, in the Sovranty of Lozar, and in the Kirinal Concordance Zone itself. Her publisher edits her notes and journals every quarter and sells packages of increasing expense to subscribers who eagerly await Ambrosia's latest adventures every third month.

In the seven years that she has been cataloging the Shards, she has visited more than 3,000 of them. By her calculations, it will take another 14 years to see the rest of them. She finances her expedition with her subscriptions and with annual visits to the Zone. She makes herself available to her subscribers and sells autographed journals and memorabilia of her trips to her adoring fans.

The most devoted fans buy raffle tickets to win a chance of accompanying the family for a month in the Cloud Warren. Ambrosia makes sure to put them to work and show them a good time. Anything to make it a good story. 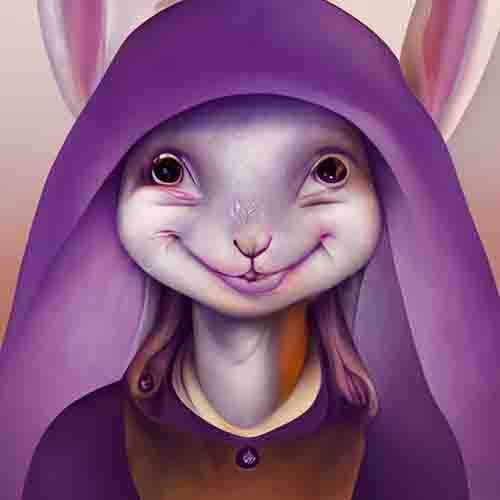 Floating islands on the Shattered Moon harbor the only life on that broken sphere.

Journeys of a Momma Bunny

The quarterly journal details Ambrosia the Shard Drifter's journey to visit each of the Shards of Thaya. She sells thousands of subscription copies throughout the known world.

Answering: "An Explorer, Researcher or other character motivated by discovery."
Visit kitoypoy's Competition Page Check all other answers to this prompt Competition Homepage