London, the heart of the Empire. Here, in this city with its 2000 years of history, even the people have not forgotten how it once was. For them, there is no place in the world like London, and many do not leave the city for the rest of their lives.
London is a city of contrasts, with a long and glorious past that even the modern glittering world of show and finance could not drive away. Every year dozens of new, modern houses are added, promising security and comfort for the well-behaved corporate citizens. And every day dozens die in the poorest neighbourhoods of the city without anyone taking care of them.
The city attracts millions of tourists every year - and crime, drug abuse and prostitution thrive in their shadow. But this is London - and it has been for centuries, hasn't it? The City of London celebrates the reign of money, while City of Westminster looks back on the city's history and has long since found a thousand ways to capitalise on it. At the same time, the homeless in the West End are only those who are pushed aside on the way to the theatre. And at the same time, in the same city, a prostitute finds a cruel end in White Chapel - as hundreds before her. Walking in the footsteps of Jack the Ripper means something different here than a nice little tour of the city.
Nevertheless, life has improved in the last 50 years, which is not least due to the nightly lord of the city, Mithras . Since Methuselah rose from torpor, he has ruled the Kindred with an iron hand - and those who do not obey his laws will quickly meet their final death or find themselves banished from the city. Even the shattering events of the last 50 years could not harm the power of the Ventrue - and so London flourishes under his rule, for mortals and kindred alike. 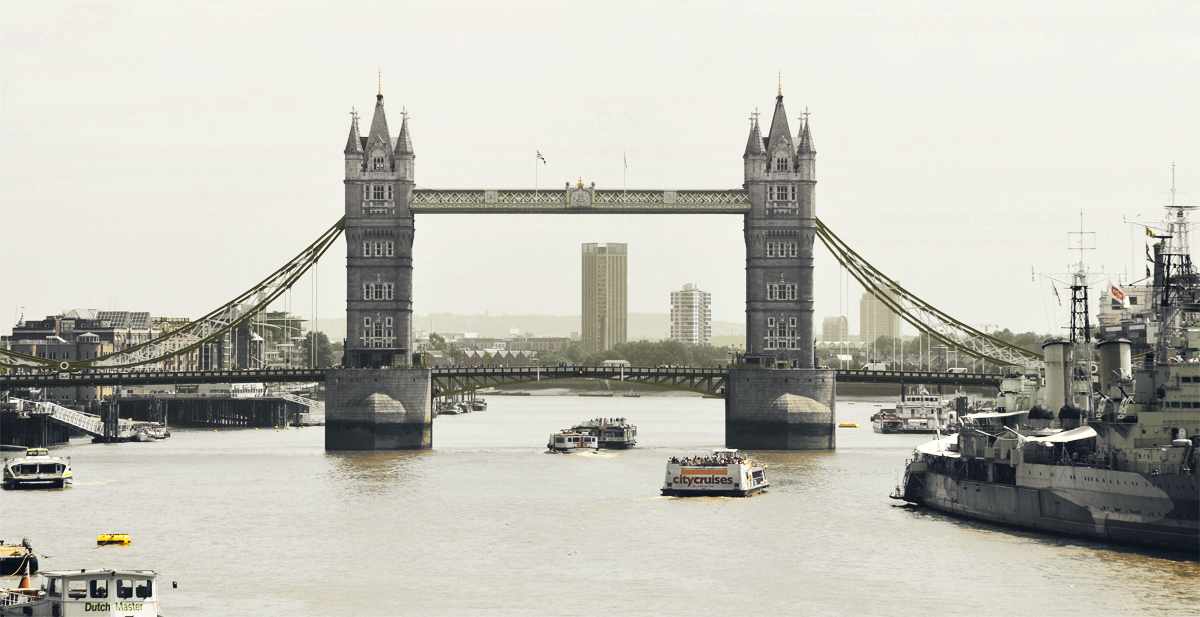 This is not necessarily the real London, even if it is oriented on it. The city, its streets and architecture have been changed to better fit the theme.

In London, the times are different, and even in 2050, some have not forgotten that the world was once ruled from London. Anachronisms are commonplace here.

Who was Jack the Ripper and why do women die at regular intervals in the same way as the victims of the famous serial killer? There are dozens of mysteries like that.

There's a hole in the world like a great black pit
And the vermin of the world inhabit it
And its morals aren't worth what a pig can spit
And it goes by the name of London...
— Sweeny Todd - No Place like London

In the last 40 years, the population of London has more than doubled and has grown to 12.8 million inhabitants today. As in hardly any other city, people of different skin colours and ethnicities live side by side in London, whereby racist problems are largely contained. London has an immigrant population of about 46%, 30% of whom are of Asian or African origin, while the rest of the immigrants come mainly from mainland Europe. Most of the immigrants from the mainland are German, with a total of 5%, but Poles, Latvians and Czechs also find their way to London.
While the rest of the world is still struggling with an ageing society, the average age in London is falling significantly. While it was 37.5 years in 2000 and 30.8 years in 2025, it has fallen to 25.3 years by 2040. The average household income is significantly higher than the international average, which is £65,000 per year in London.

Development of the housing situation

Especially the old residential and commercial areas from the 19th century show a high residential density, although detached and semi-detached houses predominate. When the housing situation in the city became increasingly tense in the mid-2020s, the mayor issued a decree to build new, modern houses in the style of old London, which could not be more expensive than the British average. A decree was also issued that no more than 30% of the houses could be in the hands of foreign investors.
These regulations significantly eased the situation on the housing market and led to a renaissance and reinterpretation of the architectural styles of the Gothic and 19th century. Today, skyscrapers can be found on the outskirts of the city in particular. Their design is based not only on glass and chrome but also on pillars, brass and stone statues, which only adds to the unique charm of the city.

London can realistically feed 1 vampire per 50,000 people without seriously endangering the population. However, due to the high volume of tourism in the city, the actual number of vampires has always been above this formula, so that today about 300 vampires feed on the people in the city.
The undead inhabitants of the city, like the humans, belong to the most diverse social classes and have the most diverse ethnic origins.

The 300 Kainites living in the city belong to almost all clans, although Prince Mithras still strictly controls who is allowed to settle in the city and who is not. The exact numbers are not available to the human authorities, but due to an agreement with the crown, they have been given percentages of the population according to clan and covenant. 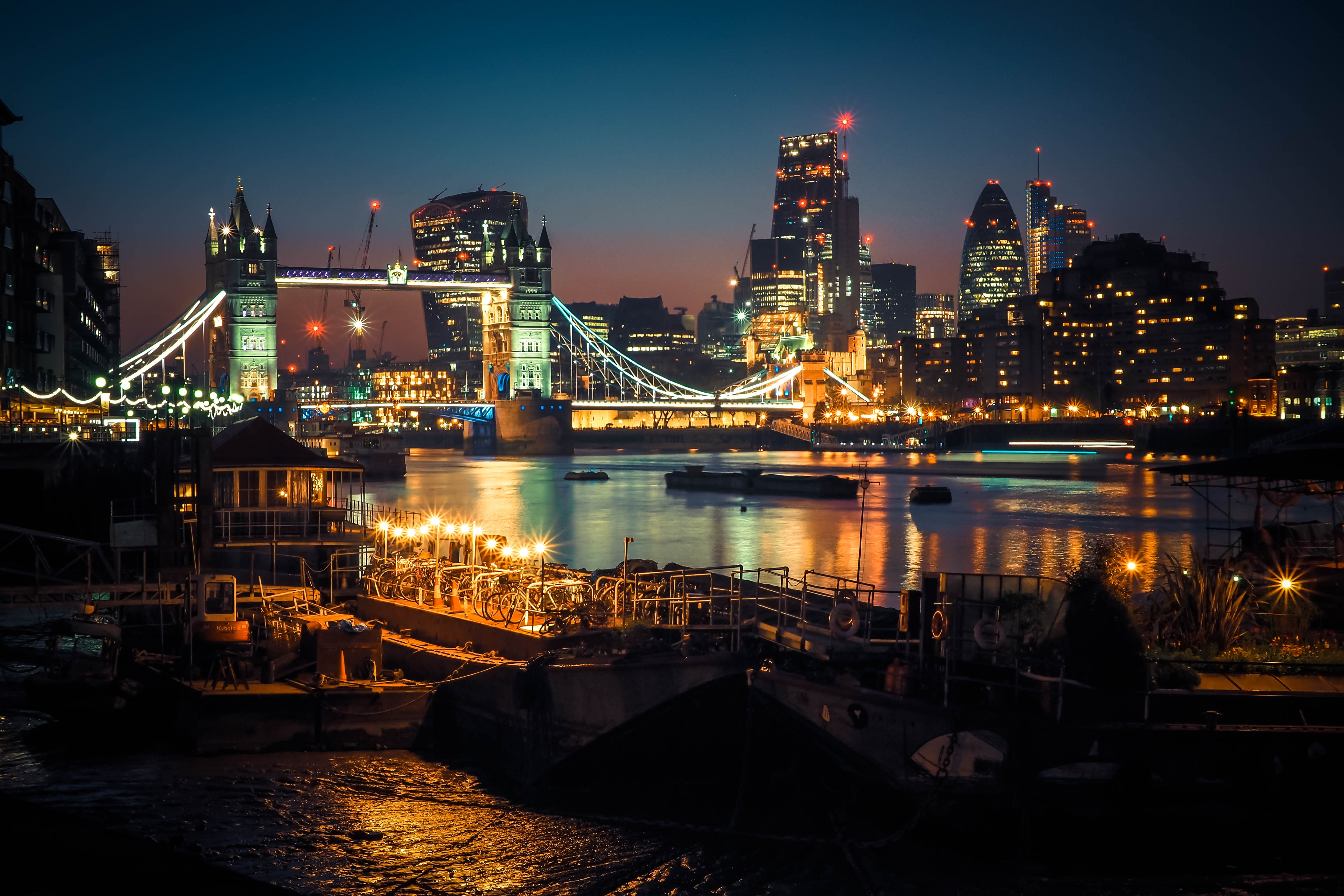 Since the Greater London administrative region was established in 1965, London has been divided into the 32 Boroughs and the City of London. The Boroughs are responsible for local government and the operation of the vast majority of public services in their area. The City of London is administered by the City of London Corporation.
Strategic planning and the operation of citywide facilities is the responsibility of the Greater London Authority (GLA). This body consists of the Mayor of London and the London Assembly, a city council with 25 seats. Both are based in City Hall in Southwark. Since 2044 Maureen Conell has been the Mayor of London.

London has been the centre and seat of government of the Baronies of Avalon, the largest Kainite dominion in the world, since 1154. It is ruled in a form of neo-feudalism, headed by the undisputed Prinz of London, Mithras.
Most of the nightly business, however, is in the hands of the Seneschall, which has been Jessamine Blackthorn since the year 2000. The Council of the Primogen advises Prince and Seneschal on the politics of the city and consists of the elders of the respective clans.
The five Elysiums of the city each have their Keeper of the Elysium, who is responsible for the observance of the ruling regulations. Within the Elysiums, the ruling laws are also visible to the Cainites of the city.
The Herold of the city, Rosalie Tate, is responsible for making the decisions and laws of the Prince known within the domain. In the event of violations, the Sheriff, Johnathan Averill, serves as the Prince's extended arm.

Since the opening of the London Underground, it has been the heart of London's public transport system. It is the oldest underground in the world and is used by more than three billion passengers every year. As with all public transport in London, the tube is used with the personal ID.
The connection with the suburbs is regulated by train, which runs between 14 stations, which are located around the city centre. London is also connected to Paris and Brussels via the Euroflash, the international express train.
The suburbs of the city are today also connected via London Circle Monorail (LCM), a modern and driverless monorail that operates 24 hours a day every 2 minutes. The LCM is an elevated railway, whose track runs at an airy 30 metres high. The view from the completely transparent trains is correspondingly impressive.
To reduce the initial suicides on the track, the entire LCM was fitted with a tube of ultra-light, shatterproof glass in which it drives. At night, this tube is illuminated from the inside with colored neon lights and immerses the vehicle in an unreal color shimmer.

Because of the continuing smog problems and the damage caused by heavy traffic to the city's historic buildings, the entire area of London is now closed to private motor traffic except taxis. Exemptions do exist, but at almost £6000 a month they are hardly affordable for the average employee.
In 2030, London City Council drew its conclusions from the resulting transport problems and promoted the establishment of delivery services that would take the purchases directly to their respective customers. The establishment of small businesses also increased strongly during this period. Thanks to the conversion of taxis and buses in the city, initially to electric drive, later to energy cells, the level of smog has now been significantly reduced.
Today, most taxis drive autonomously and the red double-decker buses are also designed for autonomous operation with GBTS - the Great Britain Traffic System. Deliveries are made almost exclusively by remote-controlled drones, which deliver all goods for daily needs directly to the customer.

Portions of the materials are the copyrights and trademarks of Paradox Interactive AB, and are used with permission. All rights reserved. For more information please visit white-wolf.com.
Original content/characters are © 2020 Susanne Lamprecht unless otherwise noted.

You are currently not logged in!
Login or Register
Don't worry, it's free!
Cover image: by Susanne Lamprecht

This is London in the World of Darkness. It may look similar on the surface, it may be in the same place, and maybe there is even your favourite Fish & Chips restaurant near the Thames. But this is not the London of the real world. That's why you won't find any real history here, no actual living persons or anything like that. If you are looking for that, you are better off with a travel guide or Wikipedia.
Please Login in order to comment!

This article is really amusing to view if you haven't "chosen a side" yet. It's very empty. :)

Yes, that's the major downside - either you're logged out, then it shows the standard English content, or you choose a language. If you haven't, it's pretty empty.

I noticed. I hadn't picked a language yet so it was just all empty. Fixed it now though. :)