The Dwarves of Cartyrion - OLD

The Dwarves of Cartyrion are among the oldest of the Folk in the world - only the Elves and Orcs have longer heritages than they. But as the Dwarves were the first of the Folk to be Awakened beneath the surface rather than under the sun and sky, your people have had a unique impact upon the world.

It is worth noting that in all the history of Cartyrion, there has never been a war among the Dwarves. Even during the Great Strife, your folk were the only race that did not have combatants on both sides (though there were some small enclaves that chose to simply avoid the conflict). 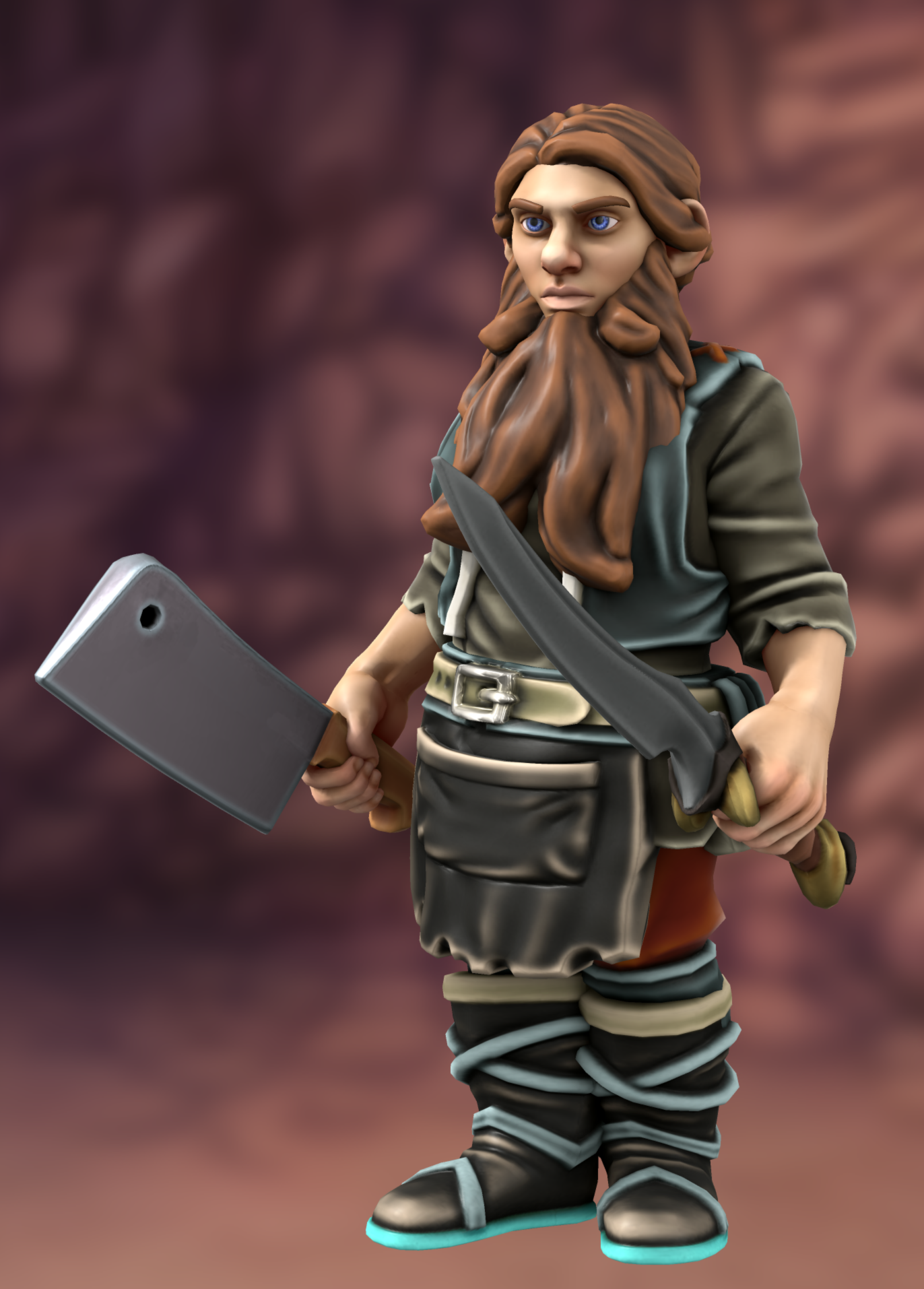 Dwarves have broad faces with large, bright eyes and a prominent nose. Your people are famously known for their thick, long hair and beards - which both male and female Dwarves proudly sport. While some Dwarves may wear their hair short, or even keep their heads shaved, no Dwarf will ever willingly cut their beard. The best way to distinguish male from female dwarf is to note that the females do not have mustaches to go with their beards. Distinctive braid patterns of hair and beard often denote the Clan ancestry of the Dwarf.

Your skin tone may range from from light to dark browns, but even the lightest tones are still rich and ruddy. A pale dwarf is a sick dwarf. Dwarves that descend from long lines of forge workers will have more reddish toned skin than those that descend from other profession lines. 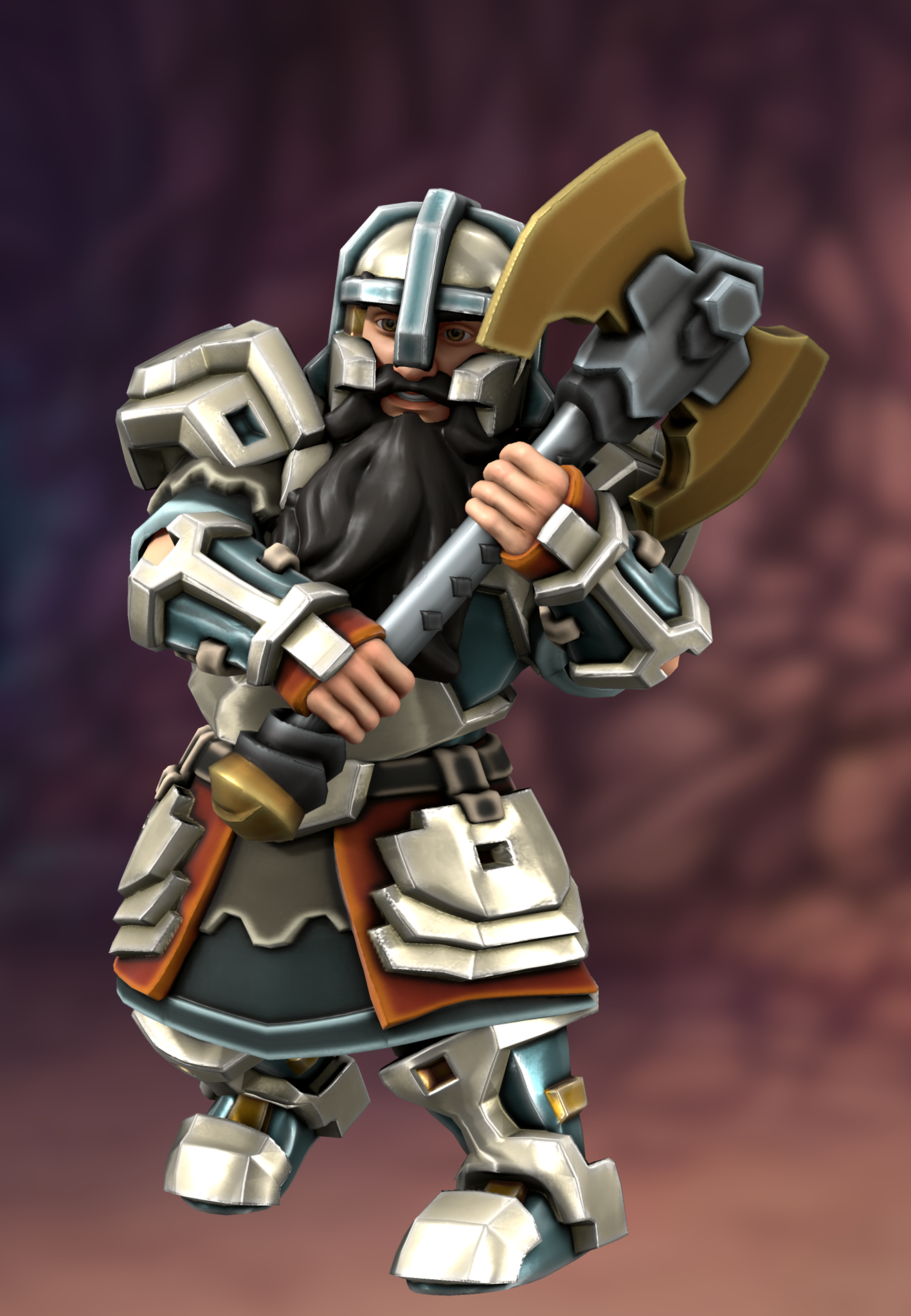 Dwarves like you are, as a rule, serious-natured and dedicated to whatever you choose to do. But you are also quite capable of 'letting loose' when having a good time. You are fiercely loyal to your family and clan. Once true friendships are established, your companions can expect this loyalty from you as well.

The Importance of the Clan

The concept of Clan is at the core of Dwarven society. The first 144 Dwarves that were Awakened by Goranin and Trudanna were twelve groups of twelve Dwarves each, with a group made up of six males and six females. Each of these groups was instilled with a particular personality and propensity for achieving certain goals, and so formed the root of one of the twelve clans that are still recognized to this day. At first, as the various Clans pursued their inbred desires, the various Dwarven cultures began to be defined.

During the early years, there was close relationship between Clan and Culture, but over the years, intermarriage between members of different clans began to soften that relationship. Today, Dwarves of every Clan can be found among every one of the recognized Dwarven cultures. But regardless of culture, all Dwarf are taught from an early age to be able to recite their ancestral lineage from the present day back to one of the original Awakened dwarves. Also, all Dwarves, regardless of culture, is gifted a ceremonial Clan Dagger at birth. Later in life, this Dagger reminds them where they came from, and who their "true extended family" is. 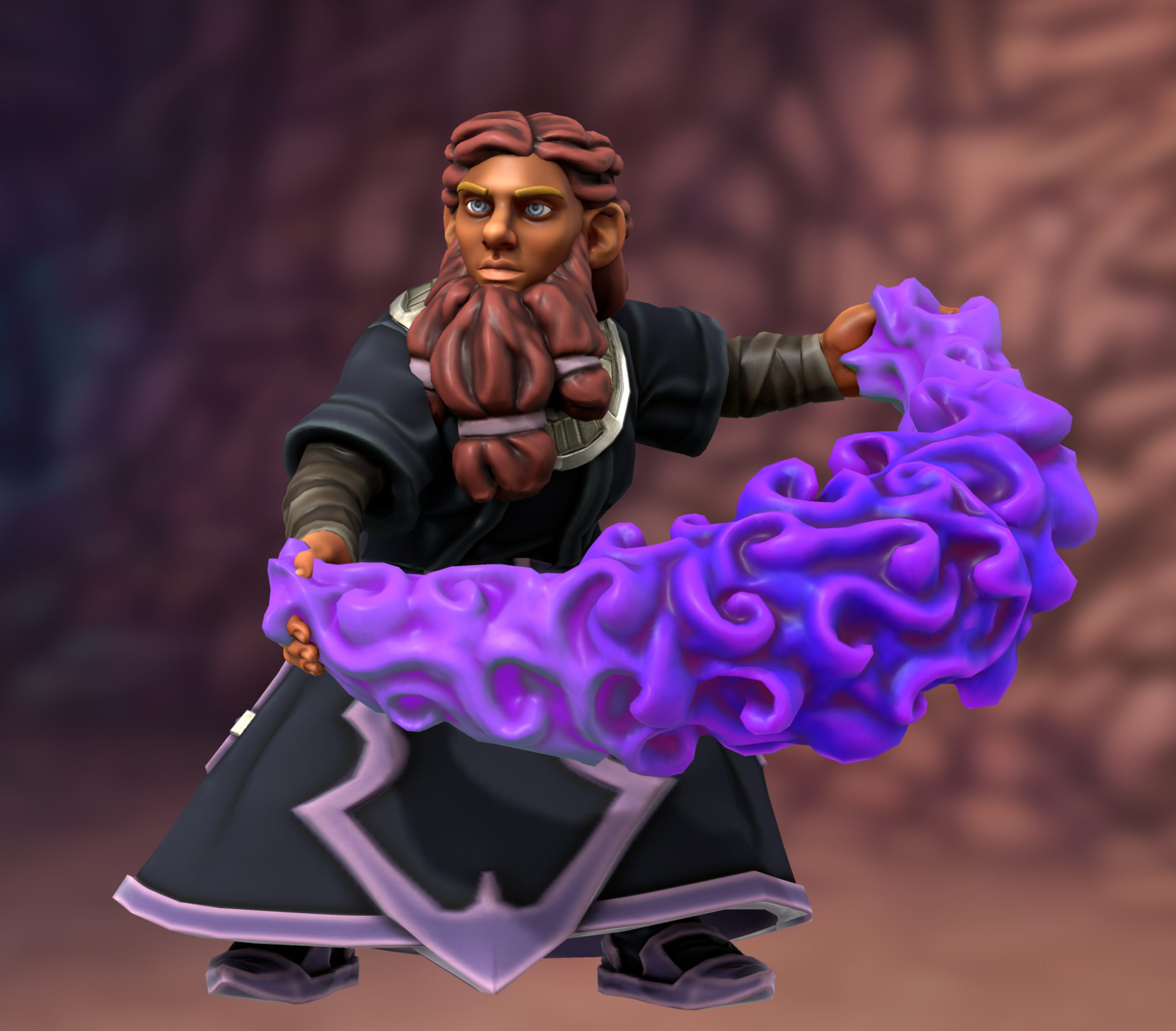 Origins and Spread Across Cartyrion

The Dwarves were brought into being on Cartyrion by the Duagnar, the third of the Astralar to arrive at Cartyrion. Goranin of the Duagnar caused the first 144 Dwarves to be Awakened deep in the heart of the greatest mountain of the world. He grouped these first ancestors into twelve Clans - each with tendencies and characteristics that made them best suited for certain aspects of life. To this day, all Dwarves (unless raised from infancy outside of Dwarven culture) can recite their Clan lineage back to one pair of the the original 144 Dwarves.

Today, Dwarves can be found all over Cartyrion. Many -- some would say most -- live in one of the great Delves found beneath the mightiest peaks of Cartyrion. The rest can be found in smaller underground communities, in surface towns near active mines in the foothills of the great mountain ranges, in the many great cities of the world, and even at sea.

Each of the Delves is ruled by a Master of the Delve -- essentially a hereditary king. The "kingdom" of the Delve extends to the farthest reaches of the deepest tunnels mined out by the Delve's residents. But apart from the mountain that actually houses the Delve, the Dwarves do not claim territory above ground. Dwarves that do not live in a Delve do not claim land or establish any political structures - decisions that must be made are dealt with by an informal council consisting of the elders of the various Clans, and for the most part, the Dwarves of the settlement are left to do what they wish. Wherever the Dwarves feel the need to form a military unit or militia, however, there will be a rigid structure defining chain of command. Such structures are also a way of life aboard the ships of the Seafarers.

Cultures of the Dwarves