The Zuala have dwelt in the deep forests of their lands for eons. They are the most diverse of the human tribes. They are a widely divided people, scattered in many different tribal areas or small kingdoms. Throughout their long history the Zuala have had contact with almost all the peoples of the world, from the dwarves of Alanti, to the elves of fey. They have trafficked with most of the other human tribes at one time or the other and their lands reflect this. Some of their folk are very primitive, others mastering metallurgy and stone craft. All manner of new and old towns and cities dot the landscape, many of them long abandoned and left to ruin, lost now in the jungles or forests or in ruins upon the slopes of mountains.
Some kingdoms still thrive, however, especially in the forest deeps of the eastern lands. They dealt with Unklar’s folk with suspicion and later war. The bulk of them fighting long wars against the Horned God’s minions. These are wars largely forgotten now by most of the western scholars, which were both brutal and ruinous. Collectively they call this the Cloud War, and it is one of the few times in recorded Zuala history that inter-tribal warfare was set aside and the tribes fought against a common foe. They were defeated in the Cloud War and their peoples scattered. They have made some recovery since those distant days, but the lands are filled with ancient ruins, dungeons and the like. They pay homage to animistic gods, Mordius, and other such divine creatures.
They are a numerous people and range in height from about four to six feet or more. They are dark skinned with curly black hair and dark eyes. They are a powerful, indulgent people, quick to anger but quicker to forgive. They can turn on a dime, beating an enemy one moment, and drinking with him the next. 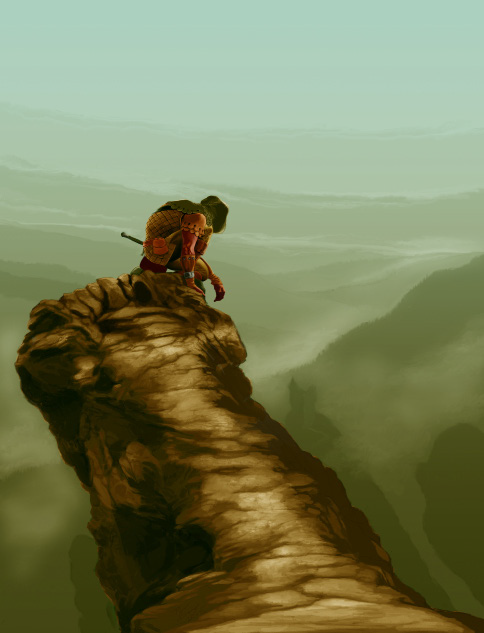