Having lived in almost complete isolation from the outside world, the dwarves of Rasvich. Within their culture, color has a significant role as it denotes the families, or clan, that someone belongs to, marking someones status within the strong hierachy.

Historically there are six prominent clans within Rasvich. Each clan has their own responsibilities within the city. These colors can be seen all throughout the city in order to recognise what clan something or someone belongs to. Buildings for example have a colored band along the façade and lanterns in a particular clan district are lit with their clan color.

Clan Grimmail is associated with dark red and is in charge of the defence of the city. All guards wear red uniforms and there are red lights near the entrance to Rasvich and various guard posts. The training facilities are also part of clan Grimmail and they provide teaching for new guards and soldiers.

A bright orange is used to distinguish the crafting district as it is associated with the many fires that burn in the various smiths. Clan Duskmaul is the owner of all these smiths and besides owning the crafting district, they are also in charge of educating new craftsmen. Clan Duskmaul has good relations with clan Flintborn since they need each other for a profitable business.

A pale yellow is used within the mining district and is associated with clan Flintborn. The lights in all mining tunnels are bright yellow and this is the most well-lit area within the whole of Rasvich. Miners always wear yellow uniforms and even on all the tools there is a yellow marking. Yellow offers a lot of visibility which is useful in the mines.

While dwarves are often seen as a mining and crafting species, Clan Tricmor focusses on the research and teaching of various topics. Besides more mundane topics, clan Tricmor also holds all knowledge about dwarven magic and magic artifacts that are held beneath the ground within Rasvich. Purple is the color of clan Tricmor.

White is associated with all things that deal with religion. Temples are made with white stone and priests often wear white. The priests are lead by clan Cinderblaze, who is in charge of all religious aspects such as maintenance of temples, educating new priests and performing important religious events.

Grey is a color that is often associated with outsiders as it marks someone as being clanless. Since Rasvich is a very strong hierarchal society, not having a clan you belong to is almost seen as a sin. This makes that people who are clanless are often looked down upon and have more difficulties with for example finding work. Outsiders who want to live in Rasvich for a longer time will also be marked as clanless. The only way for outsiders to not get a grey band is to have a official notice that you will leave the city within the pre-determined time.

People from Rasvich who have been exiled will be marked with black. All their previous colored tattoos will be covered with black to show full exile from the community. Dwarves with a black band will not be allowed back into Rasvich, even if the band isn’t a sign of the Rasvich exile, but from a different community. A small black band on top of the stack signifies time spent in prison without being exiled.
Significant presence in

Beloning to a clan is very important and the people of Rasvich are very proud to display their association to the clans. The people of Rasvich often show them proudly and will eagerly tell about the different colors and their meaning to anyone who askes. Getting a new band is often an important ceremony where friends and family will be present and that is celebrated with lots of ale afterwards.

The clan based tattoos are placed along both forearms of every citizen of Rasvich. The colored bands are stacked on top of each other beginning just above the wrist, going in some cases as far as the elbow. When someone comes of age, or enters the city for the first time while planning to live there, they will get their first colored bands that is associated with the clan they were born into. When someone gets married to a different clan or gets a job with a different clan a new band will be added.

Remove these ads. Join the Worldbuilders Guild
Culture and Traditions
In response to the prompt Describe the common symbols and color associations with a culture in your world.

Thank you for reading my article and I hope you enjoyed it! Likes and comments are always greatly appreciated and feedback is more than welcome :) Please do not share my work outside of the WA site or the WA discord without consent and please tag or notify me if you dropped a link on before mentioned platforms, thanks in advance.

Oh I really like the idea that the colours are placed on the facades of buildings and used in furnishings and clothing. That's really cool. I wonder if any dwarf from Rasvich has ever had all six colours tattooed on them!   I can imagine the confusion of an unrelated dwarf who happens to have a black band tattoo when they are turned away from the city. XD 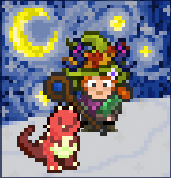 Totally well-considered ideas these are. I'm so enjoyed. :)

I like this idea! Having a black band must be the worst thing that can happen to a dwarf. Or going to dwarf prison! I wonder what that's like? Anyways, a great article. :)

Thank you for the comment! I actually wrote about dwarf prison later during WE :) : https://www.worldanvil.com/w/world-building-collection-eallixy/a/rasvich-central-prison-landmark

Ooh, I might have to check out that article! I'm very curious as to what it would be like. Thanks for telling me about the article! :)