The man bowed his head. "I am very glad to have arrived. May I ask what is your name, Grandfather?"   "You may ask, but the only answer I shall give you to satisfy your curiosity is this: I am the Keeper of the Brains of the Dead."   "I understand," said the man. "I am glad to meet you. Can you tell me if it's possible to find my sister's soul and bring it back with me?"   "It is certainly possible," the Keeper said. "You must go out from here and walk a little further still until you come to a group of houses. That is the Village of Souls."
— Wyandot storyteller

The exact location of this village is unknown. It is hidden away in the shadows. Both everywhere and nowhere. A determined traveller might find it and enter. When a member of the Wyandot people dies and the keeper takes their brain, their soul is drawn to this village. The village is the home of Aataensic.

He soon reached the Village of Souls, and heard the sounds fo drums and singing. He followed this to a large house, the house of Aataensic. Its door was open. He peered inside and saw a mass of ghostly people gathered there dancing. He walked boldly in.
— Wyandot storyteller

In the village, there are more than a dozen longhouses. Each longhouse is built from heavy wood and is home to many souls. The fireplaces always burn. They are the only sources of light in this village shrouded in shadows. Throughout the village, the sound of drums and the eery voices of the dead can be heard. The songs cannot be understood but they tell of both sorrow and joy. The souls dance around the fires. Their ghostly presence moves slowly and gravely.   The largest longhouse is the house of Aataensic. The village was founded to heal her sickness. She lives in the house together with many of the souls. They come to visit her from the other houses to celebrate the living and the reunited dead.

He watched them in silence, not moving, but letting his eyes dart about. And so it was that he saw his sister.
— Wyandot storyteller 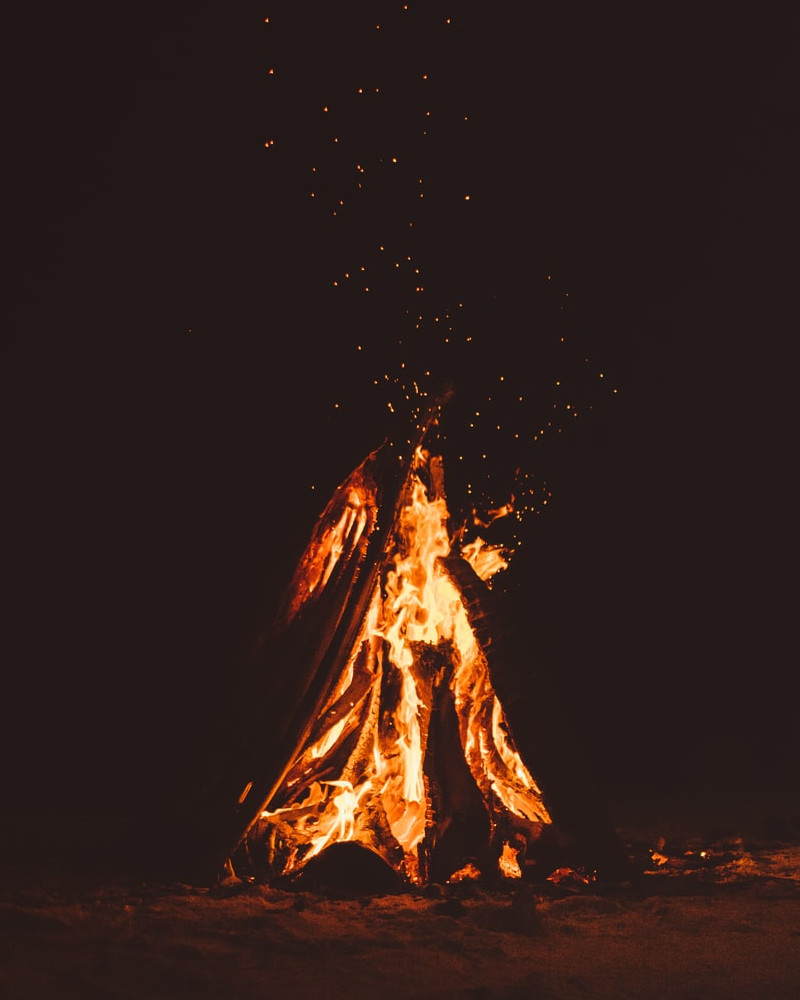 The Keeper of Brains

A lonely person living at the edge between the village and the land of the living. Or so the legend goes. Today the Keeper is a mortician in Brooklyn. Far away from his people.   Still collecting brains so their souls may be guided to the village. He stores the brains in pumpkins and burries the bodies on the cementery or burns them in the crematory.
Native American
SoulLink © 2020. All rights reserved.
Creative Commons Attribution 4.0 International License
All covers are from Unsplash. Unless otherwise specified.

This article was written for the November 2020 Flash Challenge Afterlifes.   The quotes are transcripts of an actual story passed on by the Wyandot people.

What a wonderful concept. At the start I was a little afraid it would not end well for the character and that he would never be able to leave. But it all seems okay. Although we do not learn what happens after he sees his sister. :) I have to say the quotes really drew me in.

Thank you for your kind words! I am still debating whether I should at the ending of the story somewhere :)

I really like the simplicity of everything here. I tend to over-rwrite; this is right to the point, yet left me wanting to see more. I was the saddest of pandas when I found the Aataensic link is private -- but there's plenty more to see! :D Great job!

Thank you! The article isn't actually private, just a very empty draft. Not too sure yet where to put here, but it will come :)

Oh man, can I ever relate there!