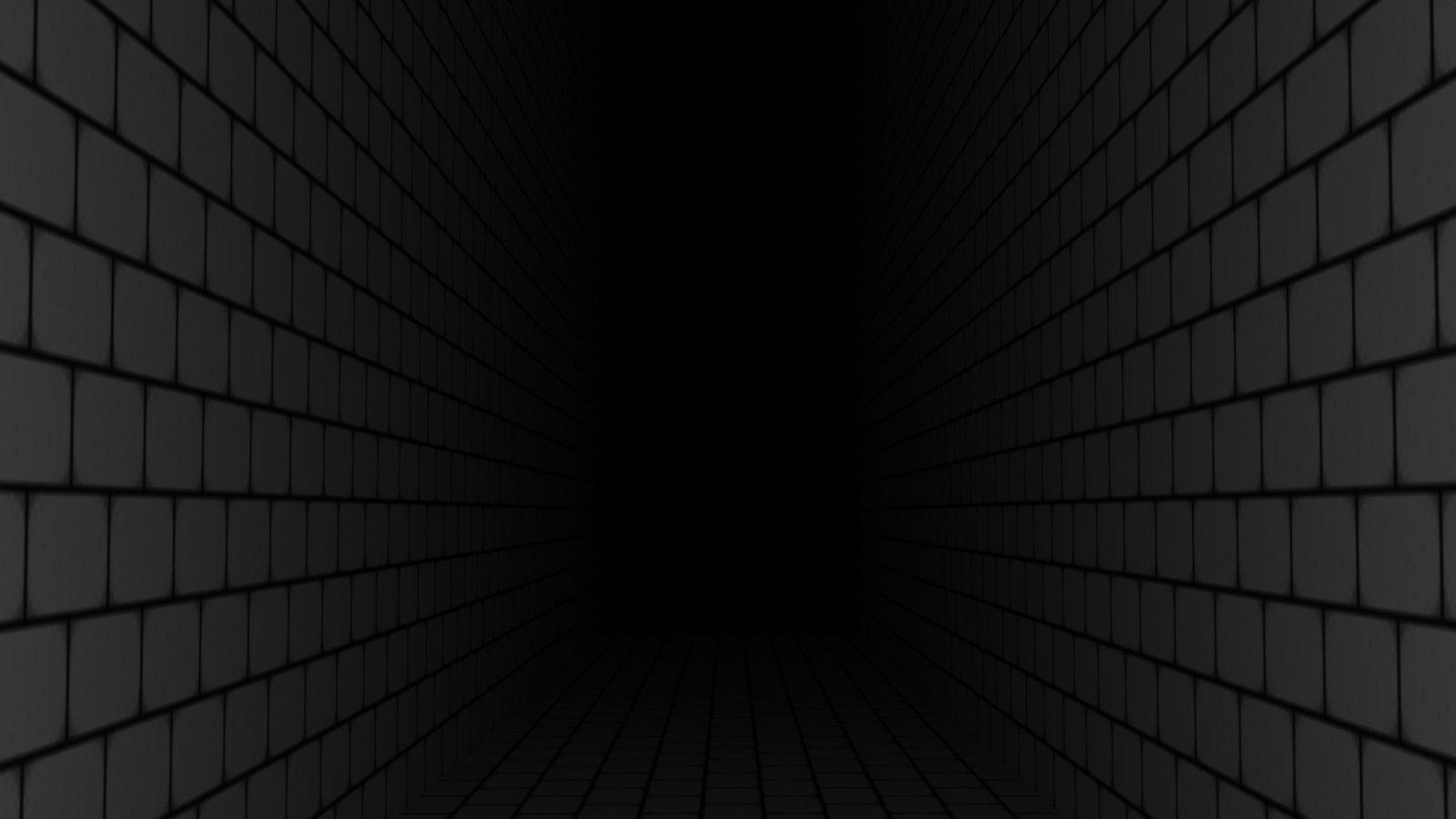 Where it all begins

It's the same every time. You're on your merry way and have to go through somewhere dark. It could be anything, a forest, an alley, a building with faulty lights, even your own wardrobe. Suddenly, there's a wall in front of you. Maybe there shouldn't be a wall there, maybe this wall is completely different than the ones you'd expect. So you look around and discover that now you are surrounded by the walls like that. And you are on one end of a corridor. A corridor that shouldn't be there.   And that's how the Dark Halls take you away.

Whenever someone is taken away by the Dark Halls, they always end up in one of the First Halls.
Looking at their structure, First Halls are very similar to dead-end corridors. There is only one exit leading outside of them. Their walls seem to be made out of simple stone bricks. No matter what is outside of them, they are completely safe.   What distinguishes them from all other halls is that while all the other halls have their entrances attached at the same level (usually ground level), First Halls can show up at any height, sometimes many meters above the ground. That seems to happen more often when the rooms they are attached to make it possible for the person kidnapped by Dark Halls to climb down. No matter how dangerous that could be in practice.

When everything that was inside of a First Hall leaves it or is taken away from it, the First Hall disappears without a trace. To this day, there are theories that since the First Halls serve as a foyer to Dark Halls, they might be used to escape them. The few First Halls that are still here tend to become targets of observation and investigation for some factions. And while they have been checked, listened to by both human ears and various machines, and there were some attempts of excavation (by pickaxes, machines, and explosives), the First Halls don't give any answers. Not even scratches left behind on them.
Other names: Halls of beginning, kidnapping halls
Level of light needed: None
Light coverage area: None
Hunger frequency: N/A
”Bite size”: It already took you whole.
Hunger sensation: Like being pulled by a stomach. For some, really nauseating.
Hall dangers:

Environmental: None
Living: None

Status: None   Similarly to corridor Dead-ends, First Halls don't have any Archivists inside.

Interesting first article, you got my full attention :D