They shall be illuminated so that the marks of the night shall be banished by her (Avenal) eternal light.
— Highpriestess Jevanu

The Everlight Temple is one of the most important religious centers of the Navurian culture and their religion, which is called Janeka in Navuri language, which is translated to "The Golden Sun".   Since the Navurian culture, and especially the theocratic state, are closely intertwined with the religion, it is not surprising that especially the religious authorities, such as priests and high priests, are mostly held by people from the high nobility. This is especially important to understand, since much of Navurese knowledge is kept in the vaults of the subterranean libraries of the temple complexes, such as the art of Healing.   The so-called Everlight Temple is therefore not only of a religious significance, but also of a cultural one. In addition to religious practices, the temple also serves as a place of education for the young Navurese nobility, as well as a charitable place for the sick and wounded. Healers from the Everlight Temple are considered wonder workers across borders due to their findings in medicine, especially using the widespread kinetic forces, which are understood as miracles especially in surgical procedures.

The Everlight Temple is one of the oldest buildings in the City of Navuria as far as historical records show. Considering the age of Navuria itself scholars estimate the Temple to be at least 1.000 years old, which is remarkable as it is still in a good constitution. As the Belief ot the Golden Sun started to emerge due to the journeys of the God-Emperor nearly 1.000 to 2.000 years ago, the city of Navuria quickly became the centre of the new religion.

Built from on the ruins of the previous ancient city that was devasted by the Divine War , the Everlight Temple was one the first major buildings in Navuria. Only the Palace of the First was there before, standing on the Vuris Hill watching over the emerging city, that once will become the biggest Empire the World of Raja has ever seen.

The legendary healer of the Everlight

Even in the darkest of hours: If they arrive, they spark hope. If they heal, they give light. If they are gone, we shine. That is what they do. They have the spark of Avenal.
— Unknown Soldier

As mentioned above the priests of the Everlight Temple are known for their legendary skills in the field of medicine and science. Besides normald medicinal procedures one might know, most priests are also familiar with the Art of Kinetics and its medical uses.   Therefore they are able to sense even internal wounds of their patient and can manuver for example needles and other medical instruments to treat wounds and illnesses that normally woudln't be cured without magic.   For witnesses of other cultures outside of The Navurian empire who are not familiar with the Arts of Kinetics this might seem like a divine act, which is why some primitive folks in the southern regions worship Navurian healer as deities. 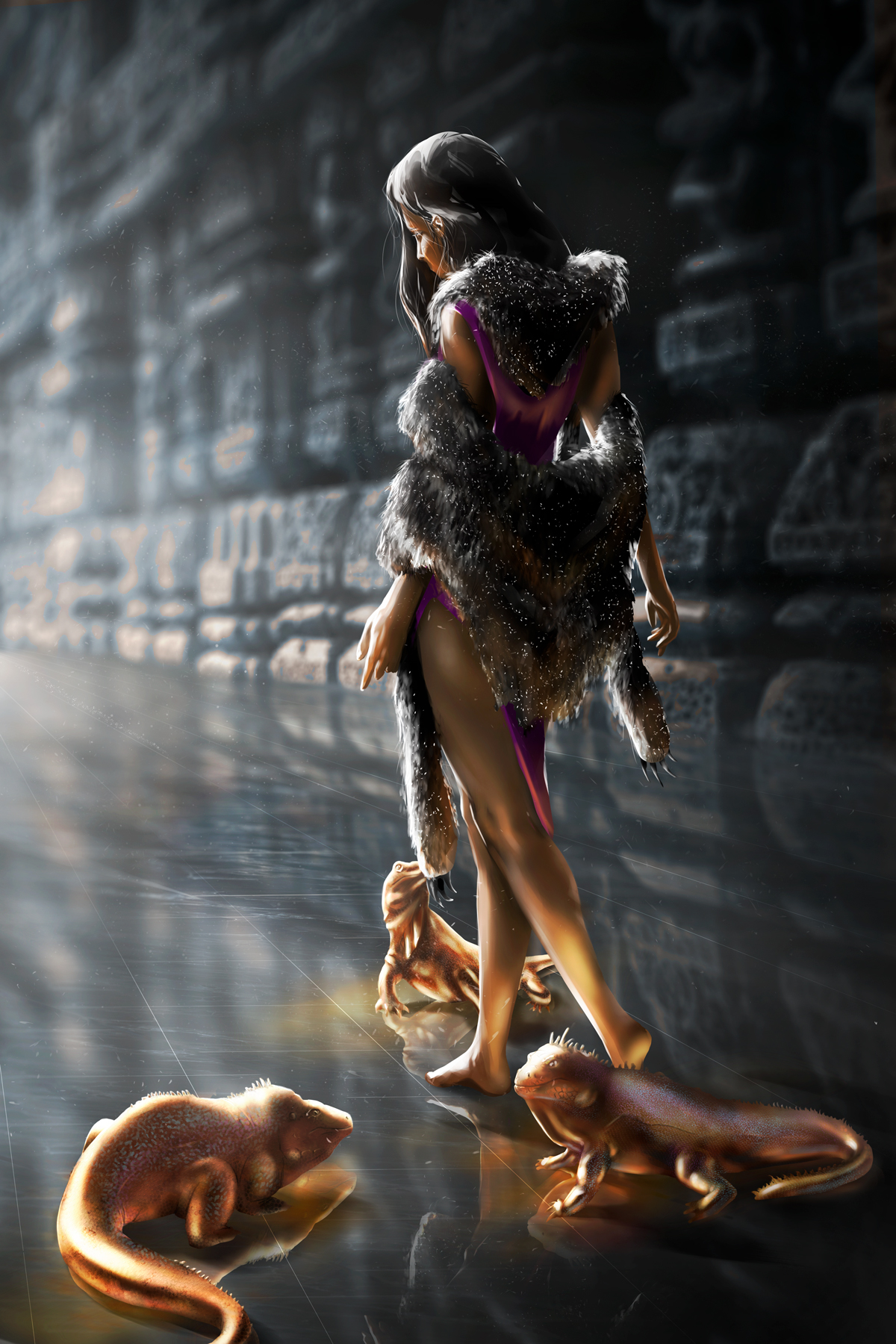 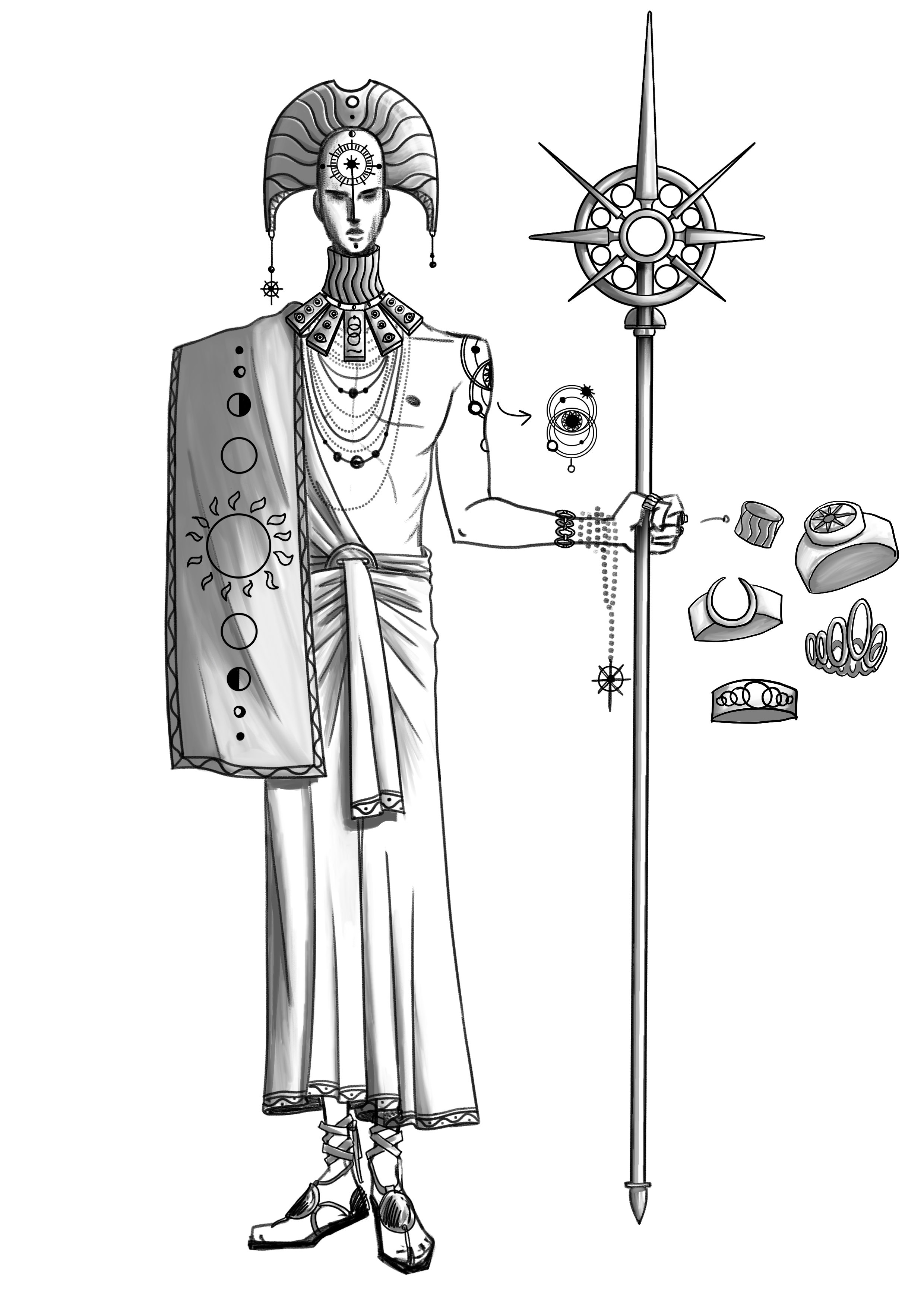 by estudioneb
A high-priest of the Everlight Temple

The cure of the Sparkle Spores

Besides the fact that the Healer of the Everlight Temple are already considered deities by distant, primitive nations, they strengthen their status as legendary in the recent years when they found a cure against the so-called Sparkle Spores breakout.

An outbreak of mushroom spores that came from a tree-mushroom symbiosis from the deepest areas of the jungle. The Sparkle Spores caused small spores to infect the host and began to sparkle at night-time. Not only causing massive pain to the hsot as if the blood would start to cook and would start to glow because of the heat but also spreading a scent that would attract predators, when wandering in the jungles.

The latter wasn't an issue for citiziens in bigger cities like Navuria, despite the fact that people still died from the pain, yet more victims have been seen in the more rural parts and smaller villages in the jungle, that got attacked by various dangerous animals during the night. And with the glow and sparkles on their skin, they marked and easy prey

Answering: "a building associated with healing the sick"
Visit Weltengeist's Competition Page Check all other answers to this prompt Competition Homepage