Fashion of the Ethelbur Merchants

"I half believe the people of Ethelbur dress the way the do only to annoy me. To think, they have all that money but dress in such a boring fashion. What a waste. It makes me melancholy just thinking about it."

The Efran Empire has no shortage of fashion. Men and women flood the capital streets with rich colors and a variety of fabrics, often imitating the styles of nations far away like the great city state of Axis and the foreign shores of Godan. However, while Efraheim and Ethelbur may look similar in their streets and peoples, the clothing would make one pause and think they were in some other foreign state.
Ethelbur bears no bright colors or exotic fabrics. One is met with earth tones, wool, and cotton. However, a trained eye will still be able to pick out those with coin and those without even when lacking the aid of rich dyes. 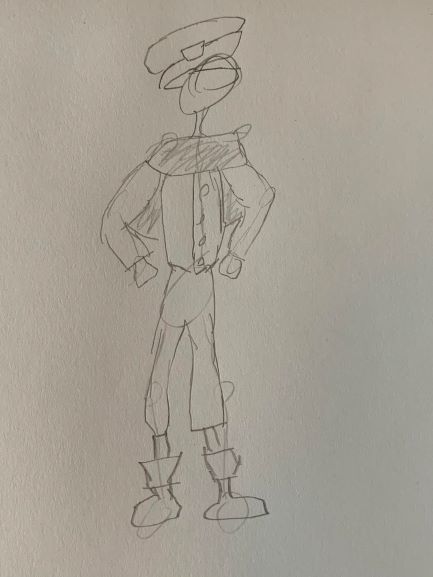 by FawfulsFury
The men's fashion of Ethelbur holds similarities to those of Efraheim, but with some major differences. While men still commonly wear snug doublets, leg-hugging breeches, and warm mantles for cooler weather; the changes come in the decoration and method of wearing these items.
The noblemen of Efraheim, the empire's capital, love to find ways to add personal touches on their doublets. They may request the sleeves to be slashed, allowing passersby to glimpse their shirt underneath. They also will gravitate to doublets of unique shades and patterns. One may find the sight of these flashy pieces somewhat disorienting when in a room filled with lords all seeking to prove their wealth. However, this is not so in Ethelbur. The merchants of the city choose doublets of grays, blacks, and browns. They find patterns on doublets to be meretricious at best and garish at worst. One luxury item favored by the merchantmen of Ethelbur is the falling band collar. They will often allow the lace collar to drape their shoulders as a way to show their good fortune in business. Similar rules apply to the mantles. Noblemen by blood favor cloaks of flashy colors and patterns. They may even find cloaks of exotic fabrics. Merchants of Ethelbur favor the same colors they go to for their doublets. They also would only choose cloaks made of the traditional wool of the empire.
Breeches are much the same. Where noblemen enjoy ribbons of bright colors to tie their breeches just under their knees, an Ethelbur man with some extra coin would favor the somewhat flashy, yet less showy, gold buttons. The common man would use ribbon or button, but of a dull color. Both groups do favor tighter breeches to accent their calves. An Ethelbur man would be quick to point out that his legs would be toned by the work of his business and that any muscle that a noble has is the result of hobbies and leisure.
This leaves the cap. Presently, both groups favor the flat cap. Ethelbur men use no adornment whatsoever. Traditional Efran nobility have taken to putting the feathers of large birds from far off lands in their caps. Some may even be quick to point out that they procured these feathers themselves while hunting in the Barcan peninsula or the Grasslands beyond the Reiberg Mountains.

Efraheim, being a country run by an empress, has never believed in women serving a passive role in 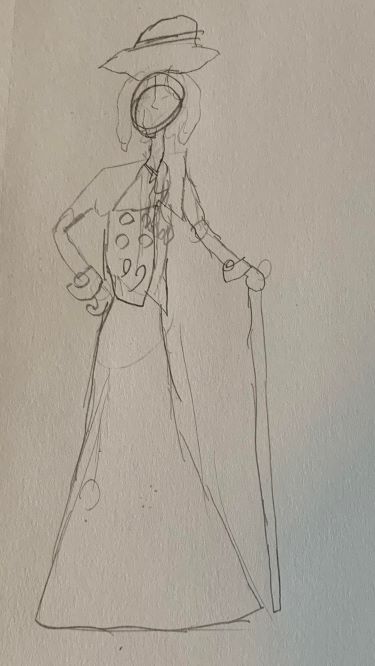 by FawfulsFury
society. Women hold as much power as men oftentimes. Due to this, women's clothing must allow for activity. The riding dress does this.
Two pieces make up the riding coat: the coat and the skirt. The coat comes tight around the torso, but then loosens at the waist, allowing for a sort of flowing at the hips. Women are of two minds in the best way to cut this coat: some believe it should remain closed under the waist, and others believe it should open at the waist, exposing the front of the skirt. The nobility by blood of Efraheim hold to the latter while the women of Ethelbur hold to the former. Those of the merchant city see the closed coat as modest. Well-to-do women of Ethelbur favor a double-breasted coat, with large buttons of various metals as decoration while those outside of the city enjoy rich embroidery and flowing from the collar. Both groups may turn to corsets under the coat to accent their figure when desired.
Women's skirts tend to be made from a lighter cotton than the wool of the coats. Those who prefer the open coats will often find skirts that have some sort of pattern around their hem. Of course, women of Ethelbur favor plain white skirts because they favor the closed coats.
Women of the empire favor the straw hat. Much like the men of the empire, noblewomen have favored large bird feathers from faraway lands to adorn these hats. Women of Ethelbur see this as frivolous. They use fresh flowers, often picked from their own gardens, to adorn their hats in the warmer months. 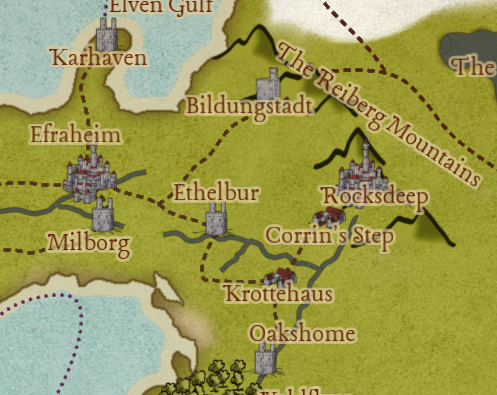 by FawfulsFury
History of the Fashion

For centuries, the higher classes of Efraheim gained their power through war and blood. One was either born into imperial nobility, or they were gifted it through their valor in battle. This changed within the last three centuries. As peace took the empire, a new form of mobility came to be: coin. Ethelbur found itself between the imperial capital and the new lands it spread to within its peace: the forests to the southeast and the mountains to the northeast. A small and nameless village soon found itself a stop for merchants of all kinds. These merchants would go to the capital with their wares and make fortunes. Soon they decided to settle within that nameless town and make it the center of the empire's trade; Ethelbur was born.   This new class recognized its power, and so did Prince Petr. He suggested to his sister, the empress, that she grant the city a place on the Council of Princes, and so a new class of nobility was born. The nobility of Ethelbur do not claim their power through blood. Their claim lies in their wealth. Almost subconsciously, they believe this makes them better than your usual Efran nobility. They worked for the power they hold, and so they desire for all to know they are not of imperial blood. This is why Ethelbur's wealthy and powerful dress differently than those throughout the empire.
Item type
Clothing / Accessory

Nice article! It's interesting to see the difference between the two styles of clothes and how the merchants have chosen to dress in opposition to the nobles rather than attempt to imitate them :D Rather than attempt to enter the ranks of the nobility, they have made their own and are not attempting to gain legitimacy by mimicking the nobility and their tastes.   Small notes: to participate in the challenge you need to add author credits to the images even if you're the one who made them.

Thanks! And thank you for letting me know. Images should be credited to myself now!

Nice article! I love the little history about how the nobility of Ethelbur came to be and why the choose a more sober style for their fashion. The comparison between the two styles is also quite nice.   The description part could use a bit more spaces I think which would make it easier to read :) But in all nice read!

To think that they weaponized dullness in clothing, all to oppose rather than imitate nobility... I swear, rich people... -,- But it's an intriguing type of fashion!