At one time, Centaur clans wandered around the land freely. But over time, as evil's influence and destruction spread, the majestic creatures went from being helpers of the Provinces, guardians of the woods, to beasts that were feared and avoided.   Over the years, as Lord Darnel grew in power, the Centaurs and many other creatures retreated deep into the southern woodlands, called Wilderland, where they took care of their own, avoiding head-hunters wanting to recruit them in the Racan army and humans who might take out their distrust and anger on them.   Centaurs appear in both The White Road Chronicles and the Chronicles of Alburnium series.

From The White Road Chronicles 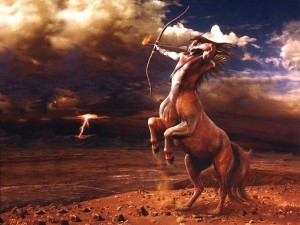 Age: 150 years Coloring: Brown body with a reddish tail. Hair is curly with a short beard. Eyes: stormy gray Talents: Lotari is a herbalist and healer. He loves to learn and is an avid reader when he's able to get his hands on a book. He has learn much of his skills from the Healer Mayra, who is one of only a very few humans he will go near.   Lotari's story: Lotari grew up in the Riverwoods of Alburnium. His sire, Wyndham, is the leader of his reclusive clan. Lotari was raised to be wary of humans, and experience taught him to be doubly cautious. But when the King's traveling teacher came to him with a request, Lot was unable to deny Issah, who had always shown kindness and often spent time teaching Lotari all about King Shaydon and his ways.   The day Lotari went after the disoriented girl child to bring her back to the white road, his life was changed forever. Lotari goes from being an introverted creature to a great leader and servant of the king.   Read his amazing story in books 1-6 of the White Road Chronicles. 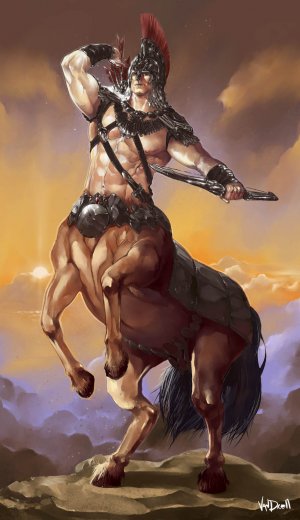 Age: Undocumented because he was born in the stable of Racah. He thinks that he might be around 80 years.   Coloring: Pale coat, like a palomino. Blond hair and tail.   Eyes: green and mischievous   He is too young for facial hair, which is of great consternation to him.   Talents: He is a fierce fighter, but not a ruthless killer. He enjoys making others laugh and has found it's better to laugh than to cry. So he deals with his emotions by making jokes, pulling pranks and anything else he can do to distract himself from getting gloomy.   Stitch's story: Stitch was born a slave in Racah and considered nothing more than stock to his masters. He's young, but a well-trained soldier. He'd move up in ranks quickly if he'd stay out of trouble. But he enjoys causing trouble too much. After meeting a young archer who is intent on saving the love of his life from being captured by the Dark Lord, Darnel, Stitch is set on a journey of a lifetime.   Stitch's story is told in Deceived- A White Road Tale book 4, and The White Road Chronicles 1-6. You'll laugh and cry over this trickster's antics and his endearing story.

Chief of the Riverwood Clan.

Remove these ads. Join the Worldbuilders Guild
Peoples of Alburnium