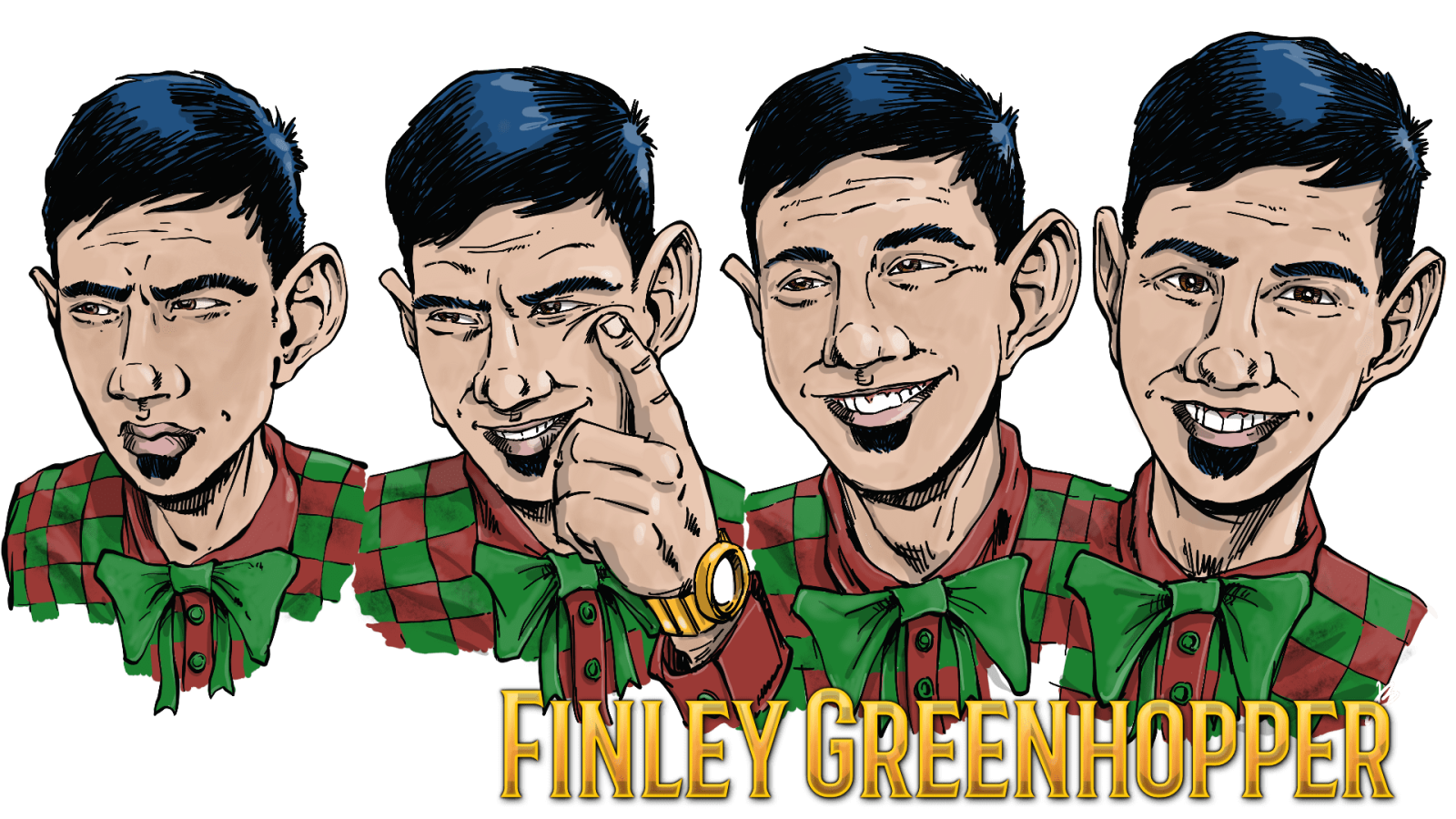 Of all the professionals I've worked with over the years, I doubt you could have convinced me that my most vocal child fan would eventually become my most respected colleague in the field. The letters I received over the years from a brilliant little gnome, always pointing out the details in my own papers, would wallpaper a modest sized apartment!

It was during the 53rd Annual FAF researchers symposium that I first met Finley face to face. We’d had a correspondence going for years. Not many who are in my line of work have fans…but I doubt anyone other than myself had a seven year old supergenius as a fan. Once I answered a single letter — I believe it was about how the rotation of the world, combined with its electromagnetic fields should be examined as to why the now extinct Black Swallow changed its migration pattern — he stuck to me like a tick on a dog's butt.   The symposium was a gathering of 2000 of the top minds, from archeology and anthropology to historical fact collection and zoology. All in the same room to strut their stuff, the keynote speaker being famous zoologist, Arkin Branklebottom. Guy had sixty three books published on his discoveries of animals. He was at the symposium to accept the rarest award for researchers excellence by the FAF Hall of Fame.   That is, until Finley asked a question.   Along with the 2000 professionals, fifty promising new researchers, newly hired by the FAF were in the audience. Not so much to honor them, but as a tactic for questions to be asked, thereby feeding the already bloated egos in answering such paltry perspectives.   No one was prepared for the genius level intelligence of a seventeen year old gnome, with no filter…and no desire (or reason) to lie.   In under three minutes, and without having to provide paperwork to the contrary, Finley asked questions which unraveled the string of theories Branklebottom published on every extinct and near-extinct species he’d recorded. In under an hour, he’d countered each and every argument from Arkin’s defending colleagues and unequivocally disproved 100 years of collective research, setting the whole of the FAF on fire.   These men and women wanted blood.   By dinner that night, I’d personally contacted Finley’s parents, explained the situation, and used every favor I had with the underworld to smuggle him out of Clockworks.

A Brilliance Unlike Any Other

If you’ve read any of my works, you understand I have an ego. There’s no secret there, because I know for a fact that I’m the best at what I do. So when I tell you that Finley Greenhopper is the most brilliant mind I’ve ever seen, you’ll have a frame of reference. His calculations, ability to comprehend and solve complex conundrums, his unending curiosity and passion for the world around him take my breath away every time we interact.   What makes him even greater is his soul. He is a good person in a bad world, that wins the loyalties of any honest-in-heart who works with him. He is void of corruption, has no ego, and no malice touches this boy's lips. Well, he’s a young man now. We all love him, and have learned to follow his curiosities.

The Prodigy of Three Kingdoms

When I smuggled Finley from Clockworks City, all I was concerned about was keeping him safe. At first he was sad, being from his parents. Yet the further we traveled, his mind opened up to the possibilities of his future. He spoke of places he wanted to see, tests he wanted to run, and the greatest of these was the Dragon’s Chasm.   Of course he wanted to study the most dangerous natural environment on the planet. Silly me.   What I wasn’t prepared for, was having his mind completely freed to be what it was meant to be: brilliant. When he shared his goals and plans, I said I had an idea for what would require considerable funding.   Before the next season, we had a written agreement, which included two Royal Treaties and three sponsorships, which included King Robert III, King Borislav, and the Crafters Guild of the Kutollum people of the north.   Pinwheel was born.     What happened next?   That’s a story for another time.

Finley is like most gnomes, with a typically large head, nose, narrow shoulders, short torso and legs, with oversized hands and feet. What you notice first with this amazing young gnome is his smile. He's always happy--excited to be alive and to have time to do more research.
Crazy!
Finley sports a small patch of hair under his bottom lip, and always seems to be dressed in what one might imagine an awkward librarian to wear on an average day at work.
He's lean, strong, and attentive. Greenhopper knows what he wants in life, and when you get the chance to work with him, you'll notice his attention to details--which is the single greatest aspect of his personality, most likely to get him exactly where he wants to go in life.
Children

Answering: "An Explorer, Researcher or other character motivated by discovery."
Visit WantedHero's Competition Page Check all other answers to this prompt Competition Homepage

Great character concept! But you say "seven" years old in paragraph one and "seventeen" later on. I suspect you meant 17 for both?

No. The writing is correct -- I checked with Höbin. He first received a letter from Finley when the boy was 7 years old. Brilliant, obsessed with the old gnomes work. Finley's father had given him "Demoni Vankil" as an introduction to Höbin's work. Finley was hooked form that moment.   The next section says, Finley was 17--and that is correct. He was hired by the FAF at age 17...four years youn ger than any other applicant in the company's history. Höbin never met Finley face to face until the boy started working for the FAF.   Make sense?

Totally! Thanks for the comprehensive answer.