Astros' Descent is the large geographical feature on the edge of the Aether's Burn, where Astros touched down to stop the Burn. The ground shattered and created a large crater, and rocky formations stand like peaks around it.   At the centre of the crater, a monument was raised in Astros' honor by Hill Gnomes of the area.

The Aether's Burn was spreading without any signs of stopping and nothing the inhabitants of the area did could stop it. Magicians from the spearhead cities worked hard to find a way to stop it, but they could not.   Offerings were made, traditions were changed, all in an attempt to stop the spread of what was seen as the curse of sin, caused by the reckless use of magic to profit off of the ocean. But nothing helped. Evacuation started, and entire villages were left behind. As it reach the river bend in the south, it could not spread across the water. A plan was decided, to dig deep canals in the ground from the inland ocean to the north, down to the rivers, and then flood them, creating a boundary of water. But the digging took to long, and the entire area, including unevacuated areas, would flood if it was to be stopped.   In the moment of doom, Astros crashed down from the heavens and his touch stopped the spread. In a second he was there, and the next he was gone. But the spread of the Aether's Burn had stopped. The burnt landscape still remains.   In Astros' honor, the Hill Gnomes built a monument at the bottom of the crater, symbolising Astros' touchdown. 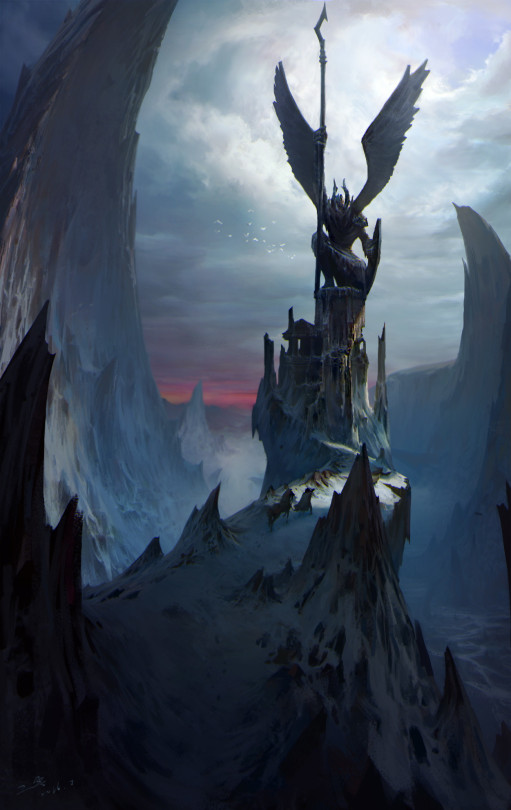 Answering: "Describe the most impressive landmark in your world."
Visit J.Folke's Competition Page Check all other answers to this prompt Competition Homepage