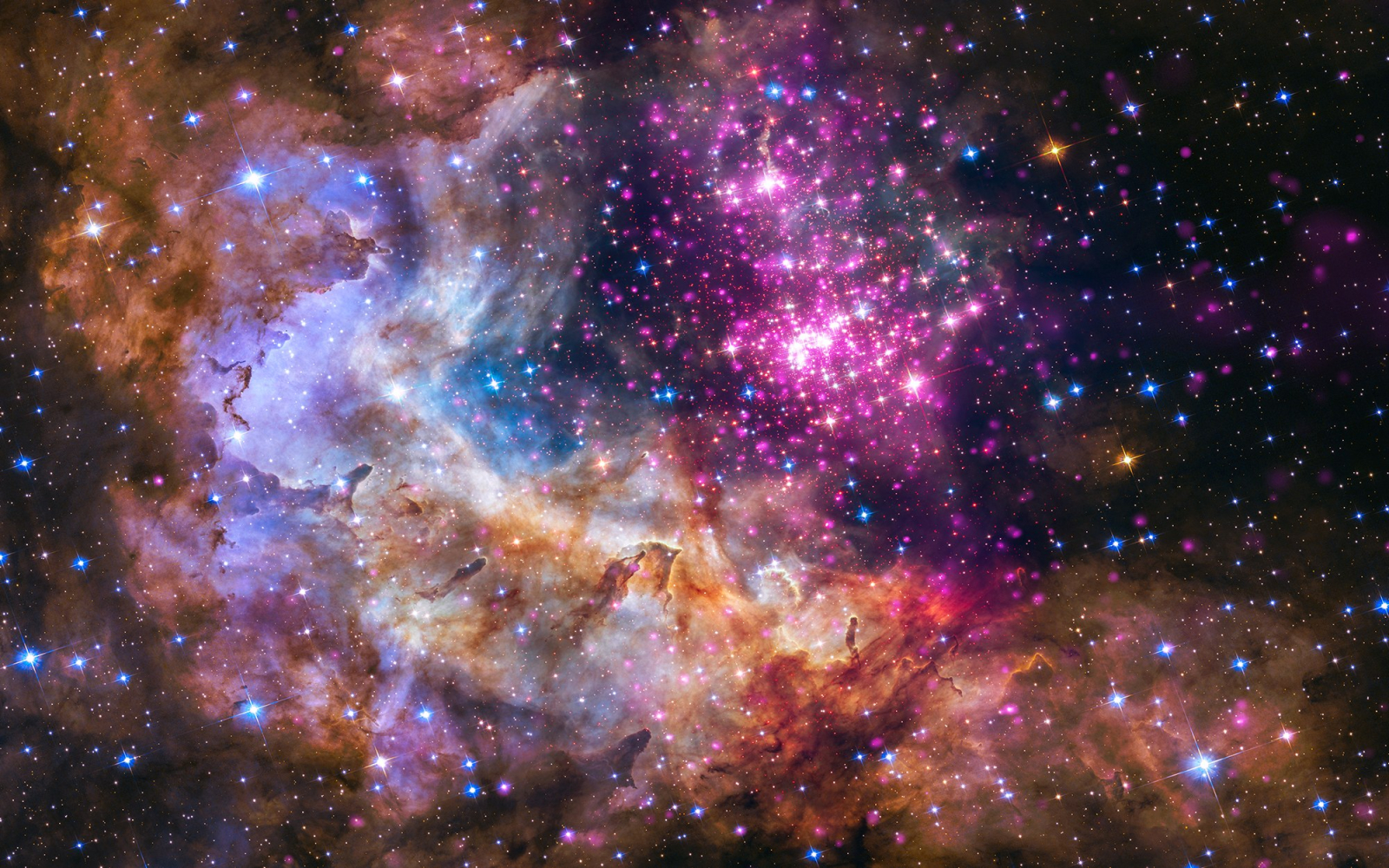 LordPulsar
Voidstar is a silly sci-fi world with everything from robots, starships, aliens, gods, magic, demons, and all that other fun stuff. Voidstar doesn’t really make sense a lot of times and that is completely intentional and also because I'm a bad writer. The world is weird, built to be fun rather than making a lot of logical sense. Sure, these snail creatures never would have evolved like that, but I really like having cute snail farmers in my world so I’ll have cute snail famers! Because of this, Voidstar is a crazy place. Sometimes I care about putting in deep scientific lore, other times I couldn't care less.   Voidstar takes place mainly in the Larkezni Cluster, a segment of the Milky Way Galaxy consisting of about 2000 stars. There are only a few ways out of the Cluster into the surrounding stars, but those areas are mostly uncharted and dangerous. Few know what roam out there.   One of the main two conflicts in the world are the aforementioned demons. The Chaos Old God Apollyon is creating terrifying beasts to gain power to summon himself back into reality. To do this, he needs sacrifices. These demons exist on the frontiers of the Larkenzi Cluster and in Metaspace, roaming, stalking or plotting. They attack cities and outposts for souls to sacrifice to bring Apollyon back into being. A lot of people tend to disagree with this.   The second conflict is the tensions between machines and organics. It can range from disputes over synth rights to full on genocides. It began with the advent of fully sapient and emotional synthetics beings, or synths. There were arguments over whether or not synthetics should deserve equality and suffrage. These arguments, over time, turned into battles, and eventually wars. Some argue that machines are inherently lesser than organics. Some argue that machines and organics are equal. And some (mostly machines) argue that machines are the superior lifeforms. All these arguments have been taken to various degrees, including mass genocides of both machines and organics. This includes the Mechanic War, which enveloped the Larkenzi Cluster shorty after humans came into the picture. It wasn't a great introduction.

What's in the Larkenzi Cluster?
... Empires