Did... did you hear something?
I swear, that... creepy statue in the corner just made a noise.
Look! It's weepi--
— Unsuspecting civilian

These idols are kept by those wishing to commune with Xateal, Nadir of Greed and act as a symbol of their devotion to the Nadir. Most often, idols like this one, are kept in secret but communal areas. Areas that only a select few know of.   In the presence of one of these intimidating idols, a dark deep voice that speaks in an unknown visceral tongue might be heard and halucinations of golden ichor oozing from the idols crevases and eyes may be seen by the beholder, all the while drawing the individual into a black void.
This only seems to happen to a single individual or small group of people at a time and any not under the idols influence see nothing untoward, bar those who are effected seeming to tremble and become unconcious with rolled-back eyes, weeping with that same dark ichor.   It is believed that the idol itself is somehow attuned to the Nadir and allows them to have a greater sphere of influence, communicating and corrupting areas and people far beyond their domain.   Whilst these idols may enable those who interact with them, to acheive a closer bond with the Nadir and as such, receive their boon. The consequences of having such an artifcat in close proximity frequently, can lead to dire side effects that many of sound mind, question if the risk is worth the possible result of a Nadir's favour.

A guant, lanky figure with wrinkled pale flesh of grey colour, darkening at the extremities. Made of an unknown substance that apears to mimic bone.
The idol reaches roughly 90cm (35inches) tall and often comes with a roughly shaped, gold infused, dark stone base. 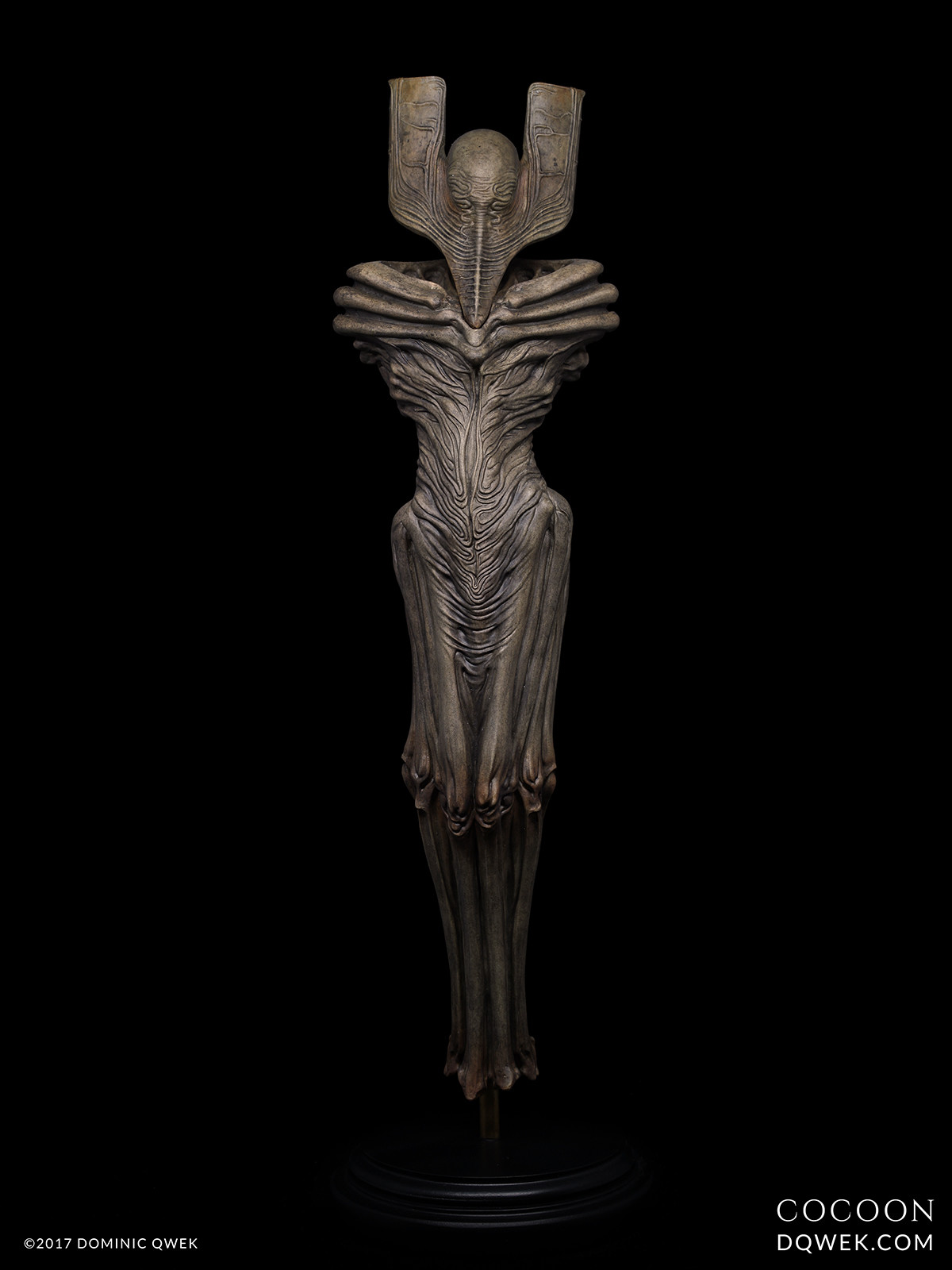 Cocoon Statue by Dom Qwek
Item type
Unique Artifact
All artwork that is not an original creation by myself (@Bladeswillfall) will be replaced in time with either original pieces or commissioned art.
Nadirs

Answering: "an artifact that embodies a hideous or monstrous idea"
Visit Bladeswillfall's Competition Page Check all other answers to this prompt Competition Homepage