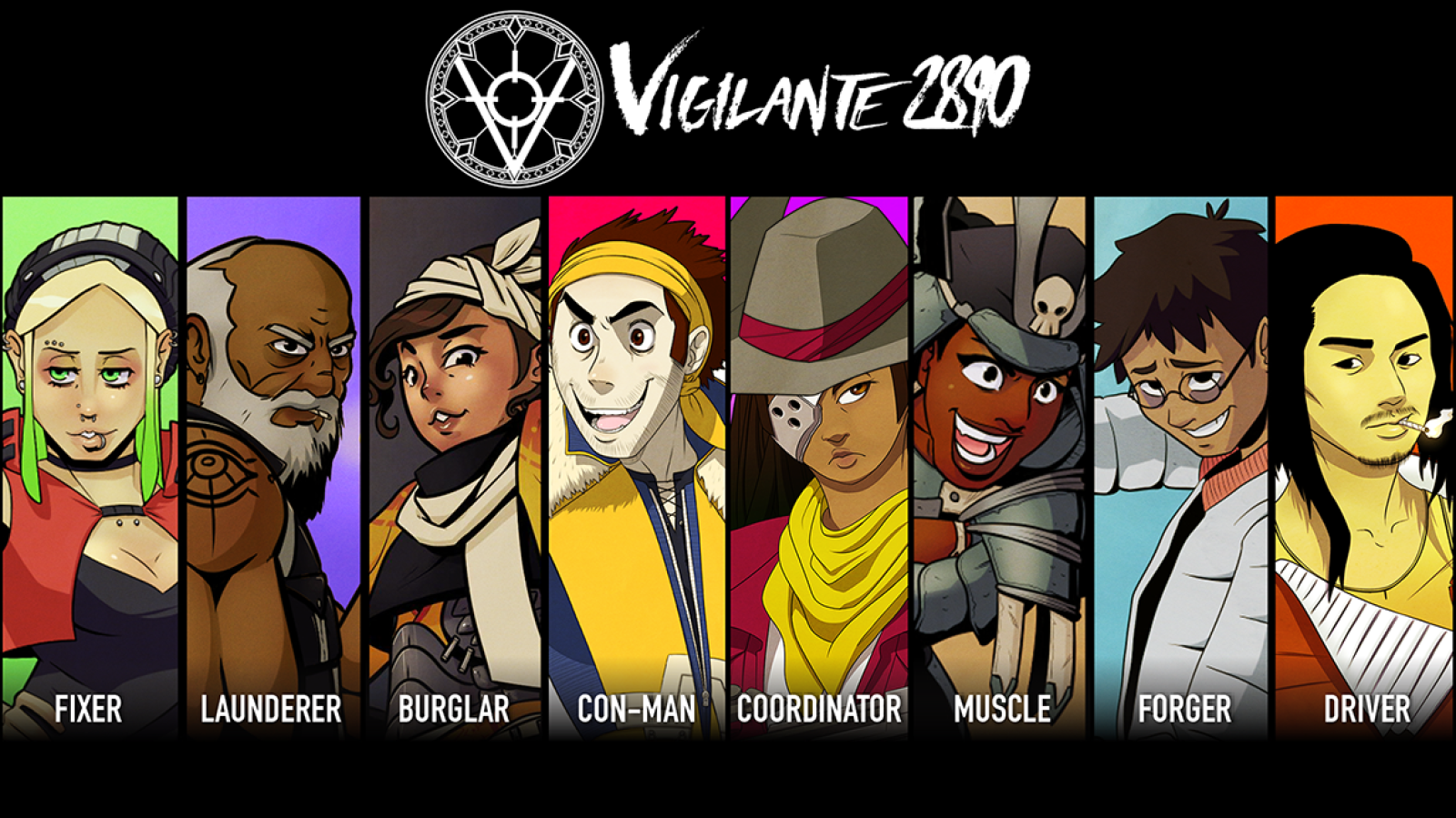 Kael McDonald
In a wasteland desolated by ancient wars, the coastal city of Duvoch prospers under the government of the Vigilante Guild. Citizens may be trained in law enforcement and given license to exert their personal justice. Crime has grown organized in response, and today there is notoriety both in wearing a mask and in wielding a badge. The infamous Coyote Gange does both, arresting the same crooks they make deals with, and profiting on the loopholes of society.   The Citadel, the grand structure at the center of the metropolis, houses not only the Vigilante Guild, but the primary utilities, economies, and food production for citizens. Far dwarfing any other tower in history, the architecture that brought about the Citadel is a mystery lost to time and wars long past.   Duvoch, the Sovereign City. Perpetually foggy from the high desert heat meeting the cool winds from the new southbound sea, day and night are more defined by the ambient glow of sunlight blooming and fading. As such, the citizens are busy, always busy. Sounds of people walking and talking fill the air, with the ambiance of traffic and distant train howls. Emergency sirens are typically nonexistent, and it’s notable when the Duvoch Police Department uses theirs, or if a Judge has entered an area to mete out Justice. Often you can hear music of some sort playing wherever you go, and the electric hum of displays and power lines back it all. The city smells of permanent petrichor and cultural cuisines, of ozone and metal and grime. The faces all around are of every shape and color, and a general atmosphere of people who feel watchful but comfortable abounds. This is where the world ends again.   Outside the half-moon crater that cradles Duvoch, the wastes known as the Draugrlands extend for desolate kilometers. Here, the Espirillano have made a hard living for generations, and cultivated the land back to where it is today. The tension between Duvochians and the "Draugrlanders" as they call them is one of territory and human rights. The city is safer, but the Espirillano despise what Duvoch has done to them, and still does to them. Duvoch needs to expand, but xenophobia and corporate greed wrestle over where to set the borders and who to let in.   Meanwhile, the rest of the world assimilates under the spread of the Eurasia Combine, a mutli-dictatorship formed in the vacuum of power left when America was destroyed in the Silence. Though many countries hold the line, there is no greater thorn in the Combine's side than the lone, unsiegeable city of Duvoch.   All these factions and more come to a nexus in time - a time when the scattered body parts of the Dead God have grown near and the power of even one of these relics grants nightmarish power. Eleven people will be touched by Death. Eleven people will wield the power of a god. Eleven people will find each other. Eleven people will destroy each other, and then the world.

Characters in the world of Vigilante 2890
... Characters

Places to be, things to see
... Setting