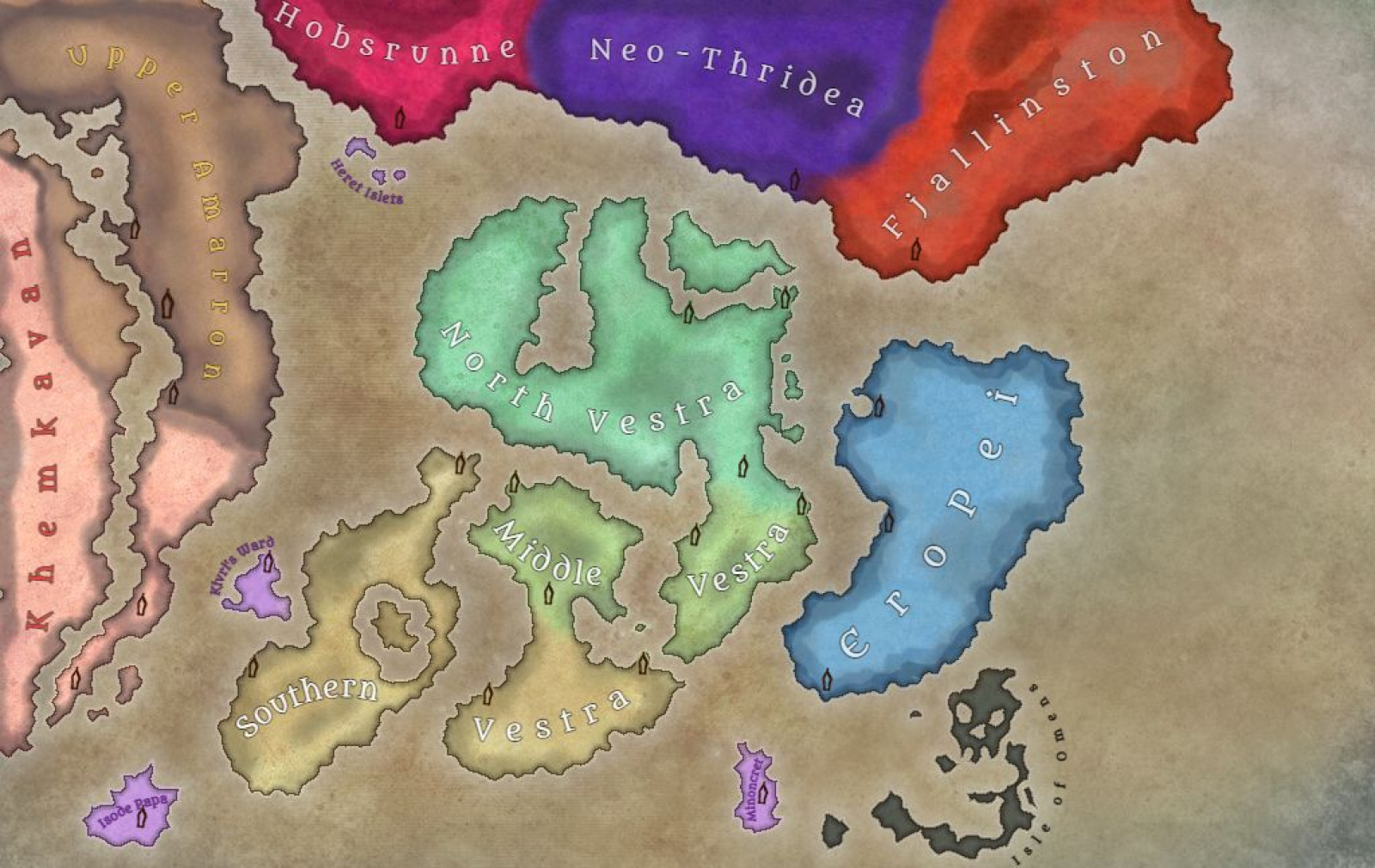 Long before the first peoples of this world could write, the gods congregated together and discussed how this world, known as Vestrata (A Thritic word for "Holy/Devout") would be governed. The gods had not chosen a leader amongst themselves, and soon decided it would be best to do so.
Argument after argument went on for days, with each god vying for the right to rule. Eventually it was the youngest among them, Civri(or Kivri, depending on depiction) who suggested a solution.
"Why don't we divide the lands so that each of you shall govern an area." And with this suggestion, each god took land to look over, and set about tending to their worshippers. Some even ruled in the same areas, sharing devotees.
Khem and Ishravan went west, to the modern continent of Amarron, ruling over the ancient Hekat civilization.
Patar, Seirana, Tempestus/Chlarye, Fjalldunna, and Hephasion, all went to the isle of Minoncret to rule of the Thritics and Min'Aelva, who soon spread their religion and empire far across the world.
Nairuk and later Neikanei, would watch over the eastern half of the continent of Fjallsgard, with the Giants under their care. The western half would be home to the Goblin tribes, where Yog Yithal watched them fight.
Joriman, the Abyssal Serpent, would patrol the waters, and watch as the many things that dwelt in the ocean grew, and would devour any that set foot in his domain.
Ereindos the Wailing wandered into the Icy Wastes of the north, content to live among the desolate and lifeless ice floes.
Morgrath burrowed himself deep into the dirt, and tunneled out paths to every area.
Bedialla would not settle upon a place, and so she spread small stones across every hidden place she could, and claimed her place to be in the corners and crooks of the lands.
Civri/Kivri abstained, and herself asked only that she have free reign to travel as she pleased.