The wreck of the EFS-Odyssey

Tell us about a famous wreckage in your world. What happened to it?

Commander M███████ of Nemo class Fireball 2 comes onto the radio

Admiral R███████: "Negative Fireball 2, our guns are down."

Admiral R███████: "Negative Fireball 2, weapons are still down and-"

[several distant explosions are heard from the Odyssey.

Officer K██████: "One moment... negative, I'm not getting any communication from the rest of the ship."

Admiral R███████: "Fireball 2, respond, what's the damage to the Odyssey."

Fireball 2: The ship's gone, sir. Whole engine block's cut off; I'd get out of there if- Jesus, pull up!

[a loud explosion is heard, followed by silence]

After the Federation decided that member nations would need to maintain patrol fleets, the Federation needed a cruiser to be center of the fleets. They eventually decided on a prototype design, the Artemis class. The first ship of the class, the Odyssey, was produced for testing purposes. After testing at ██████ station, it was planned to be taken to the Vega testing grounds so that it could be tested in Vega's dense asteroid belts.

While being taken to the Vega testing grounds, it was ambushed by a large pirate fleet. The pirates used an EMP device to disable the Odyssey's weapon and drone systems. Due to the absence of supporting fire from the Odyssey, it's escort fleet was entirely destroyed. The interior of the Odyssey was stripped by pirates, and it was left drifting around the edge of the Otan system.

4 mass diver cannons running the length of the ship (One sustained heavy damage to the barrel during combat. All of the cannons are now non-functional due to the ship being broken into three parts, severing the acceleration tubes.) One large missile turret (inoperable due to lack of power and damage to missile delivery system.

The Odyssey's armor was 5 meters thick.

The Odyssey was a gateway-drive equipped ship, and subsequently has a type-3 Capital Gateway drive

The Odyssey could have up to 12 ships of corvette size or smaller. It also has a small drone bay, capable of housing ten drone fighters for close range combat capabilities.

The remains of the Odyssey and her escort fleet, taken by Lieutenant J██████ onboard the FEV-Triton 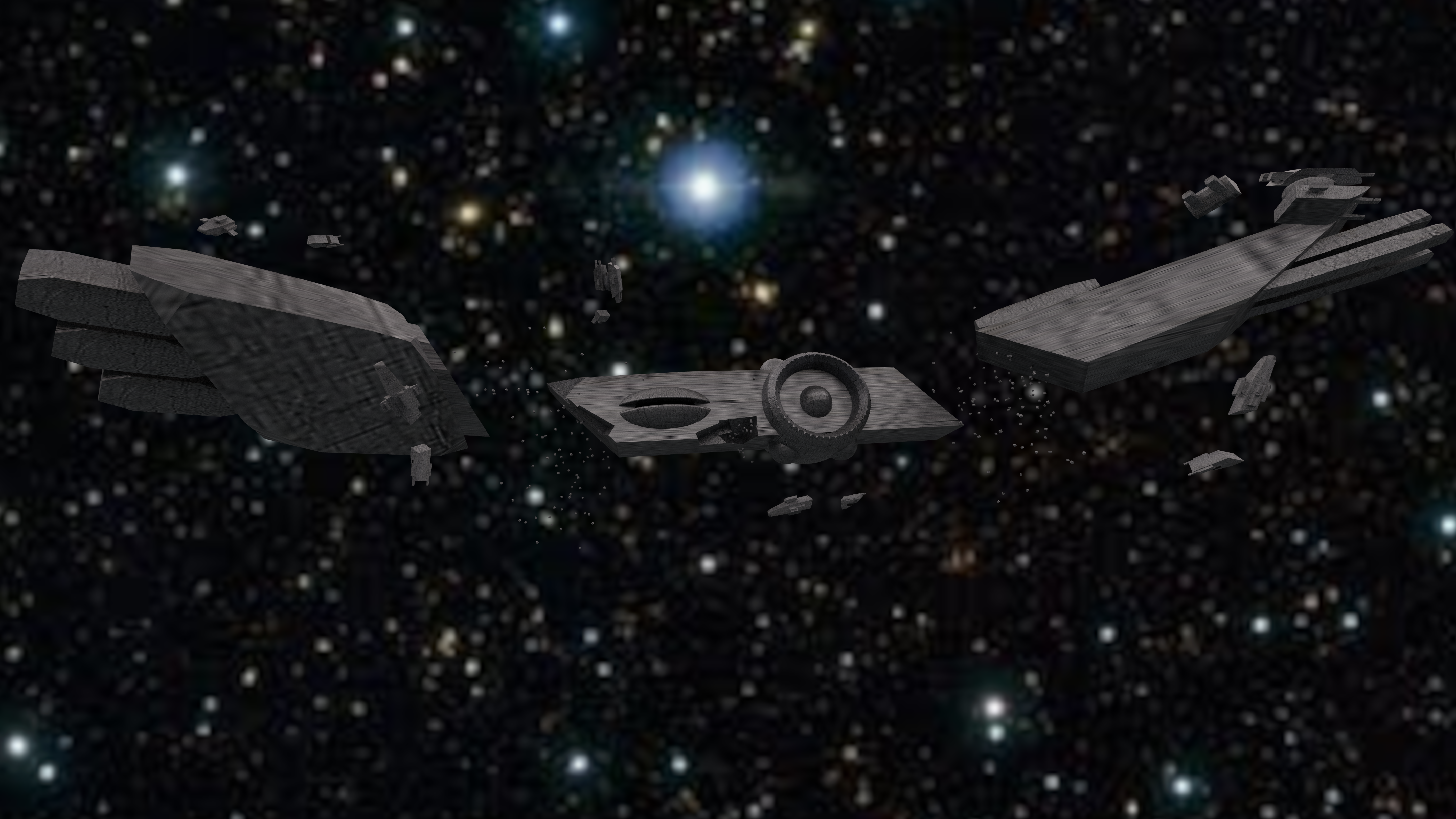 
Remove these ads. Join the Worldbuilders Guild
In response to the prompt Tell us about a famous wreckage in your world. What happened to it?