Born 'Magus Carter', the young lad now goes by the name 'Magus Wayfare'. He travels along the winding roads to everywhere with his faithful companion, Aeya.

Magus is a tall, skinny lad with a fit physique. His father's work in logistics and transportation means that he was sometimes brought along to help move things. Despite academic studies appealing to him more, he did manage to assist in this work and maintain a fair form while growing up. His brown hair is kept short, not growing past the neck. And his face and flesh are left unmarred and devoid of scars or other abnormalities.   For the most part, the lad was blessed with an unassuming visage. Nothing particularly out of the ordinary sticks out about him. 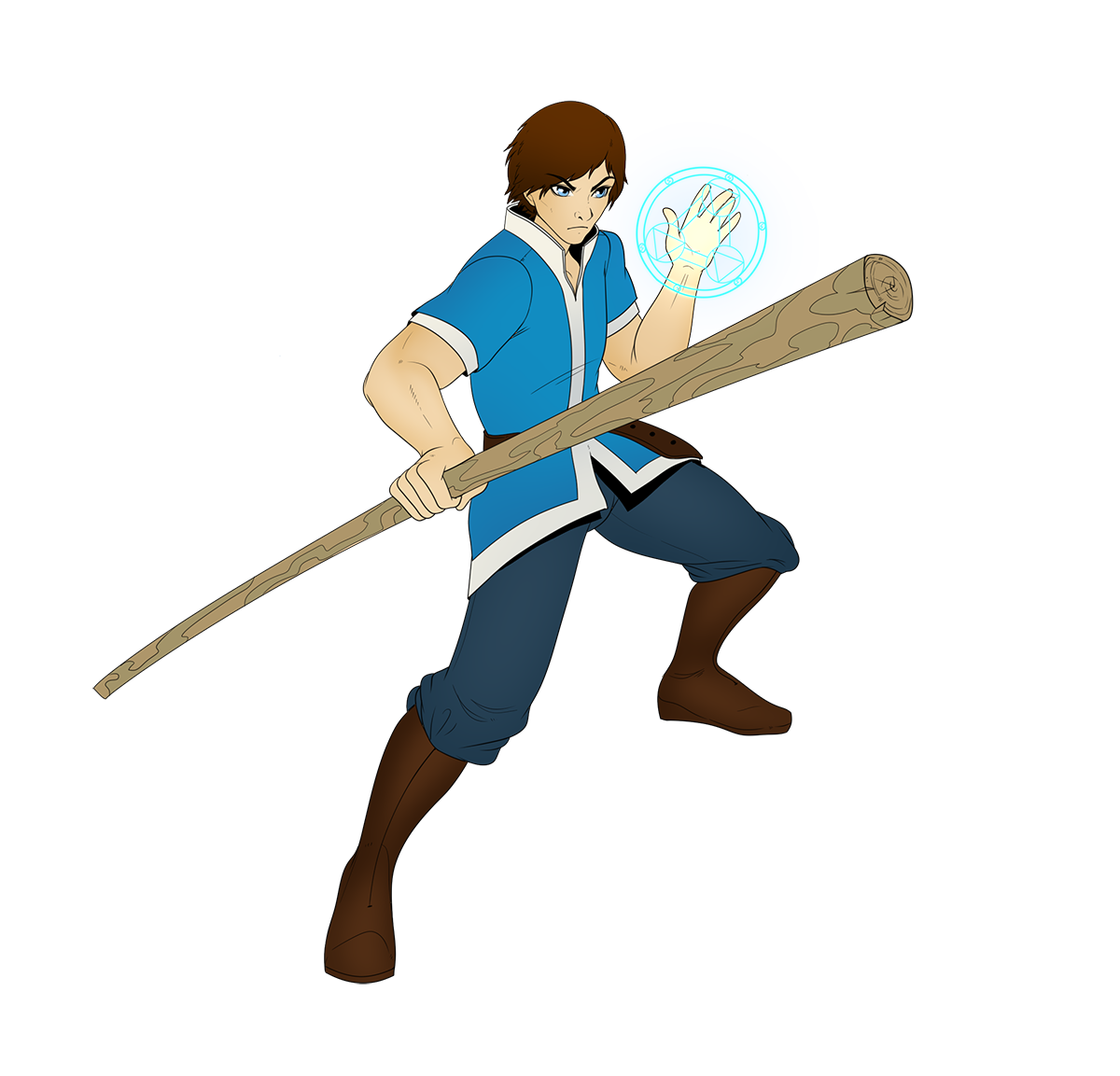 Magus has taking up practicing Aura Magic. While not sufficiently advanced, he is still proficient for beginner levels. His natural attunement is to Lightning and, subsequently, the Plasma family of elements.

Magus's typical getup involves a cloth blue shirt, darker blue pants, and decent, leather walking boots. he was lucky enough to acquire a shirt with a nice, white trim to give him a finer appearance.

Magus grew up with a relatively ordinary life. From a young age, he had expressed an interest in magic practice and academic pursuit. However, the small-town family he was born into could not afford to purchase the realization of his dreams. He was forced to settle for what meager collection of books and tidbits he could come across.   As if to make up for not being able to pursue knowledge, Magus was instead gifted with responsibility. He received a pet fox come the age of thirteen. He named the fox 'Aeya' and took excellent care of her.   Before his twentieth birthday, Magus came to discover that despite the past seven years to the contrary, Aeya was no ordinary fox! He came home one evening to discover his pet transformed into a fox-human anthro. And, seemingly on whim, she could transform back and forth as desired.   The revelation isn't entirely joyful. Shortly afterwards, Magus and Aeya are run out of Wygram. With no home left, he is forced to wander and take up being a 'professional traveler'... thus, earning his name 'Wayfare' for 'wayfarer'.

He knows how to read and write, and has an affinity for aural magic. While his magic skills are still developing, he does have some basic combat skill with his element.

Prior to turning twenty, Magus attempted a few different jobs in attempt to earn a name for himself, as is custom in Obrin. However, due to circumstances (some his fault, some decidedly not so), he was not able to properly hold any real job. Previous occupations involved working for a printer and for a bookshop owner.   Given his current situation, he is now a 'professional traveler'.

Magus has owned Aeya for seven years and essentially her whole life. She can barely remember any sort of time without Magus around as her master. Even with the addition of her new, anthro form into the relationship, she still sees him as her one and only master and owner. Whereas Magus tries to see and treat her as more of an actual person than a simple pet.