Deep in their roots, all flowers keep their light.

"They walked without disturbing a single blade of grass. The suns were always at their back and I have seen the Shimmer itself touch one of those creatures. They are not shepherds of man. Nature is their calling and they have truly answered it. If this is our world, they have cultivated it for us"
— - A farmer seeing a tribe of Firbolg near his land

In my study of the races of Verra'Talu none have brought me quite the same peace or tranquility as the firbolg. Their minds are as sharp as a blade of grass but they are gentle in their approach to all things. They serve in their earnest capacity as an envoy of the natural world and everything that grows does so under the watchful eye of the firbolg. If spied from a distance and observed, as I have done, you will see them spending their days locked in heated debates with the ever changing colourful flora and fauna. They discuss temperate and soil composition. At least that is what they tell me they were doing when pressed to the point. 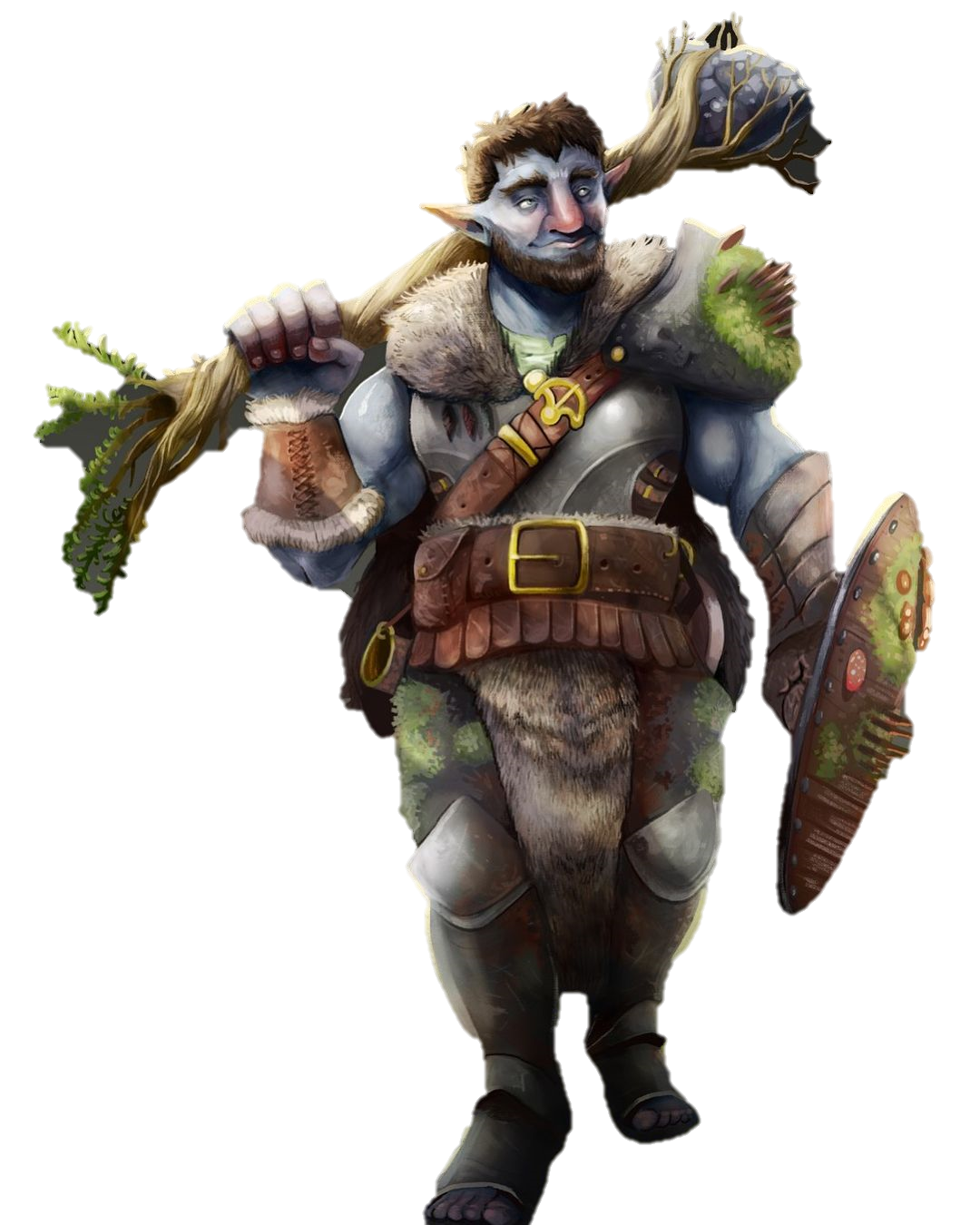 There legs are the same strength of the trees they nourished from saplings. Their ears can pick out the trampling of doe and deer many meters away and their eyes spy out all disease and hidden things. They are truely a race to be reckoned with and it if wasnt for their gentle nature they would be a force of utter destruction. In fact I remember a story about a beastman traveller who met his end at the staffs of an angry firbolg tribe. It is daunting to think about...

Firbolg are one of the most hospitable species around Verra'Talu and they find the natural beauty of socialisng with thier own race. They can be very aptly compared to a wood, they grow and falter together. Like a forest they strave out all competition and mirroring a deep cave they provide shelter for the whole tribe.

The Firbolgs live in tribal packs often numbering twenty to forty members. Forty members is a very important number for the habits of the firbolg. When the group reaches forty the firgbolg know they have had a good harvest and the Wild Mother have blessed them with a good seed this year. It is also at forty memebers when the elders and leaders of the tribe meet and discuss the future of the group. Most tribes at this point splinter into two factions and go seperate ways. Both are still connected, wheter by magic or proximity but they are allowed to forge out their own destiny. This means many Firbolg tribes under the same banner and name can be seen wandering the land in ever smaller and smaller numbers. This makes them especially vulnerable to armies and well prepared bandits. The danger is something the firbolg take in their stride. For they are the oldest of the Star Saved Children and they have faced much harsher dangers in their time here.

Need nothing. Be weary of everything.


Firbolgs are very self sufficient, relying very little on the world outside their tribe. To see a firbolg tribe in the natural world heralds either a great natural disaster or a great day of trade. For the tribe carries with them all manner of trinkets and wooden things. For the right price or trade a firbolg will give up most things.   To aid this free movement of goods the firbolg have become great friends with the Aarakocra. It is very much a symbiotic relationship that helps both species grow and develop. For when the firbolg have need of human made supplies and provisions they recruit the winged men to to go into the stone houses of humans. In return the Aarakocra always know they have a safe place to rest and recuperate in their joruneys. 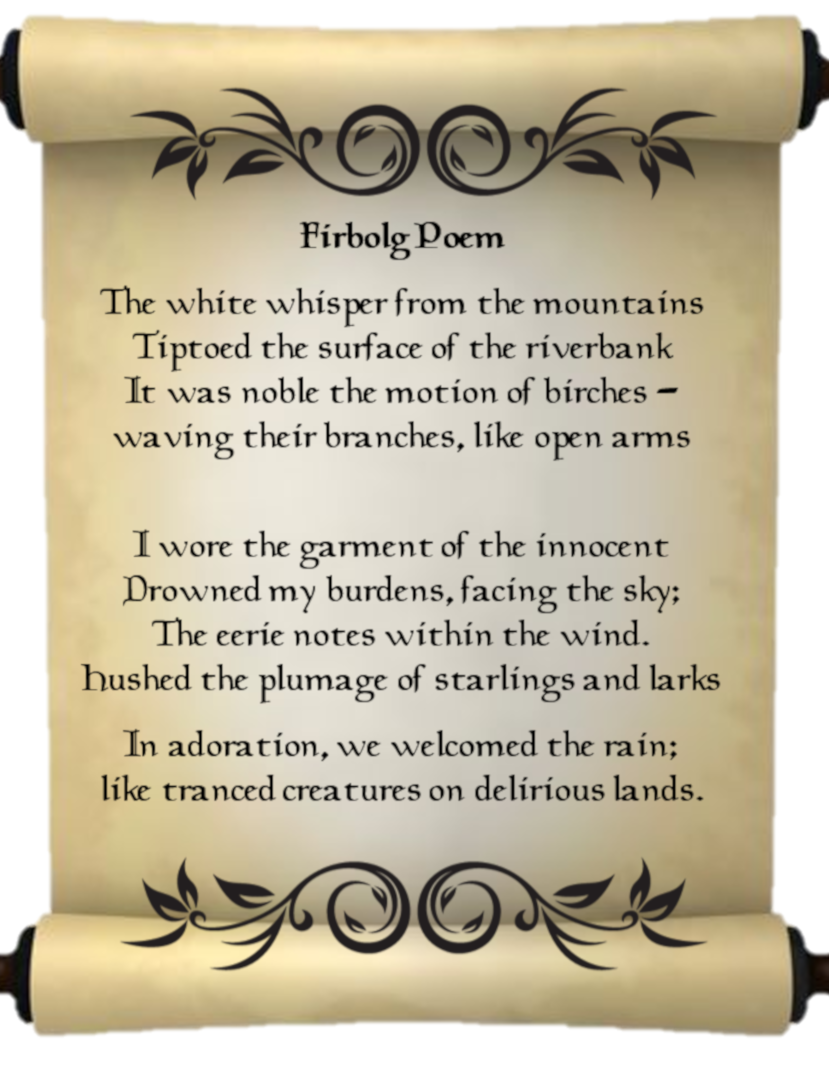 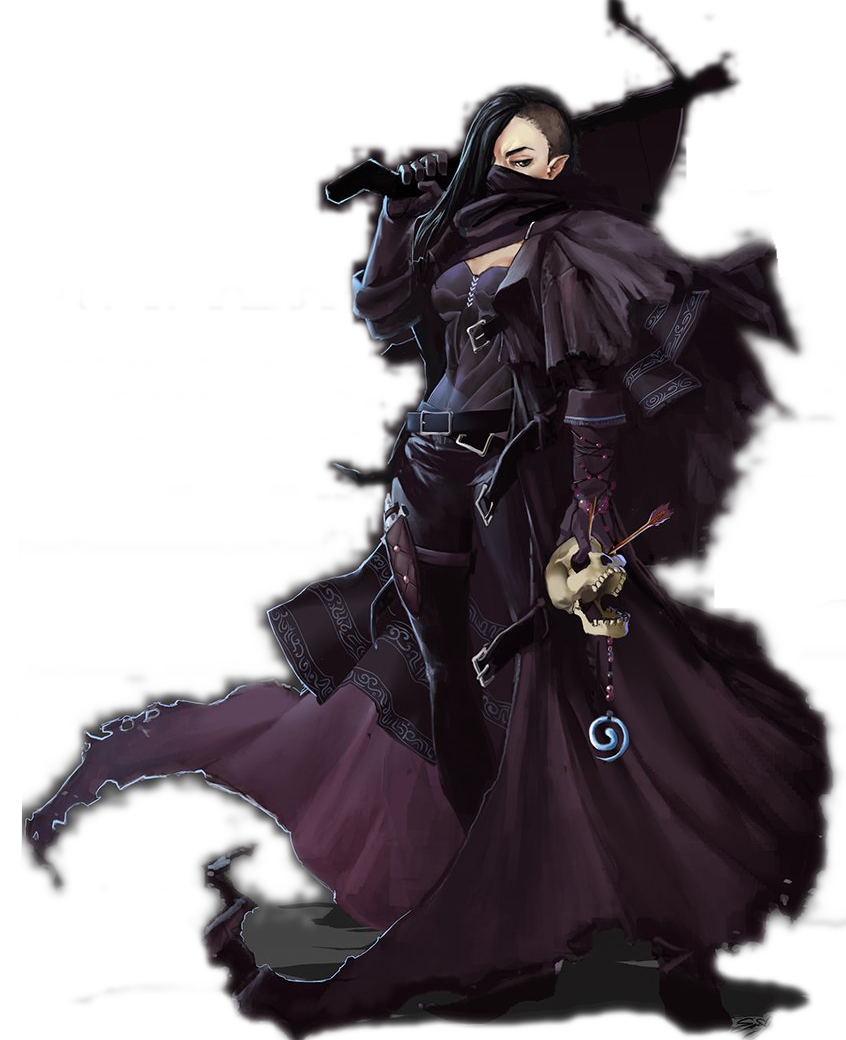 Firbolgs may look like giants and in many ways they are sharing the same giant-kin ancestry however i have been fortunate enough to fight alongside a clan of firbolgs in my travels. When provoked to anger, and it does take a great deal of provoking, the firbolg replace their calm and collected deamenor with a rage that only be likened to a storm. Magic and spells are thrown left and right and the firbolg themsleves grow many more feet in height, propelled by a burning desire that turns their actions into a hurricane. When all is said and done the firbolgs gentle demeanor returns and all around them evidence that the eye of the storm was overhead.

Often regarded as the "First Great Cheiftan" of the Firbolg tribes of legend. He was the shepard that lead Firbolgs from beyond The Shimmer to the uncultivated lands of Verra'Talu. When the firbolgs first arrived the land was barren, and it was Silver Birchs expert craft and skill that turned the barren soil into the lush area of vegetation we see today.
Traditional Music
Species Divide
Stems (Male) / Petals (Female)   Average Lifespan
300-400 Years (Maturity: 50)   Average Height
9"-11"   Customs


Remove these ads. Join the Worldbuilders Guild
On the People of the World