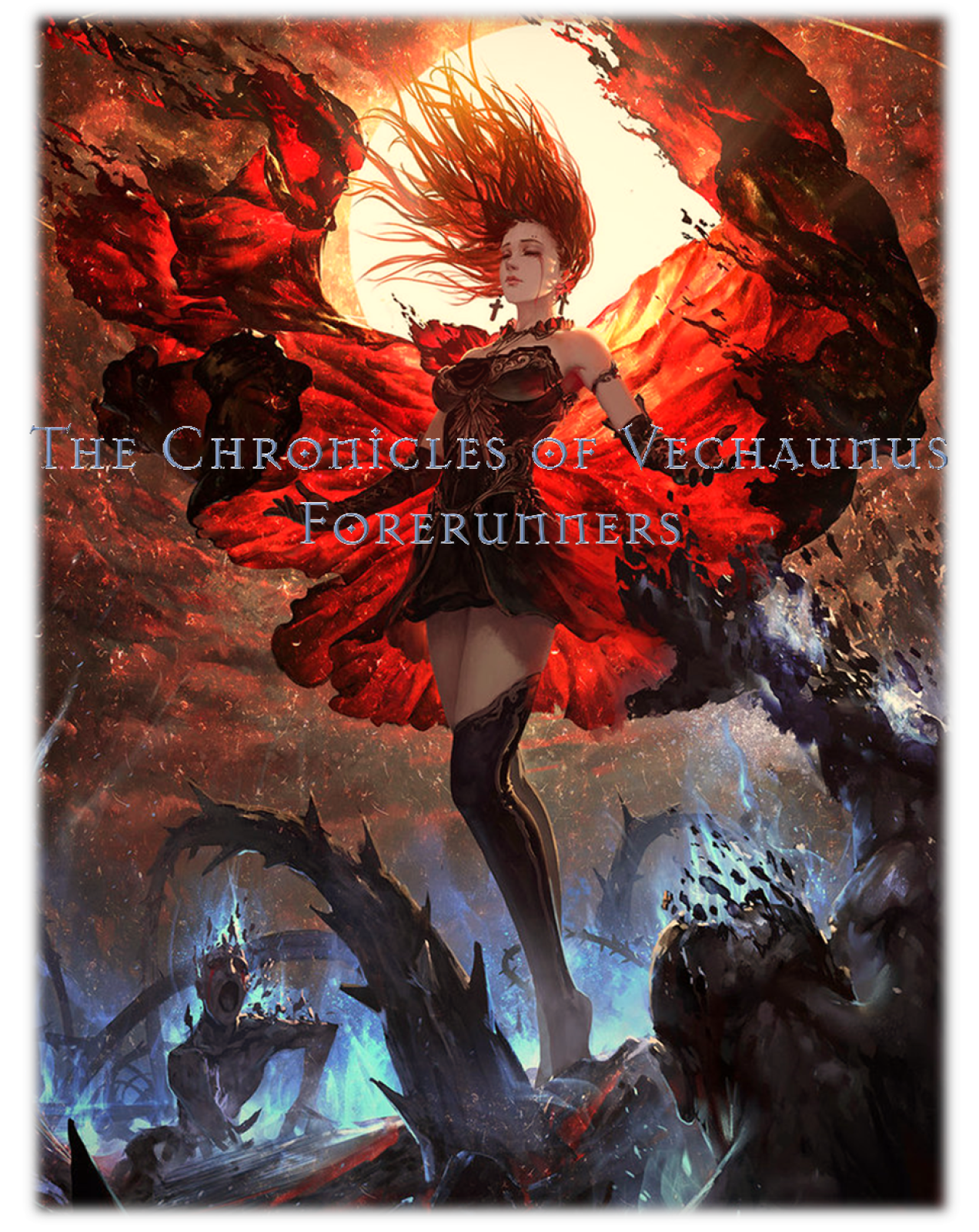 Xeriana
Vechaunus is a vast and diverse world, created by the One True Light, through the hands of His four Guardians. These Guardians set about creating the four elven races and gave each of them a continent of their own. The elves each created a paradise for themselves, according to their own desires.   Yet, the world would not stay peaceful for long, soon the fifth, and now unknown Guardian, betrayed the Light and his fellow Guardians believing himself to be a god equal to the One True Light.   During the Shadowsoul war, this fifth guardian was defeated and imprisoned. His minions were scattered or cursed, including the Orcinnium Elves that joined him. Yet the world is still plagued by these minions, and the taint Shadowsoul left behind. Now Vechaunus is home to many vast races, forever changed landscapes, and untold ancient relics from a war not soon forgotten.   It is in this time of change that heroes will rise and fall as they discover what The One True Light has in store for the destiny of Vechaunus.
Vechaunus Discussion Boards

The content of Qutis is the center of Vechaunus, but its history is a dark one. Will hero's rise like those of the past, or be swallowed by destiny's demand?

Curiosity is a young (by Gloamling standards) and energetic Gloamling roaming the world as the Seeker. He is skilled in both water and healing arcana.