"But I'm already here." A disembodied voice danced in from the corner, and Jake felt his breath catch as a green scaled dracoling emerged from beyond the Veil, her fine black hair following the curves of her face to her chin. A delicate purple dress clung to her voluptuous form, its ethereal fabric draping to the floor as it attempted to mimic the allure in her eyes. She reached upward with her right hand, gripping one of the bars of the cell as her gaze traced up and down Jake's full stature with a lustful satisfaction. "Hello, babe. Miss me?"
— A Date with Destinee

A confident and powerful deceased necromancer, Zaphne Davis serves as a Senior Intelligence Officer for the Mordena Security Council. In addition to the standard duties of her role she frequently accepts special assignments from Jake Cartwright Lawrence, typically in support of Mordena Public Relations although sometimes also personal in nature.

<People do tend to appear differently after they're dead. It's just a manifestation of who you feel like–> She cast a sultry smile at Jake, biting her lip as she looked up at him, and he found himself captivated in those purple eyes again. <–which is why I always look so sexy around Lawrence.>
— A Date with Destinee

Zaphne is deceased, possessing no physical body unless using her Necromancy to enter the mortal plane. As such, her physical condition when doing so reflects not only her appearance when she was alive but also her moods and preferences when slipping from The Afterlife.   Around Navarch Jake Cartwright Lawrence Zaphne typically appears short is stature with particularly voluptuous curves and expertly applied makeup. Her physical persona for undercover work and professional settings reveals a slightly taller, slightly thinner variation, typically without makeup. In all manifestations she is a green skinned dracoling with black hair and alluring purple eyes.

Zaphne carries an innate confidence regardless of her outward appearance or present company. She is talented and powerful and she knows it, Void help anyone who crosses her or someone she cares about.

As with her physical appearance, Zaphne's clothing choices also depend upon her mood and purpose when entering the mortal plane, although she has been known to make adjustments upon arrival as well. Most often this includes civilian wear, for both undercover work and pleasure, although she will appear in uniform when appropriate.   Her official options for uniform include not only the standard plain black with red collar trim and the triangular red and black Mordena logo, but also red leadership striping on her trousers due to her status as a team leader and Senior Intelligence Officer. As a member of the Mordena Security Council she is also permitted to wear the inverted Mordena logo, where red and black are swapped.   Regardless of her clothing choices, the clothes themselves are merely an extension of her manifestation rather than a physical item on their own. As such she can readily alter its appearance to suit her needs, and removing an item of clothing means it simply disappears.

Inspired by tales of a powerful necromancer assisting in the reclamation of the Phoenix Assembly, Zaphne obtained her initial knowledge in Necromancy courtesy of a shady practicioner on Baden. Struggling to make ends meet while paying off her lessons, and picking up some basic Zokinesis from the Baden underground in her efforts to resolve the problem, she eventually ran afoul of the Mordena, before being recruited by that same organization. She completed her magic training as an apprenticeship under several of the Void Necromancers of the fleet, despite her lack of Cosmic Attunement, before claiming a position with the Mordena Security Council as an Intelligence Officer.

Zaphne now works as a Senior Intelligence Officer for the Mordena Security Council, coordinating a large and scattered team of agents and analysts throughout the many factions of the universe. She's also always on call for Jake Lawrence, to support any special requirements which may come up during his work as Navarch of Mordena Public Relations.

Zaphne wants to help people, although the specifics of this desire have changed and adapted over time. Originally this desire centered on appeasing her parents in a losing battle to gain their approval. Over time this has morphed and changed, with the Mordena and their clients among The Freeholds now holding her priority.

Zaphne maintains a close personal friendship with Jake Cartwright Lawrence, even claiming a spot as a regular on The List, although her interest in Jake does not extend into romance. He often assists her in exercises meant to improve her focus and endurance when casting her magic.   By extension she has also formed personal relationships with many others on Jake's List. She will often keep Lieutenant Yaevin Felix apprised of her intelligence efforts in addition to her superiors in the Mordena Security Council, with the katanoj often passing on the more interesting tidbits to Jake, or occasionally assisting in her team's efforts. Dak and Allie Doana have often assisted her with data verification and analysis, while Lira Noakes will periodically send copies of her notes and interviews in case they reveal information of interest to the Mordena.   Zaphne is also quite close with her team, personally checking in with them on a regular basis despite their scattered bases of operation throughout the universe, courtesy of her skills in Necromancy.

Zaphne was never close with her biological family, her parents too wrapped up in their own wants and what they expected of Zaphne to help fill them, her siblings too judgemental of her choices to step away from that dynamic and too eager to blame her instead of their parents for the additional expectations lumped on them upon her departure.   These days the Mordena are her family, and provide all the love and acceptance she could desire. 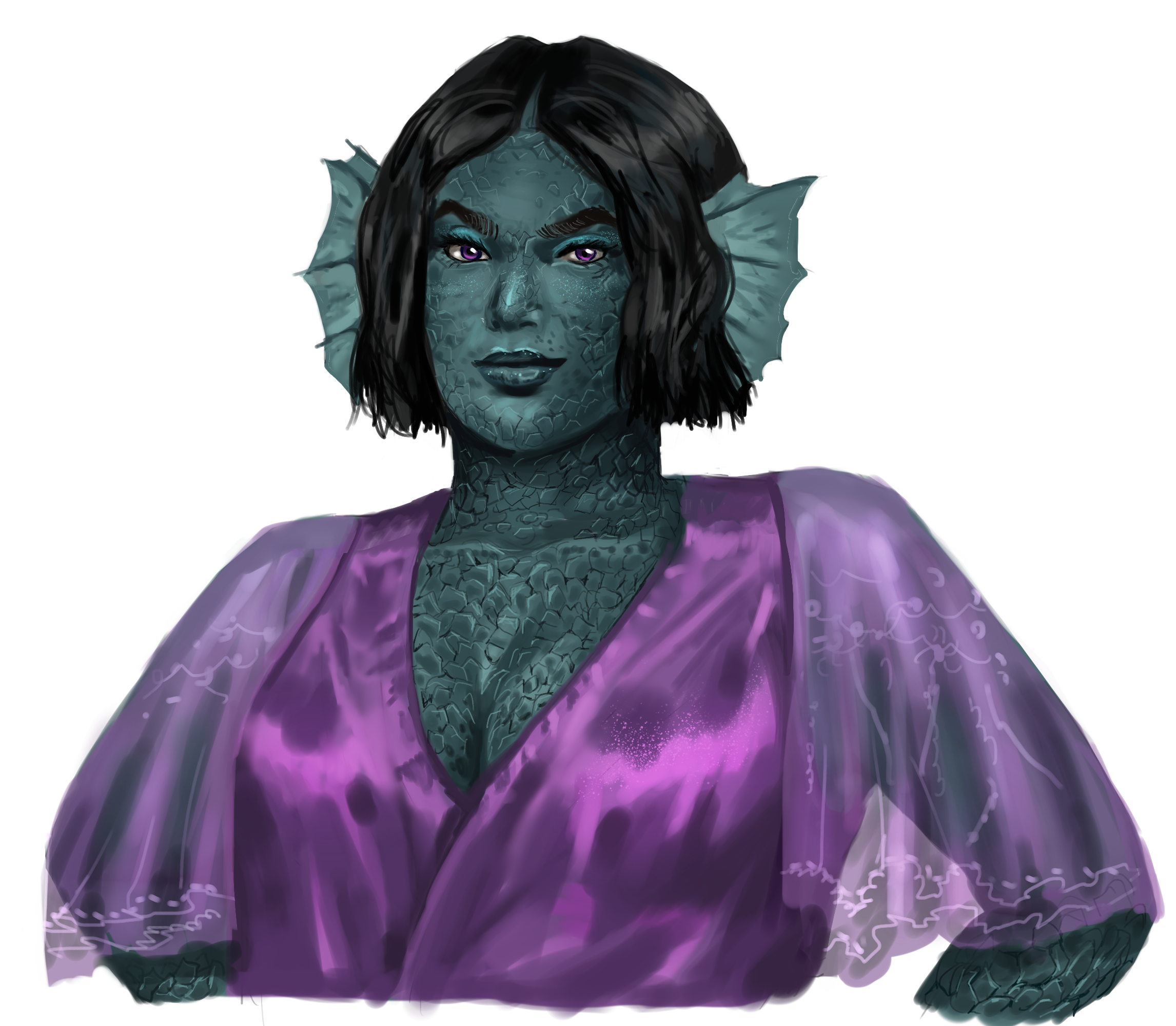 We all die. Some of us many times over. Each death is a gift, a chance to reinvent ourselves. A metamorphosis into who we have been becoming.
— Zaphne

Necromancy is the magic of the soul and the Veil, allowing direct contact with the souls of others, or manipulation of space and time by temporarily phasing to the higher ascended spiritual planes.

Part waiting list, part lottery pool, The List names those who have requested a date or romantic evening with Jake Cartwright Lawrence, heir to the Mordena.

An expensive and ferocious band of mercenaries, the Mordena have earned equal parts respect and fear throughout Vazdimet. Few outsiders understand their true motives.

A rugged, stubborn people, well known for their distrust on the rare occasions they accept outside help, the planet of Baden has nonetheless embraced their reputation as the Birthplace of the Mordena.

Beloved son of Shane Lawrence, founder of the Mordena, Jake built his own impressive reputation as a talented Shielding Mage with an uncanny ability of blending the strengths of magic and technology with remarkable results.