GB is two and a half feet tall, with long, straight golden-blond hair. He is lithe, agile, and not at all muscular. He’s got He’s usually got a grin on his face and his tail usually wags with a slight preference to the right.

Quadrupedal. You know. Cause dog. Covered in golden-blond hair with a white chest.

The white from his chest extends up his lower jaw, around his snout, and up his forehead in a single, gorgeous racing stripe.

A collar with a small crystal arcane focus dangling from it.

Steampunk-style Arcanomechanical Armor covers his torso and lower neck, but doesn’t come up onto his head. It has seemingly superfluous gears that don’t turn and thin copper tubing. Small runes cover these pieces and offer greater protection to force damage.

GB is an awakened canine turned wizard. He grew up on a goat farm near Cinderhaven. Born to mundane golden retriever and Australian shepherd parents, the wizard Hobbes magically raised his intelligence and taught him in the School of Invention. He watched from that farm as Hobbes worked as a head of the resistance against the vampire king of Cinderhaven. When he’d acquired control over the smallest of the magics that weave through the world, GB asked to join the fight. Hobbes introduced him to a cell, knowing his student understood the risks, and GB worked with the Phoenix Dawn through the fall of the King and beyond. His day job changes quickly as GB’s curiosity is insatiable and his attention span is short. He gets restless after about three weeks of serving drinks and begins dreaming of working in the kitchen or the flower shop next door, or there’s that really interesting potion shop!

Hobbes taught him the rudiments of wizardry and he has been self-studied ever since.The School of Invention is largely about self-discovery, though there was also that semester abroad at The High Academy for the Celestial and the Occult.

The death of Hobbes weighs on his heart. So much so that he doesn’t quite believe that he’s seen the last of his master and mentor.

GB is relentlessly positive and friendly. There are two types of people: GB’s friends and people that don’t know they’re GB’s friend. He is primarily concerned with satisfying his curiosity and pleasing his friends. He lives in the moment. He stops to smell the roses…and everything else.

GB finds great pleasure in the praise of others and finds himself greatly swayed by it, even if it seems obviously false to others. Unperceptive of people's ulterior motives; if it isn't on the surface, he probably doesn't see it.

Nearly none at all 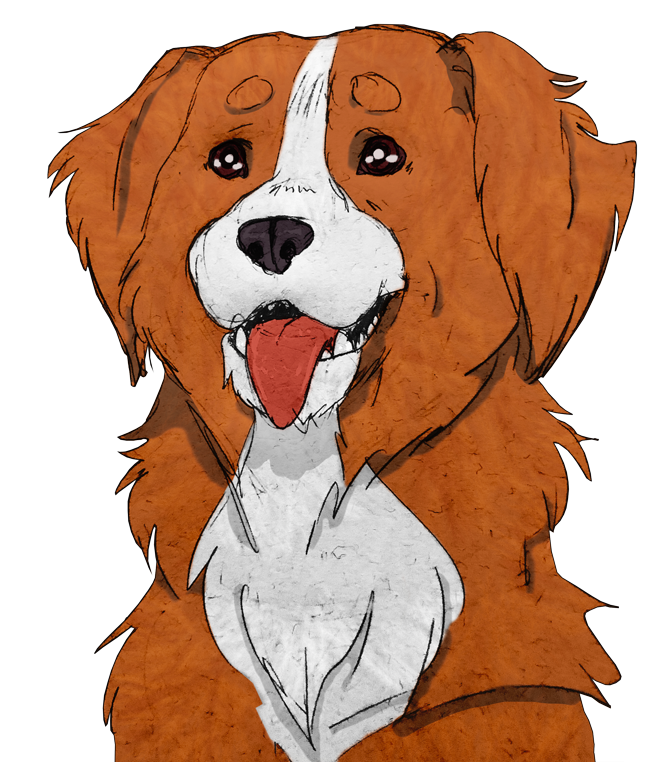 Alignment
Neutral Good
Current Location
Cinderhaven
Year of Birth
1196
Circumstances of Birth
GB’s body was born to a mundane golden retriever and Australian shepherd parents, but his true birth occurred when the wizard Hobbes Awakened him when GB was about 6 months old.
Birthplace
A farm outside of Cinderhaven
Spouses
Siblings
Children
Current Residence
Studio apartment in Cinderhaven
Sexuality
Not interested
Gender Identity
Male
Eyes
Big, brown, and puppy-dog
Hair
Long, straight, and golden brown
Height
2'6"
Weight
55 Ibs
Quotes & Catchphrases
“Have you heard about the School of Invention?”
“We’re with the resistance!”
“I got fired again.”
“I got a new job!”
Aligned Organization
Phoenix Dawn
Known Languages
Common, Dwarvish, Giant 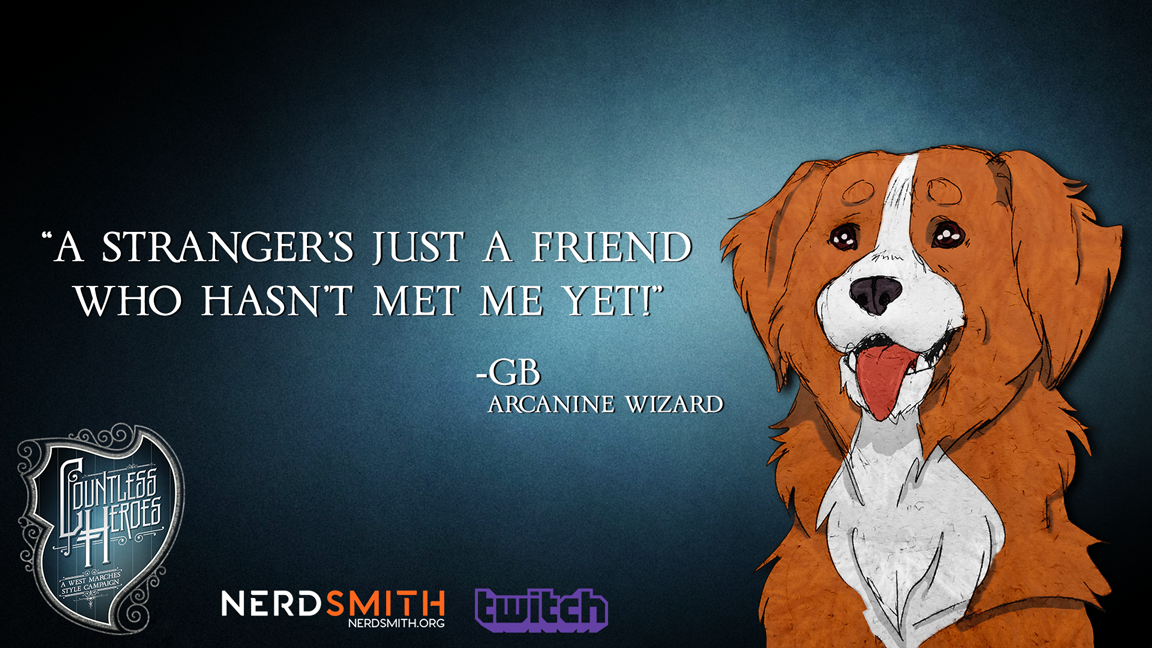