Pylo (Put your lights on)

Put Your Lights On

Varitinera    Trenzar    Characters      Pylo
A conceited Hunter known for using unconventional methods during competitions. This reputation has led to lucrative deals protecting high encounter areas. When not working it hangs around taverns with it's two friends Renn and Flavio loudly regaling it's exploits. It's attitude lead to Miura clawing it across to face during a celebratory drinking session. After the harsh wake up Pylo confronts Miura at the market. It's forced to admit that it's uneducated, and makes a deal for some writing and reading lessons. (eventuality learns to make maps as well).   As Synphon Pylo and Miura become extremely successful with plenty of earnings. These proceeds were used to contract construction of a cabin on Pylo's territory.   It's left leg is crippled after a fall during a rock slide while competing. This left it bedridden with Rot for an extended period of time under the care of Mc. In an effort to cheer Pylo up Miura gives it Caer -Trenzar- as a gift. When Pylo recovers enough it frequently brings Caer with it to the competition grounds.   After a strange explosion and wildfire in the area it searches for Miura and Caer in vain. It escapes the fire and hostiles when it was tricked into joining a crew of pirates functioning as their navigator.   Spending years on the sea, a successful attack on another vessel leads it to Mc. Learning that Caer might still be around Pylo returns to Noord.   Pylo chooses to live on the edge of a port town selling wares briefly encountering Seven-seven -Trenzar- when it passes through.

Has a lame left leg. 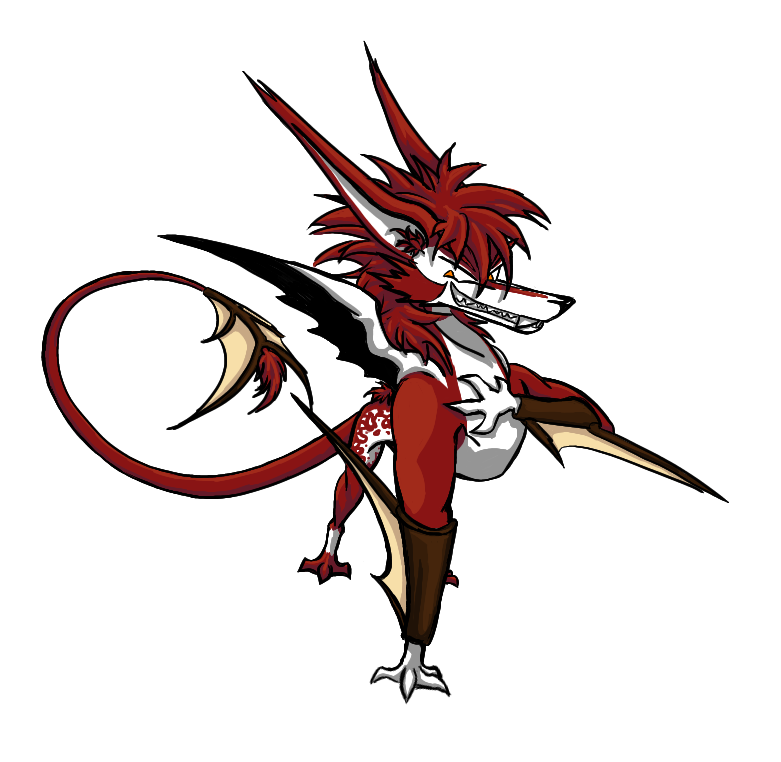 During their initial meeting, Miura rips off some of Pylo's face after having to sit through its boasting. Pylo once accused Miura of making Caer turn out wrong, pointing out the yellow marks on it. 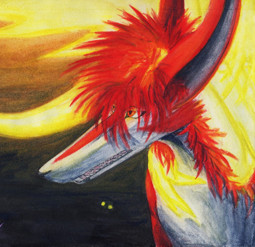