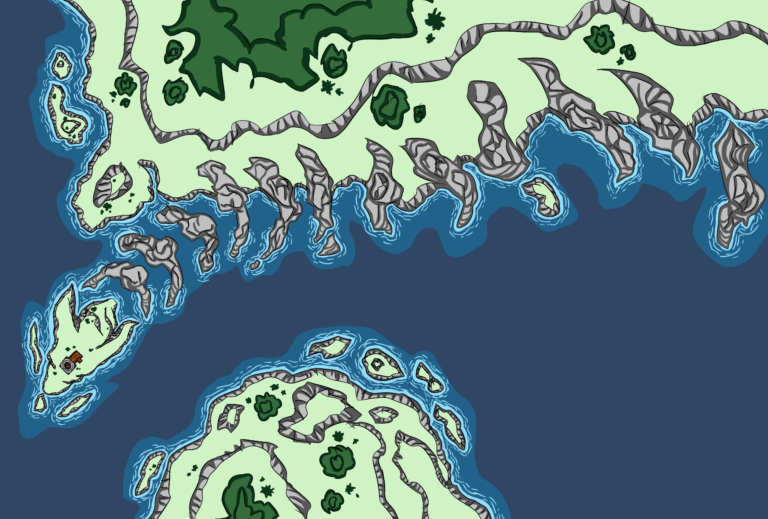 A strait leading to the sea lined on both sides by steep jagged cliffs. Tall rocks jut up from the water vaguely skeletal in appearance. Underwater the formations get considerably wider making passing through the strait a feat during very low tides.

Sailors use to bribe Morcant to safety guide them, however it was difficult to find one willing to do so. Most would just declare the currents there were too strong and decline.    After numerous shipwrecks a lighthouse was built to help safely guide ships through the strait. Guidelines were established stating that ships heading towards the sea must pass through when the tide is coming in, when leaving the sea it must be when it's going out.
Type
Strait