Realm was born in the Stryder family, he is the only child of Mikan Stryder and Phoebe Stryder.   They lived in the old capital of Narinor, Samaria, where Realm was born.

When Realm was six years old, his father locked himself and his family into the cellar. With them there were a few humans. His father commanded that they drink the blood from the humans. His father believed that a true vampire drank blood from the vein. His mother however didn't believe in that and refused to drink. But because, Realm was so young, he needed the blood to survive.   After 60 days, vampire hunters, with a few vampires of the noble families, broke the lock. Only two humans were still alive, the vampire hunters sentenced his father to death and wanted to kill Realm too. The vampires intervened, because of Realm's age. His mother was examined and when it became clear she hadn't drank any blood. So she was free to go. The vampire hunters killed Realm's father before his eyes, with a silver bullet.   His mother tried to shield him from it, but when he closes his eyes, he still can hear the shot. 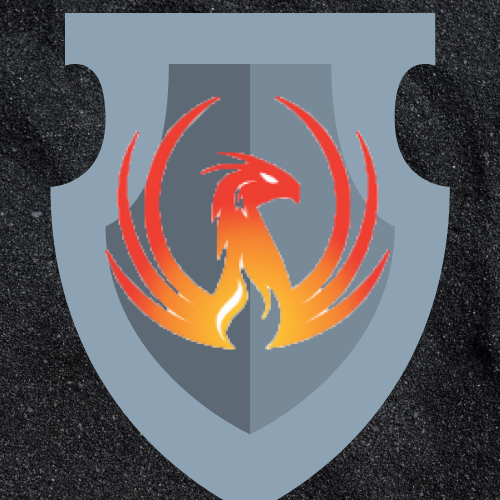 The family's symbol is a burning Phoenix.

Realm has a talent to hear rhythm in everything, so music is his favorite lesson.

Realm's room is a generally "organized disarray" with some shorts, t-shirts, and under-garments that don't always make it into his clothes hamper. He has a vanity to make sure his "just out-of-bed" hair is perfect. He uses a gel and hairspray that leave enough residual color that he can see just the crimson streaks in the mirror, because of all the old hairspray still cooked on to the glass. His desk and the area around it, are covered with speakers and electronic devices in various degrees of repair. This is his hobby.   He has his family crest set on canvas, which hangs above his bed on the wall. He also has a couple books, although his short attention span makes it hard to read a book from cover to cover. Only after he is bored with them, he forgets to put them back on the bookshelf.   He always keeps his bed in order, because that is where he sleeps.

He is studies at the Red Tempest Academy

He is the son of Mikan Stryder & Phoebe Stryder-Vigil

Realm loves to make his own music.

My family motto is. Greatness rises from the ash!
— Realm

I really like how you said so much about the character with just a few details - even though I of course know where you got your inspiration. That is top-shelf worldbuilding. Well done!