The Towers, the Fingers of God

The Pillars of the Land

There stand, across the world, five towers of solid metal. They are monumental things, piercing the fleecy clouds. A soft ringing emanates from their inner rooms. And around them, flitting like many bright flames, are Dragons. Once, the towers were singular and untouched, richly decorated with carvings, hieroglyphics, and many architectural reinforcements leaping down towards the earth like wings. Today, all the towers have been cleaved in half from top to bottom, as if they were trees struck by thunderbolts. And their ringing is heard almost not at all.

These five towers are made of a single metal: copper, bronze, brass, silver, or gold. Their respective guardians are similarly colored Dragons, who are not merely intelligent beasts but minor fire spirits incarnate in flesh. Together, the metal towers are called the Pillars of the Land. Their chief function was to hold up the air and the starry firmament where the gods dwell in splendor.

They were also vital in maintaining the coherence of the Mundane Realm and Faery, distinguishing them from each other and both from the purely spiritual realm—preventing their sublation or uncreation into the Valley of the Shadow of Life. Their corruption was a chief objective of Gendûet Seat of Judgement. The towers acted as points of contact for the spread of Gendûet's spirit, power, and will into the Earth.

Being once physically set between the Heavens and the Earth, the Metal Towers had unique properties as locations. They truly dwelt in all the spheres of the World: the Mundane, Faery, and the Valley of the Shadow of Life. As such, they were incarnate physically and could be interacted with, but had unearthly qualities. These unearthly qualities are hard to describe. In many ways, the towers were similar to the peoples of the world, and it could be said that the towers had their own unique animation, just as a person is uniquely animated to move, speak, and feel. So they could be communicated with, though the means to do so were well-kept secrets by their draconic guardians.

Now, though they are no longer physically between the Heavens and the Earth, they still maintain a weaker purely spiritual and metaphysical link. This is why the gods, while once often physically present to supplicants, are now only seen through visions.

The Towers were destroyed during the Sundering of Nelqora. Vahan reordered the World and split the Heavens from the Earth, cleaving it. The violence of the act shook the Towers to their cores, and ruined them.

It was hypothetically possible to climb the towers and reach the place of the gods. These towers, although physically limited according to sight, were larger from the inside and stretched into the outer spaces.

Many have tried to climb the towers. None have succeeded. The Dragons will not let anyone through, and a pack of a hundred Dragons is enough to stop anything. The Metal Towers are sacred and cannot be touched by any hand other than theirs. Detheril the Mariner, the greatest champion of Man, was not allowed in. Instead, he beseeched Lur Seat of the Sea and asked him to bring his white ship up into the Heavens so that he could approach the gods and bid them to help in the Wars of Hate.

The Copper Tower stands in the jungles of the Xakapu. The Copper Dragons there guard it against the Pirisqwik savages who long to raid its rooms for a cure to their curse. The Bronze Tower stands in a valley in the Western Mountains. There, the Bronze Dragons have their seat of power, and guard the secret of its location. The Brass Tower stands in the lands of the Naharaim. The Brass Dragons there are treated as gods and a great priesthood was established to follow the wheeling shadow of the tower, all the while offering sacrifices to their Hearts of Anu. The Silver Tower was supposed to stand in the broken lands of Moinen, far to the east. It was destroyed in the final wrath of the gods, when they came to capture Gendûet Seat of Judgement. The Gold Tower stood on the lawns of Boryen, which are now called the Relics of Boryen, an archipelago. It was also destroyed. 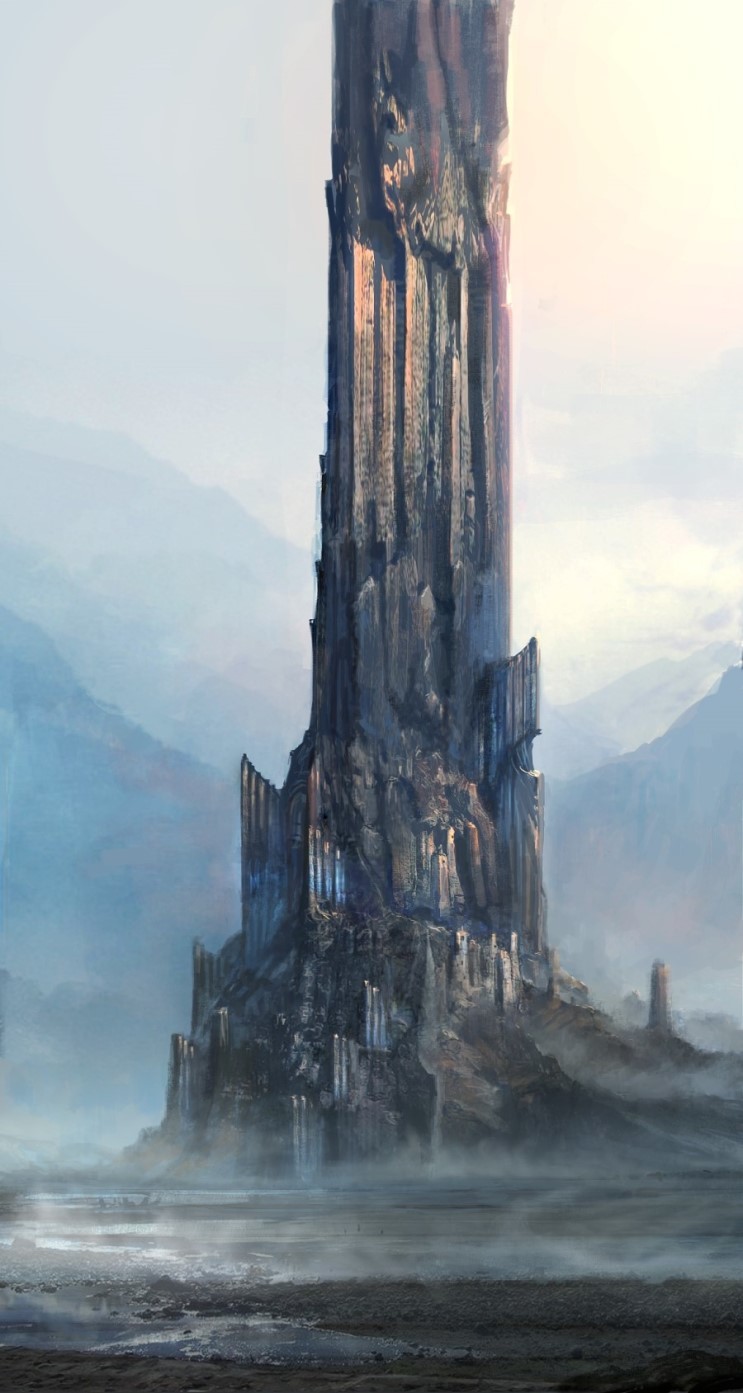