The Stars and the Wandering Stars

There are seven wandering stars that revolve around our local star Lerluft-Hiffne, named after the Seat of Day and his horse. The name is often shortened to Lerluft, or simply, Lerl. Revolving around Lerl is our world, Val'Vahan, the foundations of which are borne on the back of Yernaud. Val'Vahan is the third world in the series of worlds which move in an elliptical pattern around the star Lerl. The Moon, identified with Nos or Shpl, revolves around our world.

There are stars innumerable in the sky. These stars do not disappear during the day but become invisible as Lerl's light overpowers their meager brightness. These stars are important for navigation and pathfinding, and the most important constellations are listed, below.

We know these things because of our science of astronomy, as explained by the Wizards of the Gallery of Magic in Juraedon.


In sequential order from the worlds closest to Lerl, named in the Common tongue: 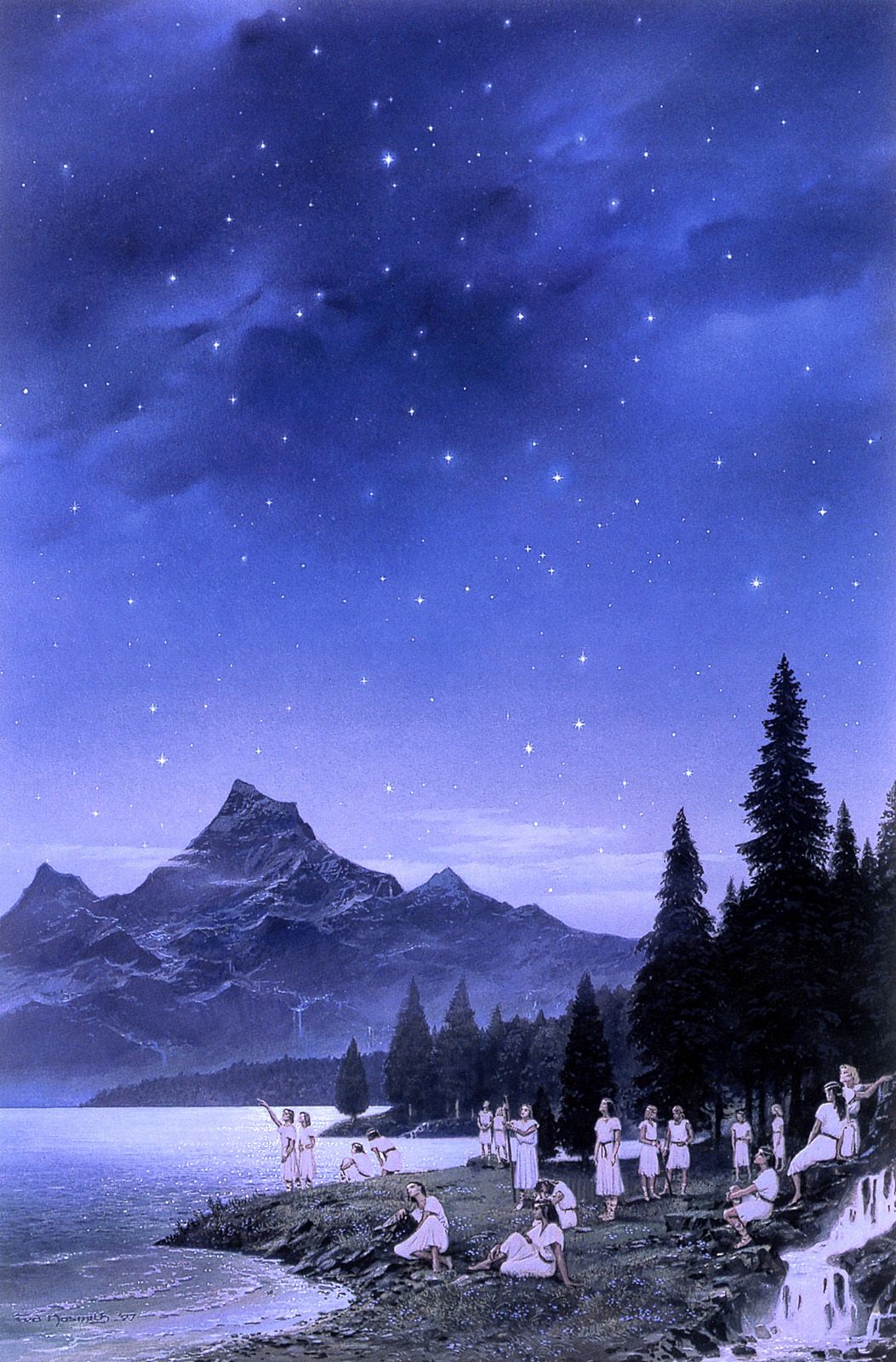 A Description of the Gods of Qallanism

Magic Users of the West