More correctly this event is called the Founding of Jelum, which was the former name of the city of Juraedon. It was so named because Jelum was the name of the royal house that ruled Nelqora at the time. For this article, Juraedon will be referred to as Jelum.

Jelum was founded around Year 1370 of Nelqora. Situated on the Beart promontory, it remained a small coastal village until the establishment and growth of other Nelqorana colonies. Due to its placement between the Orridental and Erub and that it straddled the later and manmade Elsmere strait, Jelum quickly grew to prominence and importance, becoming a political, economic, and cultural force uniquely Nelqorana with a continental flavor.

The first structure built in Jelum was the Lighthouse of Angh, which stands to this day. Standing on the Isle of Nimas, it is the first light a southward-bound ship sees when it begins its travel towards Juraedon. Not only a lighthouse but a watchtower as well, the Lighthouse of Angh has many tools to deter unwanted ships or combatants. 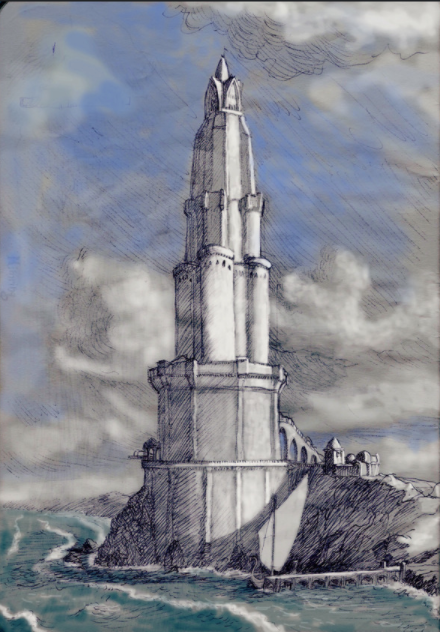