San-cian, the City of Green Jade, stretches out across the flat plains between the Dei He and the Yoo Nie like a great tarp. The city is, as its namesake says, carved out of jade. It is carved of jade of various colors, from darkest green - almost black - to the palest white. The city is mostly built from the jade mined in the southwest, but the core of the city, the tall and fearsome palace of the Great House Guli, is carved out a single mountainous block of that stone. The jade of that block is of the purest sort, and its shade is an emerald green. Naturally, the palace is adorned with other, more colorful, ornaments. Rings of gold, tiles of jet, and great stone palisades and courtyards build up the seat of the Great House 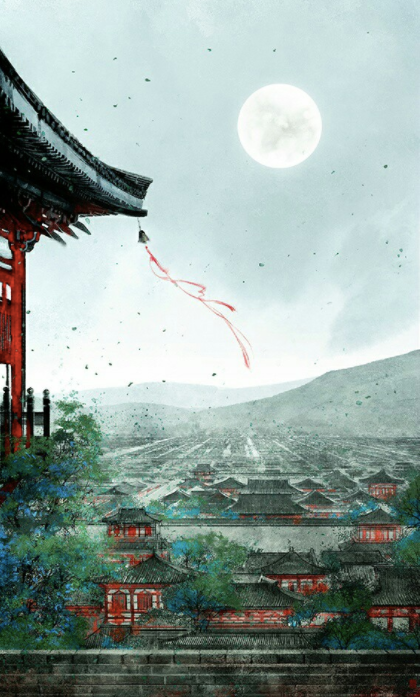